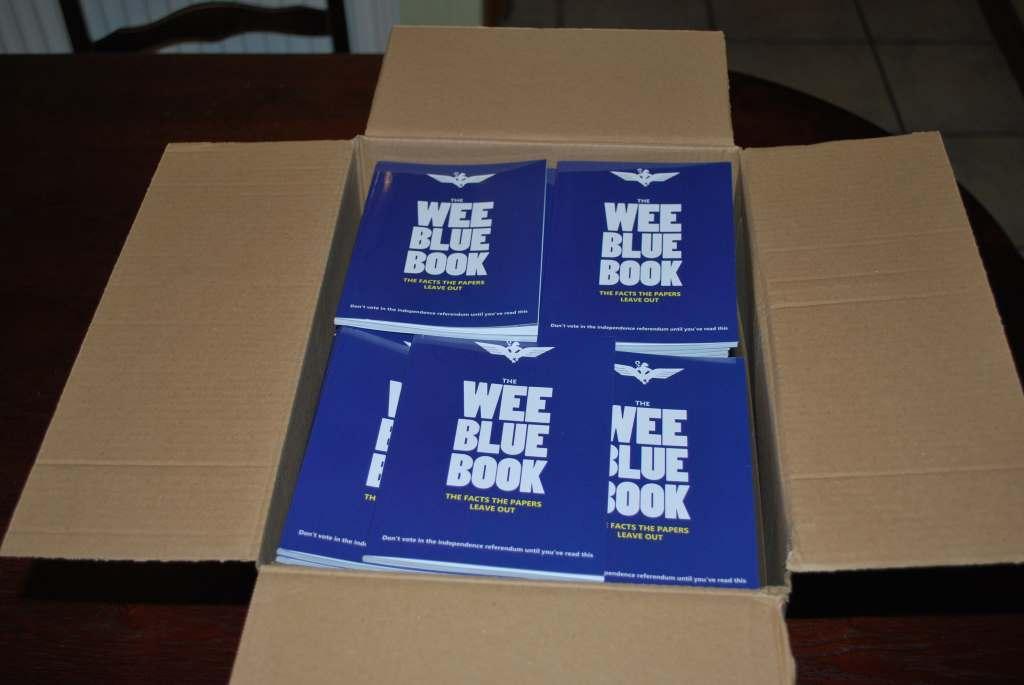 KEEPING up with the activies of the media phenomenon that is Wings Over Scotland would wear out your mouse.

Just five hours after launching his yearly fundraiser, editor Reverend Stuart Campbell – or Rev to some of his more avid commenters – had already surpassed his PS45,000 funding goal.

CommonSpace spoke to Campbell about the state of the website, his plans for the future, the media and the General Election.

“All I can say is that Wings seems to have filled a gap nobody else was filling,” Campbell explains.

“The Yes movement has a wide online presence, but nobody else is doing quite what we’re doing – debunking party and media claims forensically with cold hard facts, and trying to throw in a few laughs too.

What began as one man’s ‘media monitoring’ hobby grew a following and eventually built a community large enough to fund the labour of its creator.

Coming from a background of video game journalism, Campbell’s writing is mixed with the verbal volleys of tabloid political hacks and the sarcastic humour of the gaming world.

“I guess the best stab I could make is that we’re trying to be the Private Eye of the indyref.” Rev. Stuart Campbell

“It’s easy to get people angry, because the world’s full of injustice, but negativity is corrosive – you end up thinking everything’s hopeless and just give up in despair. It’s why half of Private Eye is serious journalism and half of it is jokes, because otherwise you’d slash your wrists after two issues, the stuff in there is so enraging and so ubiquitous.

“So I guess the best stab I could make is that we’re trying to be the Private Eye of the indyref, and Private Eye does really well, so maybe it’s just a good formula,” Campbell says.

The independence referendum was the driving purpose for site supporters. Wings has attracted three million unique readers over the past year. Before the referendum last year and through a keen volunteer network, 300,000 copies of a ‘Wee Blue Book’ containing independence facts were even distributed across Scotland.

After this binge of activity came the hangover. On 19 September, Campbell was devastated. In a style that energises his enthusiasts and enrages his detracted, he tweeted: “Honestly, if you voted No yesterday, fuck you forever.” He needed a holiday.

Campbell has at least a PS9,000 budget for freelance contributors and a further PS5,000 earmarked for Scotland-focused opinion polling.

Having written over 1,200 articles in the past year, Wings hopes to expand its output and provide scrutiny of the media and unionist politicians during the General Election.

“Since Jim Murphy took over Scottish Labour it’s occasionally felt like we were just turning into the Murphy Rebuttal Squad – because he was a flurry of activity when not much else was happening, even if much of it was idiotic activity – and that gets a bit dull,” says Campbell.

“So it’ll be good to try to get some fresh perspectives from people who perhaps don’t think about things the way I do.”

With another year of funding secured, Campbell has at least a PS9,000 budget for freelance contributors to make this happen – and a further PS5,000 earmarked for Scotland-focused opinion polling.

Previous Wings polls identified key dividing lines in the referendum. Yes voters, for instance, were found to be substantially more liberal and left-wing than their No voting equivalents.

The most recent results, however, deflated some of the moral certainty of independence advocates. The difference in social views between Scotland and England was insubstantial on a range of issues, and Scottish voters even backed nuclear weapons.

If Wings functions as a campaigning and information site, why publish information that may damage the case? Does transparency trump Campbell’s own political beliefs?

It turns out such transparency is part of a desire to take on complacency among his own readers: “If we want to persuade the Scottish people to vote for independence we have to understand them… There’s a danger that any movement becomes an endless echo chamber – because you only encounter like minds, you reinforce each other, and end up thinking that everyone feels the way you do.

“The most depressing – and destructive – elements of the Yes movement are the ones that try to impose a rigid, intolerant set of values.” Rev. Stuart Campbell

“By publishing our poll findings we remind everyone who reads them that you have to hear what the public’s telling you, not what you wish they were telling you.

“The most depressing – and destructive – elements of the Yes movement, for me, are the ones that try to impose a rigid, intolerant set of values and say: ‘If you don’t unquestioningly accept all of this then you can’t be part of our independent Scotland’.

“That’s massively counterproductive, and by publishing polls whose findings we might not personally like, we’re trying to remind those people that they need to reach out to mainstream, normal Scotland, warts and all, not just sit around patting each other on the back about how politically correct they are.”

The General Election is where two possible extremes – of complacent failure or dramatic breakthrough – meet for independence campaigners.

A 45 per cent vote for the SNP would sweep the board of seats in Scotland. But under the ‘first past the post’ electoral system, a small swing to Labour could change things dramatically.

Campbell thinks Labour will struggle to find its way back from its polling abyss. Referencing Alex Massie in The Spectator, he asks: “If you’re one of the 45 per cent of Scots who voted Yes, why on earth would you turn round and vote for a Unionist party now, let alone one as shambolic as Scottish Labour?”

So once again – to strengthen the hand of those who want more powers for Scotland – Campbell plans to fund an information drive titled ‘Project Red’, the child of his previous ‘Wee Blue Book’ printathon.

He remains tight lipped on the details, but whatever its nature and scope Campbell will face some familiar adversaries in Scotland old mainstream media.

Last week he was the subject of two Daily Record editorials which accused Campbell of stoking abuse of a nurse who posed in Labour election material.

“The PS20bn lie the Record put on its front page was such a ham-fistedly crude, transparent piece of untruth that it must be cripplingly embarrassed.” Rev. Stuart Campbell

The attacks on Wings followed Campbell’s successful action to the Independent Press Standards Organisation, which ruled that the Record had “significantly misrepresented” the case on further devolution on its front page in its ‘vow delivered’ coverage of the Smith Commission (click here to read more). When it comes to sticking the boot into such misreporting, he doesn’t hold back.

“I mean, nobody likes being put under scrutiny, but the PS20bn lie the Record put on its front page was such a ham-fistedly crude, transparent piece of untruth that it must be cripplingly embarrassed,” says Campbell.

“There’s no way Torcuil Crichton [Daily Record journalist] is so stupid as to have actually believed Scotland was really going to get tens of billions of pounds extra to spend after voting No, in the middle of austerity, so I can only assume everyone at the Record had been at someone’s leaving do that night or something.

“And when you’re so arrogant or inept as to think you can get away with a lie on that scale, of course you’re going to be furious when you get humiliatingly pulled up on it, and when your attempt to bury it in a pathetic little corner of page two is scuppered by someone rubbing your face in it in front of a large readership.”

His adversarial style combined with a willingness to take action against the media is unlikely to have won Campbell many friends in the more sensitive corners of the press pack. Last year, he won over PS6,000 in damages from The Scotsman after an the paper published inaccurate accusations against him. (click here to read more)

“Some journalists are happy to chat to me in public, others only behind the scenes, and lots are hostile to varying degrees.” Rev. Stuart Campbell

And it seems that some journalists prefer keeping their communications with Campbell private, away from the eyes of judging colleagues: “Some journalists are happy to chat to me in public, others only behind the scenes, and lots are hostile to varying degrees.”

Wings and Campbell have also not been short of criticism.Campbell’s comments on Chelsea Manning’s transgender identification, issues surrounding women’s rights and a general tendency to be offensive have embedded a sense of hostility towards the site into some campaigners (especially proponents of intersectionality feminism).

But his journalism is not based on popularity: “At the end of the day I started Wings because I believe in independence, not to make friends or advance my career. The fact that it’s turned into a living has been a nice surprise,” he says.

Almost PS90,000 has been raised to keep Wings flying for another year. Campbell will be around for some time to come, and that fact will stick in the minds of friends and foes alike.