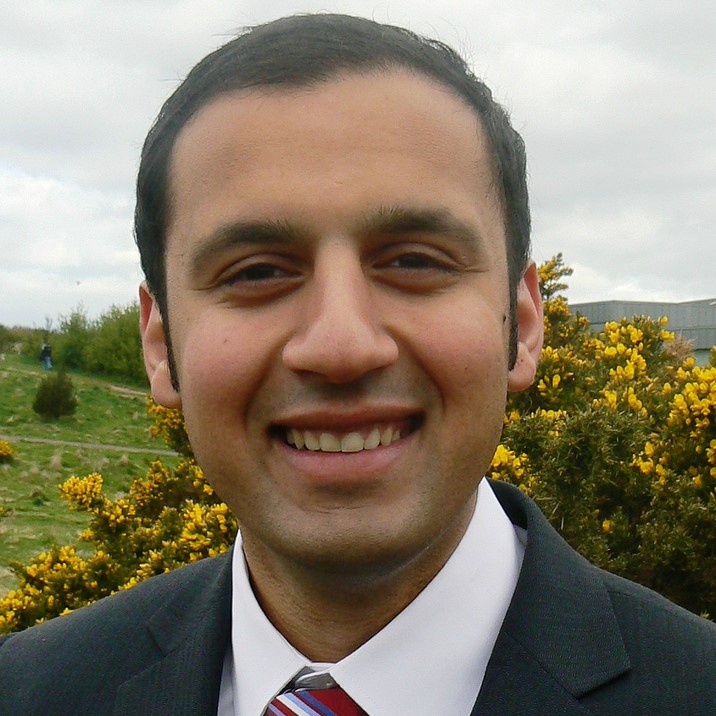 Nicola Sturgeon pointed out Anas Sarwar’s family firm does not pay the Living Wage, saying there is “a gulf as wide as the Clyde” between what Labour say and do

ANAS SARWAR, Glasgow MSP and candidate for the Scottish Labour leadership, has been mocked by First Minister Nicola Sturgeon over recent controversies surrounding his family business during a debate with Scottish interim leader Alex Rowley over taxing the rich.

“I thought it was really unfair for Alex Rowley to personalise this debate by bringing Anas Sarwar into it.” First Minister Nicola Sturgeon

Sturgeon responded: “Can I just say, I thought it was really unfair for Alex Rowley to personalise this debate by bringing Anas Sarwar into it.”

Since entering the Scottish Labour leadership race, Sarwar has faced widespread criticism over the fact that his family firm, United Wholesale (Scotland) Ltd (UWS) – in which Sarwar previous declared shareholdings worth almost £2.7 m – does not pay a Living Wage to all employees.

UWS also refused to say if it recognises trade unions, with a statement from the company’s lawyers accusing press enquiries of being “politically motivated”.

“There is a massive gulf, a gulf as wide as the Clyde, between what Labour says and what it actually does.” First Minister Nicola Sturgeon

“The problem here,” Sturgeon continued at FMQs, “as Anas Sarwar so clearly illustrates, is that there is a massive gulf, a gulf as wide as the Clyde, between what Labour says and what it actually does.

“We have a Labour leadership candidate lecturing others about doing the right thing on pay, and yet his own family firm won’t pay the Living Wage voluntarily.

“So Labour should get its own house in order.”

Looking on as Sturgeon spoke, Sarwar apparently mouthed the words “Bring it on”, while making an accompanying gesture.

Rowley had argued that the levels of child poverty in Scotland were unacceptable, and said that the First Minister would have to address the crisis of public services.

Rowley listed his concerns as: “The lack of suitable housing; the unacceptable levels of class sizes, and the lack of resources for teaching and for learning; the many shortfalls in our National Health Service, and the failure to fund local community services in every community up and down Scotland.”

Addressing Rowley’s criticisms, Sturgeon said: “This government is building social housing at a faster rate than any other part of the UK.

“On the NHS, an extra £3 bn going to the NHS under this government. And on local services, we put forward a budget last year that increased the resources available to local services, and the only councils across this country who decided not to take the opportunity of bringing in more revenue through the council tax were, guess what? Labour councils.

The Presiding Officer followed Sturgeon’s comments by saying: “We’ll try and refrain from personal attacks in this chamber. I think it’s only fair.”

“I can’t wait to go head-to-head with Nicola Sturgeon at First Minister’s Questions. If she wants to start early, that is fine with me.” Labour MSP Anas Sarwar

Responding to Sturgeon’s comments via a Scottish Labour press release, Sarwar avoided mentioning any of her specific criticisms, instead saying: “I can’t wait to go head-to-head with Nicola Sturgeon at First Minister’s Questions. If she wants to start early, that is fine with me.

“I would relish a debate about fair taxation with her. This is the First Minister who this week shamelessly sat on her hands and abstained in a vote to make the richest pay their fair share.

“Unlike Nicola Sturgeon, I voted to increase taxes on millionaires.

“I would relish a debate about tackling poverty with her. This is the First Minister who is MSP for a constituency where half of all children are deprived, while she starves local government of money.

“As First Minister, I would end those cuts.

“Nicola Sturgeon’s attacks clearly demonstrate who the SNP wants to win this contest. But I promise that if I am elected Scottish Labour leader I will work every day to remove her from office so that we have a government that puts Labour values at the heart of Scotland’s future.”