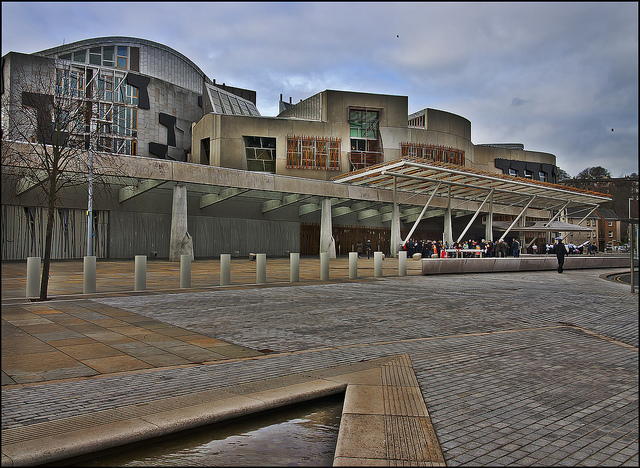 After answering a question from Scottish Labour leadership hopeful Richard Leonard on free bus passes, Nicola Sturgeon made a mocking reference to a recent Scottish Labour gaff, when a press officer for Richard Leonard’s campaign responded to a request for comment from the Daily Telegraph with an email titled: “coment [sic] on latest jackie baillie pish”.

The email itself was a response to recent accusations by veteran Scottish Labour MSP Jackie Baillie, who backs Anas Sarwar for the leadership, and who accused Scottish Labour interim leader Alex Rowley of “plotting” and “hypocrisy” after a recording of Rowley stating his support for Richard Leonard became public.

The acidic exchange followed a question from Leonard, who initially asked if, given the advent of International Day of Older Persons this week, Sturgeon would provide a commitment that the eligibility criteria for the national concessionary travel scheme would not be altered during the present parliamentary session.

Sturgeon responded the current ongoing consultation, regardless of outcome, would not affect those with free bus passes, that bus passes would not be taken away and that more people would receive free passes.

Leonard then pressed the first minister to give assurances that there would be no means testing, no raise to the qualifying age and no new barriers to those taking advantage of the national concessionary travel scheme.

Sturgeon says consultations were intended to make sure that the scheme continues to benefit people across Scotland and to be sustainable, and said that this highlighted the difference between the two parties: “We fight for Scotland; Scottish Labour just fight amongst themselves.”

“It was incredible yesterday, wasn’t it? We had Richard Leonard accused by Jackie Baillie of betraying every value that Labour holds dear.”

Sturgeon continued: “And then, we had Richard Leonard saying that this was just the latest Jackie Baillie-”, before being cut off by the Presiding Officer, who apparently predicted what Sturgeon was about to say next, given the widely publicised nature of the Leonard campaign’s email gaff.

To much laughter from SNP MSPs and the public gallery, Sturgeon did not finish her sentence, but instead continued by saying: “I can’t actually say it, Presiding Officer. Let’s just say it’s a description that covers much of what Jackie Baillie says in this chamber.”

Sturgeon went on to say that Scottish Labour’s behaviour was self-indulgent, and it proved that they were not fit to be in opposition, much less a government.