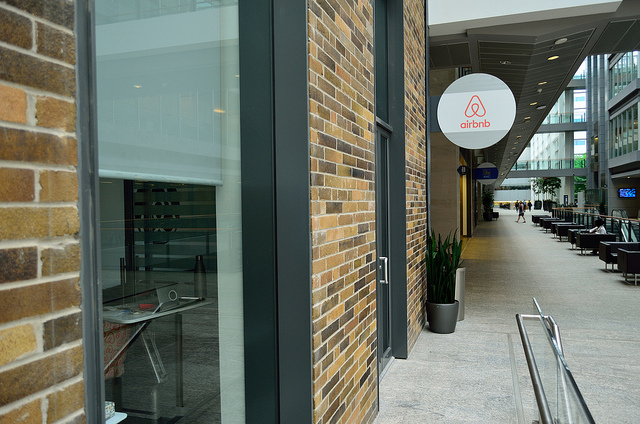 Highlighting AirBnB, the Scottish Green co-convener drew a distinction between a “collaborative” and an “exploitative” economy

Speaking at First Minister’s Questions, Harvie highlighted the rise in short-term lets across Scotland, particularly in urban centres such as Edinburgh, describing them as “terribly damaging to people’s mental health”.

With reference to his Scottish Green colleague Andy Wightman’s Homes First campaign, Harvie went on to call for councils to be granted planning powers to regulate in situations where properties have been converted for commercial purposes.

Harvie pressed Sturgeon to accept that there was a difference between a “collaborative economy” and an “exploitative economy”, in which entire buildings are converted into “mini-hotels”.

Sturgeon responded that an expert panel is currently being convened by the Scottish Government to examine the issue of the collaborative economy and the issues raised by Harvie. The panel is currently gathering evidence and preparing to offer its recommendations.

Harvie, though noting that he would await the panel’s findings with interest, also pointed out that AirBnB is part of the expert panel, and again pressed Sturgeon to recognise the distinction between collaborative and exploitative economic systems.

Sturgeon acknowledged the distinction, but further responded that the Scottish Trade Union Congress (STUC) was also represented on the expert panel. Regarding cases of possible commercial exploitation, Sturgeon said they would be examined on a case-by-case basis, but did not rule out the possibility of further powers for local government entirely.

Following FMQs, Harvie said: “Scottish ministers have said this issue will be addressed by their working group on the collaborative economy but as my colleague Andy Wightman has said, the removal of badly-needed housing from supply is not collaborative – it’s commercial exploitation.

“The government has the power to create new use class orders through the planning system, which local councils could use to help control the rapid and unregulated growth of this sector.

“The first minister’s response that she understands the distinction between collaborating and exploitation is welcome, as is her statement that she is not ruling out giving councils the necessary powers. The growth of short term lets is exacerbating the housing crisis, in our city centres and in rural communities, and Greens will continue to press for solutions.”

“AirBnB are very welcome to put forward ideas about how their own operation might be reformed to assist us in regulating short-term lets.” Green MSP Andy Wightman

Green MSP Andy Wightman, who last year led a Scottish Parliament debate calling for “planning, fiscal or regulatory measures to enable local government to provide effective controls” over the conversion of residential properties into short-term lets, responded further: “AirBnB are very welcome to put forward ideas about how their own operation might be reformed to assist us in regulating short-term lets.

“There is a risk, however, of confusing two very different issues. The first the rules around people sharing their own main home as part of the collaborative economy. The second is the conversion of homes into commercial short term letting operations. It is the latter that is the focus of the Greens’ Homes First campaign, and that is what needs an urgent response from government.

“If AirBnB are willing to help limit the abuse of their online operation by commercial letting operators, that is welcome, but by itself would not solve the problem. AirBnB is merely one website and these changes would still leave commercial operators outside the tax system and give local government no tools to limit the conversion of homes into commercial premises.”