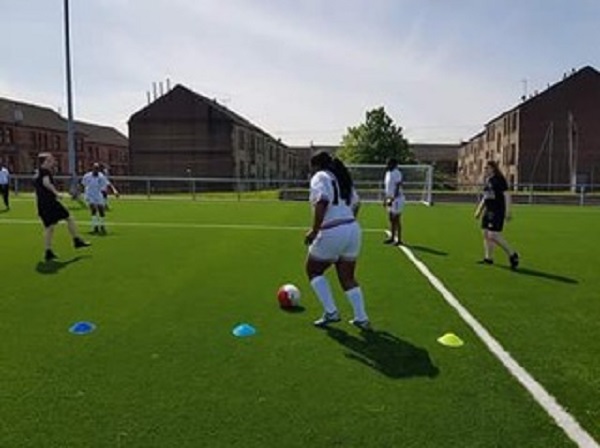 REFUGEE and migrant women are being welcomed to Scotland whilst tackling social isolation and improving their physical and mental health with free community football coaching from United Glasgow football club.

United Glasgow FC helped to run two free coaching sessions in May in conjunction with Saheliya, a specialist support organisation which provides well-being and mental health support to refugee and migrant women and girls in Edinburgh and Glasgow.

The Glasgow club, which has anti-discrimination and financial inclusion at the heart of their ethos, came up with the plan after their International Women’s Day training sessions and semi-competitive five a side football tournament with women from Saheliya.

Glaswegian midfielder and sports blogger Lindsay Hamilton volunteered to coach the women, renewing her belief that football can be a tool to tackle problems across the boundaries of race, religion, class, and creed.

“It was a new experience,” Lindsay explained. “I had to get used to coaching when English wasn’t the first language of the players, so sometimes I was reliant on people translating or finding different ways to explain things.” 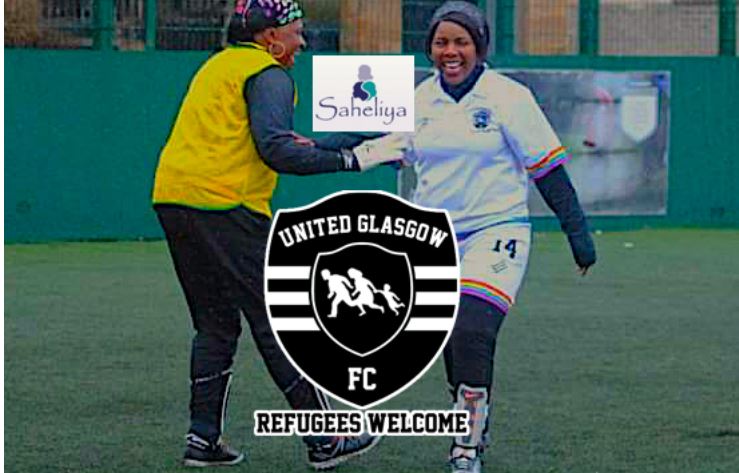 Hamilton, who has played football since she was eight, said the sessions reminded her how lucky she had been to pursue her sport: “I’ve been playing football for a long time, and when I picked up the kit I didn’t realise how special it would be for the women.

“But as soon as we got into the changing room, the women’s faces lit up and we must have spent the first 15 minutes of the session taking selfies and posing with the ball. I’ve no doubt in my mind that those pictures were shared online and sent to their friends and family.”

Hamilton, who founded Celtic’s first LGBT+ supporters club, said some of the women had played football like herself at a young age but hadn’t received the same encouragement that she had done and had given it up, telling CommonSpace it was a pleasure to re-introduce them and bring new players to her passion.

“When it comes to problems with mental health, a lot of the problems can be caused by social isolation and being part of a football team, with a group of mates who you meet up to play with every week, really makes that impossible. It obviously helps with physical health too,” Hamilton said.

The inclusive training sessions were supported by funding from Big Lottery Scotland and Glasgow Life, and organisers told CommonSpace that they are keen to find new funding to allow them to run future training sessions.

Hamilton told CommonSpace that even the women who joined in were keen to help find funding, asking for photos to be taken to help convince funding groups to help.

United Glasgow FC told CommonSpace that they were keen to do more: “The feedback from the sessions was enthusiastic with the women reporting that they had fun, made friends, felt more confident playing football and were eager to play again. 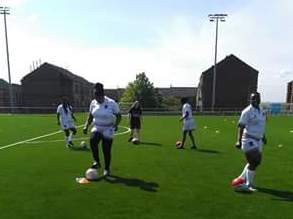 “We hope to continue working in partnership with Saheliya and other organisations to provide more opportunities for women to play football.”

Asylum and immigration powers are reserved by the UK Government, but the Scottish Government has taken public stances and made commitments of the number of refugees fleeing the Syrian crisis that the country would support.

As part of an integration initiative, the Scottish Government has made funding available for a variety of projects, including assistance for refugee medics dentists to obtain the licence they need to rejoin their profession and practice again in Scotland.