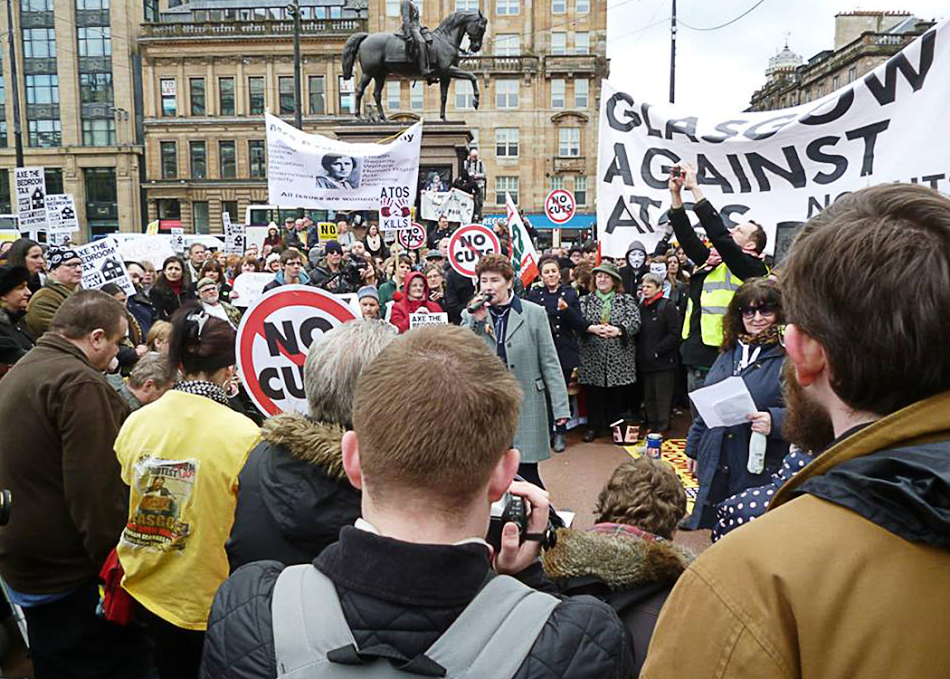 01/02/2016
david
Pro-independence Labour activist hopes to represent Labour on the Mid Scotland and Fife
A FORMER chair of the Co-operative party in Scotland and prospective Scottish Labour candidate has stated that the party will be “gubbed” in Scotland’s May 2016 elections.
Mary Lockhart, who is hoping to represent the Mid Scotland and Fife regional seat in the Holyrood elections, was a former leader of the influential Labour-aligned outfit until her pro-independence stance forced her to resign the position of chair in 2013.
Speaking to CommonSpace about Labour’s chances in the May election, Lockhart said: “We’re gonna get gubbed. We’re gonna get gubbed.”

Lockhart said that though the new leadership of Kezia Dugdale was healthy for Scottish Labour membership because of her efforts to reconnect the party leadership with activists, this would not help the ailing party in polling booth.
She said:”I like Kezia Dugdale and I think she’s a good campaigner. But that won’t benefit Labour in terms of the Scottish elections.
“What would be useful for Labour right now is if it had a very clearly articulated set of policies for Scotland, which are policies clearly coming from the left.”
Lockhart also said she was still committed to Scottish independence and that this featured in her electoral material sent to Labour members in Mid-Scotland and Fife, in which she described herself as a “Labour maverick”.
Labour is currently polling badly for the 2016 elections, having lost 40 seats in the May 2015 UK General Election. Some polls estimate that Labour will win no constituency seats, and have to rely purely on proportional representation in the regional lists.

“What would be useful for Scottish Labour now would be policies clearly coming from the left.” Mary Lockhart

Lockhart caused consternation in the Scottish Labour party when she publicly backed independence in 2013, a move which forced her to resign from her position of chair of the Cooperative party.
.
During the referendum she was one of the leading Labour figures to campaign for a Yes vote, addressing the STUC’s women’s conference on the issue in 2013.
Lockhart is up against stiff competition to represent Mid-Scotland and Fife, including from Jayne Baxter MSP and Scottish Labour deputy leader Alex Rowley MSP, who under Labour rules will automatically come top of the regional list .
Scottish Labour’s candidates for the region will be announced on 4 February.

Labour shadow cabinet MP Diane Abbott also wrote off Labour’s chances in Scotland. She told the BBC: “It is too late now to rebuild the (Labour) position in Scotland in time for May.”

CommonSpace journalism is completely free from the influence of advertisers and is only possible with your continued support. Please contribute a monthly amount towards our costs. Build the Scotland you want to live in – support our new media.
Picture courtesy of Facebook
Common Space
Archive
Share Article: