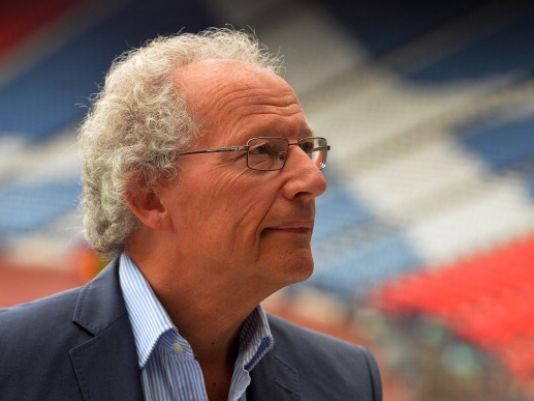 Henry McLeish says Labour has to change in Scotland to survive

THE tide towards Scottish independence requires both Labour in Scotland and the UK to change for their survival, according to former first minister Henry McLeish.

Speaking at the Write On! book festival event in Glasgow on Sunday, McLeish remained sceptical that pro-union parties will be able to reform their political institutions before a second referendum on Scottish independence.

He said: “A major problem for the parties is the Scottish identity. Scotland is a nation. It appears to people like Westminster is now incapable of providing that place for Scotland. There seems to be a short walk to that place and voting for independence.”

McLeish, who was torn during the referendum on whether to become the most high profile Labour supporter of independence, warned that the party faced terminal decline if it did not become independent from London. McLeish eventually declared for a no vote in the final weeks of the referendum campaign.

“I grew up in a place where voting Labour was as natural as breathing. I’d like for that to come back, but I’m afraid I don’t think that will happen.”

McLeish added: “Yes, I do think that Scottish Labour now should be an independent Labour Party.”

The former party leader also bemoaned the missed opportunity for pro-union parties on the 19th of September. He said he was “absolutely aghast and sickened” to see Prime Minister David Cameron draw a line under change in Scotland to instead focus on ‘English vote for English laws’ on the day after the referendum.

The Labour party descended into factions after the referendum as Johann Lamont MSP resigned as leader in Scotland, complaining that London leaders treated Scotland like a “branch office”.

McLeish also agreed with fellow panelist Robin McAlpine, director of Common Weal, that a future independence referendum is probable around 2020-2021.

Academic Kirstein Rummery, also on the panel, added that the General Election provided an opportunity to embrace more cross party working: “If the SNP could revitalise the social justice agenda by working with the Labour party then that would be a huge and interesting change. That would give them a stronger mandate for self-determination if there is a future independence referendum,” she said.

McAlpine claimed that Scottish politics experienced a surge in democracy and self-education, and this meant that new organisations have more power than before.

“It’s difficult to tell where power is in Scotland right now because it’s moving. We don’t know who it’s moving to,” McAlpine said.

The General Election on Thursday 7 May will signal the direction of Scottish political opinion.