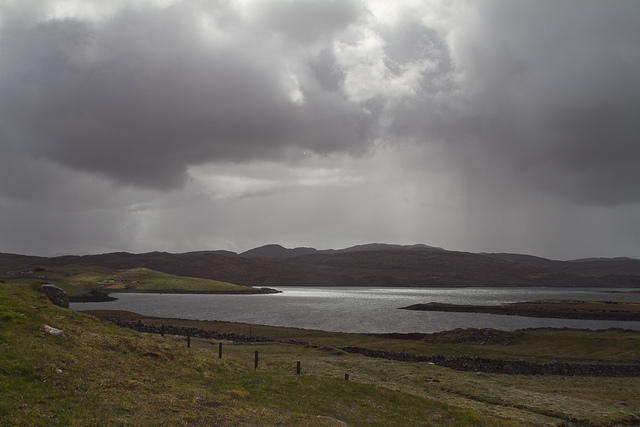 Gibson, a former MSP for Caithness, Sutherland and Ross who previously chaired the Scottish Parliament’s rural affairs committee, has argued that official funding should be provided to match the £100,000 spent by Scottish Natural Heritage mapping Scottish wild land in 2014.

Gibson’s comments come in the wake of a number of proposals made CLS, which represents Scotland’s community buy-outs.

Gibson told the Press & Journal: “Recent proposals from Community Land Scotland for repopulation and resettlement of ‘no-longer-existing communities’ deserve analysis to match the time and effort given by government and MSPs to the SNH wild land mapping exercise.

“Agency support to map the extent of previously occupied lands must be made available.” Rob Gibson

“It is clear to me that human settlements and rewilding go hand-in-hand and are not mutually exclusive.

“Agency support to map the extent of previously occupied lands must be made available to match the costs rung up by SNH for their wild land mapping project.

“I raised the issue with SNH when I was an MSP and I believe now is the time to match this public spend on the repopulation issues proposed by CLS. The background work needed to underpin the repopulation plans deserves public funding.”

In response to the draft Planning (Scotland) Bill – which local government and housing minister Kevin Stewart has said will “transform Scotland’s planning system and empower communities to have a greater influence over their future” – CLS suggested a package of measures including the amendment of the bill to allow ministers and communities to employ compulsory purchase powers.

In their submission to the Scottish Government regarding the planning bill, CLS wrote that there “are many areas of Scotland, particularly (but by no means only) in the Highlands and Islands, where vast tracts of land are unpeopled as a result of the (often forcible) removal of people from the land in past centuries.

“The principal straths of Eastern Sutherland (Strathnaver, the Strath of Kildonan and Strathbrora), for example, contain the sites of between 150 and 200 separately named (and sometimes substantial) communities which have been entirely deserted since their occupants were evicted and their buildings levelled in the opening decades of the nineteenth century. Much the same is true of lots of similar localities.

“While not wishing to recreate the land-use patterns of former times, CLS has an ambition the reoccupation of at least some of Scotland’s unpeopled places. At present, this would seem an unlikely proposition, partly, in our view, because land use planning policy does not really contemplate such a possibility.

“This in part is conditioned by landscape policy thinking, and more generally because this strategic land use opportunity has not received the policy attention it probably should have in the past.”

Commenting on Gibson’s endorsement and the CLS proposals, Common Weal head of policy Ben Wray told CommonSpace: “Mapping towns wiped out by the Highland Clearances as the starting point for a strategy to repopulate the Highlands is a fine idea. It should be combined with a publicly available register of land ownership and values so we know who owns it and how much it is worth.

“The use of compulsory purchase powers for redevelopments would be essential to take a repopulation strategy forward.” Common Weal head of policy Ben Wray

“The use of compulsory purchase powers for redevelopments would be essential to take a repopulation strategy forward, and would be significantly enhanced if local authorities could capture the uplift in land value when residential planning permission is granted, as Common Weal proposed in its submission to the Planning Bill.

“This approach was used to build the New Towns of East Kilbride and Cumbernauld – there’s no reason it could not be used to re-establish Highlands towns today.”

The John Muir Trust also commented, saying the conservation charity “sees no contradiction between the proposals brought forward by Community Land Scotland to open up previously occupied places for people to live and the continued protection for Wild Land Areas”.