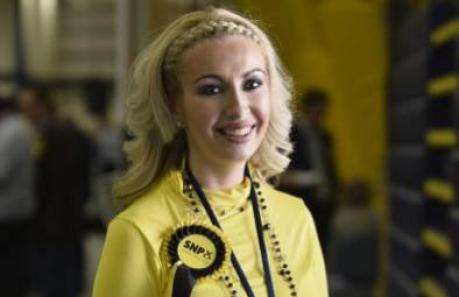 SNP STAFFER ROSA ZAMBONINI has written to Labour leader Jeremy Corbyn alleging a sustained campaign of bullying and harassment by Labour members at North Lanarkshire Council, where she was a councillor until May this year.

The former councillor reports that she experienced a “dangerous campaign of abuse and whispers”, threats that Labour members had or would show others “nudes” of her, sexual innuendo, mockery around her daughter coming out as transgender, and allegations made to the council’s chief executive by “senior Labour councillors” that she was having affairs with married officers.

Zambonini, who continues to work for the SNP at Holyrood, has published an email of complaint addressed directly to Labour leader Jeremy Corbyn, saying that other avenues “only served to fail” her in the past, and that she had “copied in” her lawyer to prevent the matter from being ignored.

“I’m not willing to let this go until I get a reply from the Labour Party.” Rosa Zambonini, SNP staffer

The SNP member says she approached the Labour leadership in Scotland about her experiences at the time and was told “I don’t know what to do”.

Speaking to CommonSpace, Zambonini said: “I’m not willing to let this go until I get a reply from the Labour party.

She said the issue was important to address in a wider sense because “other women shouldn’t be scared to go into politics”.

In her letter of complaint, Zamboni tells of the severe emotional and physical impact which the experience had on her, culminating in a “stroke like incident” this June, which she says was induced by stress.

“As the summer of 2017 approached I was suffering from the worst period of mental health and the abuse did not stop. It was relentless,” she wrote.

“Can you imagine seeing that leadership in the media now condemning those who stood by and did nothing during the Weinstein allegations?” Rosa Zambonini, SNP staffer

“The fact of the matter is that your own elected members could have cost me my life and my children their mother.”

Zambonini explained that she was coming forward publicly about the issue now because she felt the Labour party had demonstrated “hypocrisy” in its recent response and statements regarding sexual harassment, given its own alleged inaction over her complaints.

“Can you imagine seeing that leadership in the media now condemning those who stood by and did nothing during the Weinstein allegations?” she wrote.

Since publicising her letter online on Wednesday night, Zambonini said that a senior elected member of the Labour party had contacted her to say they had forwarded the complaint to the official email address which has been set up for harassment claims.

Otherwise, Zambonini said she has not yet heard from the Labour party.

Both Scottish Labour and North Lanarkshire Council had not responded to requests for comment by time of publication.