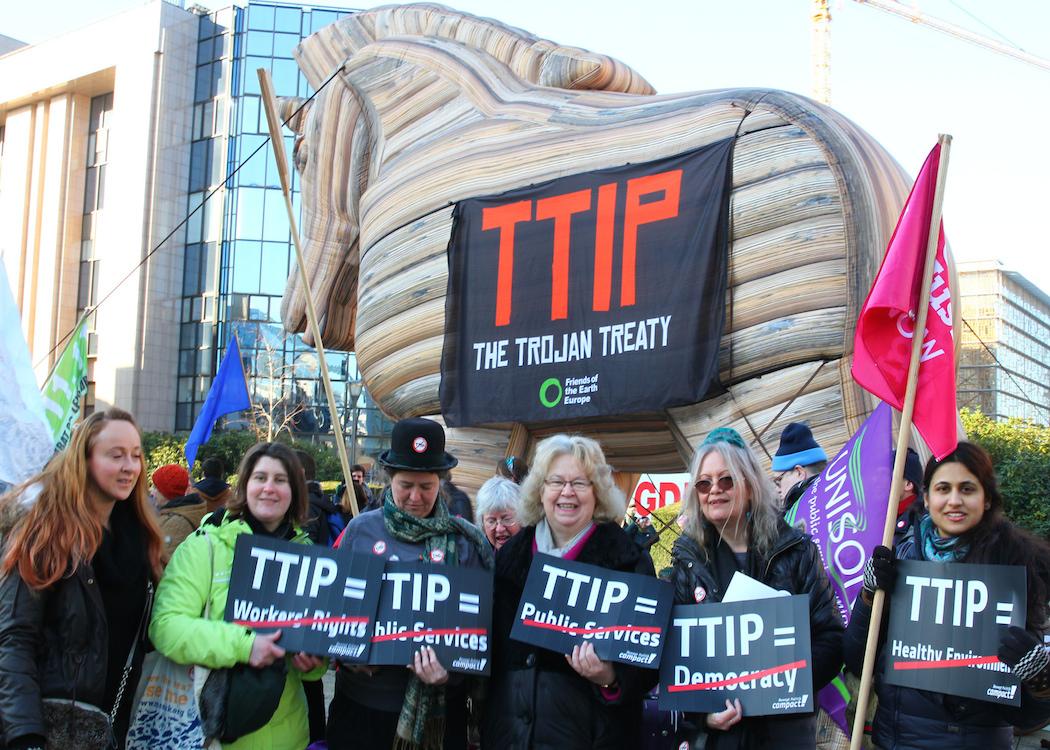 COUNCILS across Scotland have been declaring their opposition in the Transatlantic Trade and Investment Partnership, warning that the secret pact threatens the security of public services.

Dundee became the latest council this week to vote against the deal, which is being negotiated in tight secrecy between the European Commission and the US Government.

Dundee became the sixth council in Scotland to oppose TTIP and the fourth example of formal opposition in the last two weeks.

Campaigners warn that the deal threatens the NHS and public services, as TTIP could force competition with private contractors leading to back door privatisation. Regulations protecting health, the environment, and worker’s rights are also threatened by the move to global corporate deals – as seen with previously examples like NAFTA.

Global Justice Now, previously interviewed by CommonSpace , has been encouraging local activists to persuade councillors to take a stand.

Liz Murray, head of Scottish campaigns for Global Justice Now, said: “TTIP, the EU-US trade deal, could be the biggest threat to democracy of our generation. This is true at both national and local levels. Councils could be forced to favour big American corporations over local sustainable businesses in their procurement.

“They could also be challenged for specifying local suppliers of services such as buses and for denying planning permission for environmentally damaging developments in their local area. It’s great to see councils across Scotland responding to public opinion by opposing this toxic trade deal. It would be even better to see the Scottish government acknowledge the depth of public feeling about this toxic trade deal and declare an equally strong opposition to TTIP for Scotland as a nation.”

Scottish Labour recently joined the Scottish Green Party in full opposition to TTIP. The Scottish Government has expressed reservations, and has strengthened its line recently with Nicola Sturgeon calling on the UK to oppose TTIP if protections can not be ensured for the NHS.

All SNP MPs signed a motion opposing the framework of TTIP and proposals to use a ISDS (Investor State Dispute Settlement) clause for corporate courts to sue governments.

The six councils that have passed anti-TTIP motions so far are Glasgow, Edinburgh, West Dunbartonshire, Midlothian, Fife and Dundee.