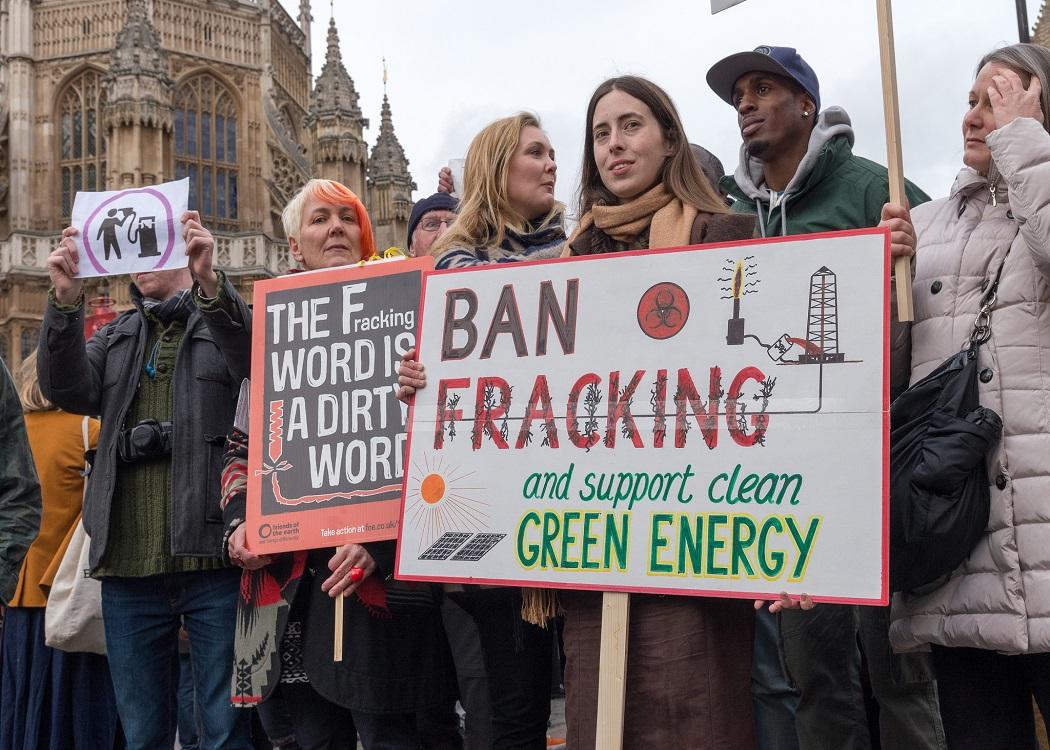 HOUSES in central Scotland situated near fracking sites could see their value decreased by as much as seven per cent, according to an uncensored UK Government report.

An unredacted version of a report from the department for environment, food and rural affairs (Defra) was published on Wednesday following a freedom of information request.

The fresh information revealed that properties within a one mile radius of a fracking site could see the value of their house fall by as much as seven per cent.

The report also found that homeowners who live within one to five miles of a fracking well could find themselves incurring additional insurance costs to cover losses in the event of an explosion on the extraction site.

Properties within a one mile radius of a fracking site could see the value of their house fall by as much as seven per cent.

Fracking’s impact on Scotland’s water supply could potentially have far reaching effects. The report found that the leakage of waste fluids from hydraulic fracking has caused environmental damage, citing examples from the United States.

This in turn could lead to adverse affects on human health due to contamination of agricultural products as well as polluted drinking water. While the report concluded that UK regulation on fracking wells was “likely to be more robust” it also stated that the overall “potential impacts on water resource availability, aquatic habitats and ecosystems and water quality is uncertain”.

Impacts on the economy of rural areas are also likely to be a concern, with the report stating: “Shale gas development may transform a previously pristine and quiet natural region, bringing increased industrialisation.

As a result rural community businesses that rely on clean air, land, water, and/or a tranquil environment may suffer losses from this change such as agriculture, tourism, organic farming, hunting, fishing, and outdoor recreation.”

The potential relocation of workers and their families to rural sites also caused the report to flag up concern over additional pressures to local services that will arise in an effort to accommodate them.

The report found that the leakage of waste fluids from hydraulic fracking has caused environmental damage, citing examples from the United States.

The report also listed some positive impacts that fracking could bring to the country; namely lower energy prices with a more secure UK energy sector, the creation of local jobs and increased economic growth.

A “modest increase” in rent was also noted to be possible as more people working in the energy sector would look to move closer to fracking sites.

The report was initially published last year with these findings omitted, prompting Green MP Caroline Lucas to accuse the government of hiding the negative effects of fracking on communities.

Although fracking is currently subject to a moratorium under the Scottish government, this is likely to be of concern to people across the central belt, particularly in the Falkirk and Cumbernauld areas.

Petrochemical company Ineos has already bought licences to begin shale gas extraction in these towns and it is putting pressure on the government to allow fracking.

The company has previously came under criticism for a PR push promoting the technique in Scotland, which included sponsoring pro-fracking articles published in a Daily Record supplement in June titled “Fracking: What every Scot should know”.