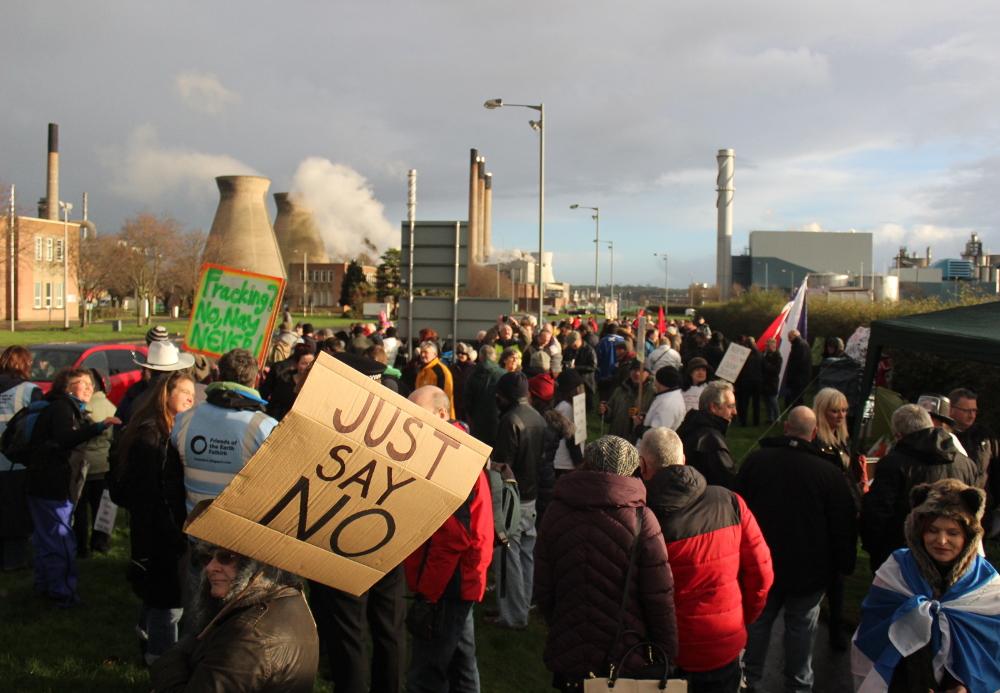 Ineos billionaire Jim Ratcliffe has declared plans to invest PS639m in shale gas exploration and production in Scotland and the north of England, otherwise known as “fracking”.

But what is fracking and should we be worried about it?

What actually is it?

It’s a bit technical, but bear with us. Hydraulic fracturing, or “fracking”, is the process of drilling and injecting fluid into the ground at a high pressure in order to fracture shale rocks to release natural gas inside.

Water, sand and chemicals are injected into the rock which allows the gas to flow out to the head of the well.

Should we be worried?

Yes. There are various chemicals involved in the drilling process and water contamination has been found to be ‘prevalent’ at sites in the US. Fracking has also been the “highly probable” cause of minor earthquakes near to where drilling takes place.

Indeed, studies have shown that those who live in close proximity to fracking sites exhibited a greater likelihood to suffer skin and respiratory problems than those who lived farther away from the gas wells (3).

Another criticism is that fracking perpetuates the reliance on fossil fuels, and that instead the government and energy companies should be focusing on securing renewable sources of energy.

And they plan to do this in Scotland?

Yes. A report by the UK’s Department for Energy and Climate Change identified large swathes of the Central Belt, as well as the Borders and Fife, as being suitable for the controversial technique.

But surely there must be benefits?

But when its big oil and gas firms who are reaping the rewards, can this really be for the benefit of all?

Can it be stopped?

The indications are that yes, it can. Opposition ranging from petitions to direct action have led to a delaying of the fracking process in England. Fracking involves drilling in populated areas, and often underneath people’s homes. Grassroots community-led fightbacks have proved successful so far.

The Scottish government is set to be given devolved powers over fracking and has condemned UK plans to allow companies to drill below people’s homes without their agreement.

It has however announced a moratorium on planning consents for unconventional oil and gas extraction, including fracking.

The UK government is aware of the strength of popular opinion against it and have set aside PS5m in the August statement to advocate for shale gas exploration.

Is Unconventional Gas Extraction (UGS) the same as fracking?

Unconventional gas is the collective term for the natural gas held in formations that are different from conventional reservoirs.

Different techniques may be needed to unlock these formations – fracking is one of those techniques.

There have been concerns raised that other forms of UGS, underground coal gasification (UCG) for example, have not been included in the moratorium.

Energy company Cluff Natural Resources has plans in place to build the UK’s first UCG plant in the Firth of Forth.

What have people said about fracking?

“Anyone thinking of fracking in Scotland’s central belt will face a wave of protest.” Patrick Harvie, co-convener Scottish Green Party

“Unconventional oil and gas developments should only ever happen under a robust regulatory regime, and the Scottish Government takes this issue particularly seriously.” Fergus Ewing, Scottish Energy Minister

“I want Ineos to be the biggest player in the UK shale gas industry.” Jim Ratcliffe, INEOS chief executive