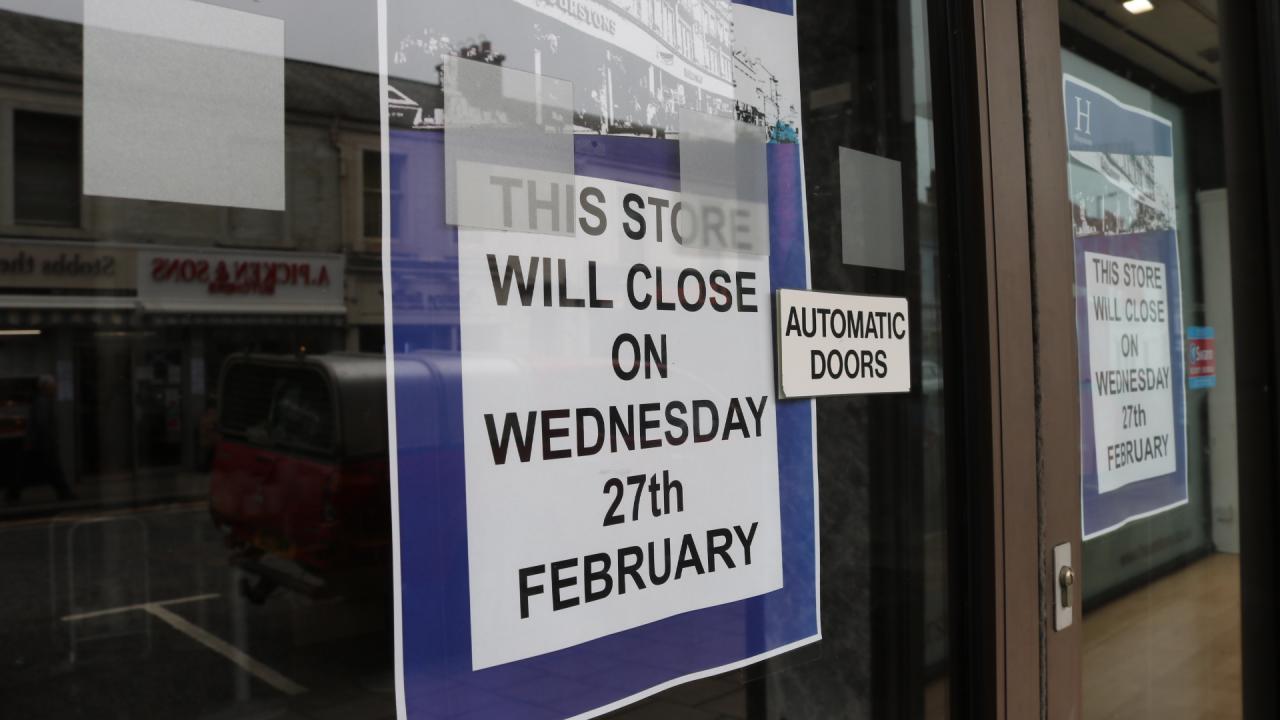 Francis Stuart, policy officer at the STUC, contributes to our special week of coverage on towns and places, arguuing that the revitalisation of local economies requires a foundational economy approach, which prioritises the everyday goods and services we all rely on

THE recent CommonSpace article on Dumfries town centre points to some of the serious challenges faced by the South of Scotland economy. As forthcoming research by the Jimmy Reid Foundation for the STUC highlights, the South of Scotland faces depopulation and falls in the working population, especially in rural and peripheral communities. Poverty and in-work poverty are rising across the South of Scotland and higher costs of living exacerbate low incomes.

Job losses in the high street add to the job losses already seen in local authorities, with around 80,000 jobs lost in local councils over the last decade and budgets falling by around 10 per cent in real terms since 2010. These cuts have a meaningful impact on communities, with community centres closing and ever growing pressure on essential services like education and social care.

Supporting our high streets and local economies requires an end to austerity and the proper resourcing of public services, with support for local government to raise more of its own revenue by broadening its tax base.

While the primary blame for austerity lies at Westminster, there is also a need for a different approach at Holyrood. The Scottish Government provide more than £35 million in blanket cuts to business rates. Yet, the Scottish Government have provided no evidence for this policy and the Fraser of Allander Institute have recently written that the beneficiaries ‘tend to be landlords rather than the occupying businesses’.

On top of this, the recent Scottish Government Budget extends £7 million worth of tax cuts to the hospitality sector. This is the same sector where two-thirds of employees earn less than a living wage and where only a handful of hotels, restaurants, bars and arts venues are accredited living wage employers.

A decade of austerity can’t be undone through ill-targeted and ill-defined cuts in business rates. Rather, a renewed focus on democratising local communities is needed, supporting a re-prioritisation of local economies towards the social foundations that people need to live and thrive.

To raise productivity and prospects for many, attention must be placed on the foundational economy. The foundational economy is made up of the everyday goods and services that people rely on, whether that be the pipes and cables which connect households; the health and care services which citizens rely on; the grocers and takeaways which we buy food from; or the hairdressers where we get our hair cut. It is estimated that between a third and a half of our workforce is engaged in providing these basic goods and services. Importantly too, the foundational economy is territorially located, sheltered from competition, and requires a ‘social franchise’ in the form of planning permission, licensing consent or public procurement contracts.

This provides an opportunity for Government to intervene to improve standards. Positively, the Scottish Government’s recent ‘Fair Work First’ announcement provides an opportunity to ensure that Fair Work is mainstreamed through major contracts and grants for business. As ever, the devil will be in the detail, and to fully ensure Fair Work First, the Government will have to ensure that worker voice, trade unions and collective bargaining is at the heart of the policy, while also reviewing its approach to business taxes.

A further opportunity comes in the shape of the new South of Scotland Enterprise Agency proposed by the Scottish Government and currently making its way through Parliament. This new Agency could support locally-led economic development and fair work across the South of Scotland, but to be successful it will need to step outside economic orthodoxy and engage with the concerns and aspirations of workers and citizens.

Too often traditional economic development has focussed on large infrastructure projects, with poor multipliers and limited social returns, which only serve to benefit large, external businesses and owners of capital. A focus on the foundational economy, based on locally targeted procurement and effective use of public subsidy to support communities, such as the model pursued by Preston City Council, could be a better approach.

While the South of Scotland Agency provides an opportunity, the interim South of Scotland Economic Partnership doesn’t have any trade union representation. That is something that will have to change if the new Agency, once established, is to seriously represent the views and interests of workers.

The challenges facing areas such as the South of Scotland and other peripheral areas in Scotland are very real. But a policy focus on the foundational economy and fair work first; a review of the businesses tax regime; and democratisation of governance; could begin to chart a reversal to a common story of depopulation and decline for many of Scotland’s communities.