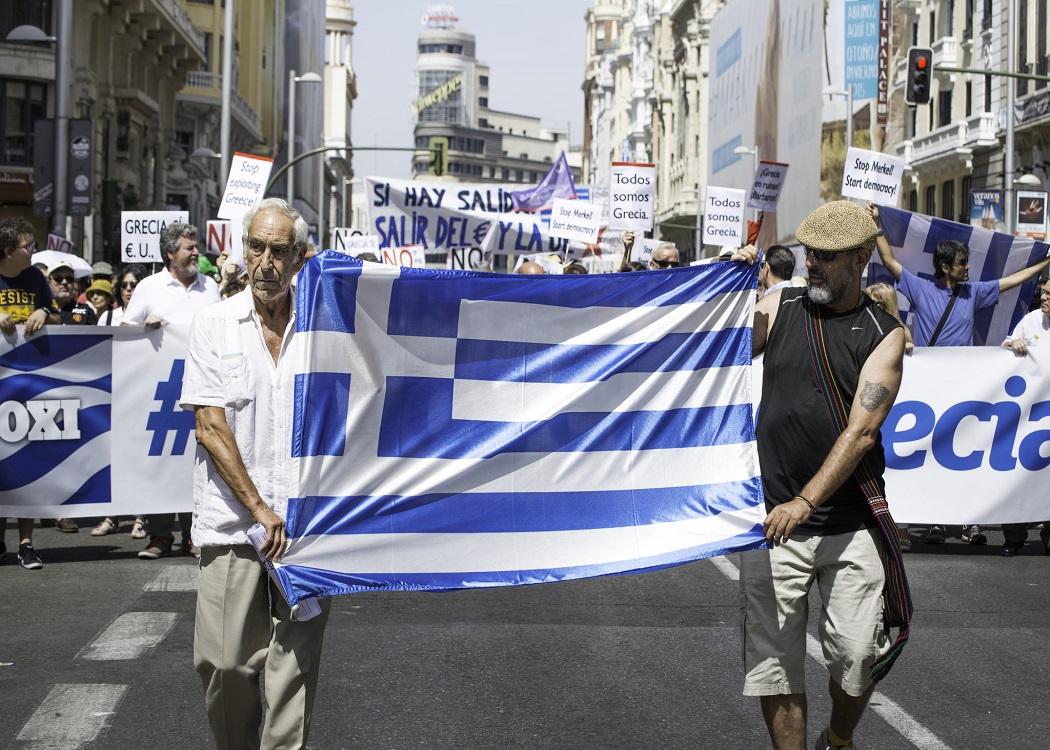 DEMOCRACY in action is a beautiful thing. While neoliberals the world over went into meltdown on Sunday night upon realising that their system was not impenetrable after all, most of us shared in the joys of a momentous spectacle of defiance.

Victory for OXI is a victory for human compassion over financial and bureaucratic tyranny: a result we all should commend. The Greeks have made a very clear decision to reject further austerity.

It would thus be entirely absurd for an unelected conglomerate such as the Troika to ignore this process and steamroll over the Greek population regardless.

Victory for OXI is a victory for human compassion over financial and bureaucratic tyranny.

Nobody is suggesting that the debt be written off, but a restructuring over time to make life at least mildly liveable for Greek people is crucial. To detractors I say this: if we can bail out bankers for a self-induced shit-storm without the consent of the people, we can alleviate the suffering of a nation of innocent civilians, lumbered with a sentence of torturous austerity for a crime they did not commit.

The same arguments would apply had this historic occasion happened in Ireland or Portugal. The Troika has the capacity to assuage social depravation in some of Europe’s worst cases and it should be their moral obligation to do so – the vast majority of those forced to live the most severe repercussions had no hand in the creation of these national debts and should not be punished as such.

Sunday’s result was of course miles from what European elites and right-wingers will have hoped for, since it not only raises questions of democratic versus institutional legitimacy, but it directly undermines the social fragmentation necessary to maintain the ideological chokehold of conservative economics.

In a Western world that has become so increasingly alienated by mass consumerism and political disillusionment, such unity and togetherness in spirit has become a rarity in modern Europe.

Activism, as well we know, is the arch enemy of the status quo, which is precisely why it can be so difficult to catalyse. The status quo will always have a head start on progress because it’s far easier to preserve the systemic entrenchment of tradition than to challenge it.

It is significant that, although the Scottish Yes campaign was unsuccessful in terms of its initial directive, it has not regressed meekly into the political routine.

But glimmers of progress are becoming more and more frequent. We saw it in the Yes campaign and we’ve seen it again in Greece. It is thus significant that, although the Scottish Yes campaign was unsuccessful in terms of its initial directive, it has not regressed meekly into the political routine.

Better Together, on the other hand, evaporated as boringly as it formed. It fulfilled its purpose – to peddle as much fear and mania as was humanly possible in the defense of the union – and back into the box it has gone.

This is because unionism was its only unifying cause, whereas the Yes campaign was loaded with an egalitarian sentiment that transcended nationalism alone. It is with these wider ideological ties that Scottish independence will inevitably come to be won.

Of course, a unifying cause still exists at governmental level, but it’s not unionism. It was never about unionism alone for Westminster. It’s about power – a far bigger fish; a totalitarian rejection of any possible alternatives to money-first politics; an ethos shared vehemently by a vast majority of our European superiors.

The splintering of society has serviced this unifying power-lust famously. The very nature of modern capitalism dictates that we live in a perpetual self-obsession, eroding social and human values over time as a means to optimising profit.

Propagating with it a collective action problem that should be all but insurmountable, capitalist theology (for a fundamentalist religion is what it has essentially become) should, in theory, galvanise the eternal rule of financial and political elites.

All are mobilising against these systems of bureaucratic despotism, systems that dictate human suffering as a subsidy for economic psychopathy, because austerity has categorically failed their people.

But Greece has overcome its collective action problem, as the Yes campaign has in Scotland and it would seem Podemos is about to in Spain, unified in spirit as a progressive movement starved for too long of oxygen by a thick fog of rationalised tyranny.

All are mobilising against these systems of bureaucratic despotism, systems that dictate human suffering as a subsidy for economic psychopathy, because austerity has categorically failed their people.

A disregard for human compassion is inevitable wherever power is hereditarily fortified in the hands of detached and incestuous elites.

But power doesn’t have to be fortified by the few. It will always count for more when embraced by the many.