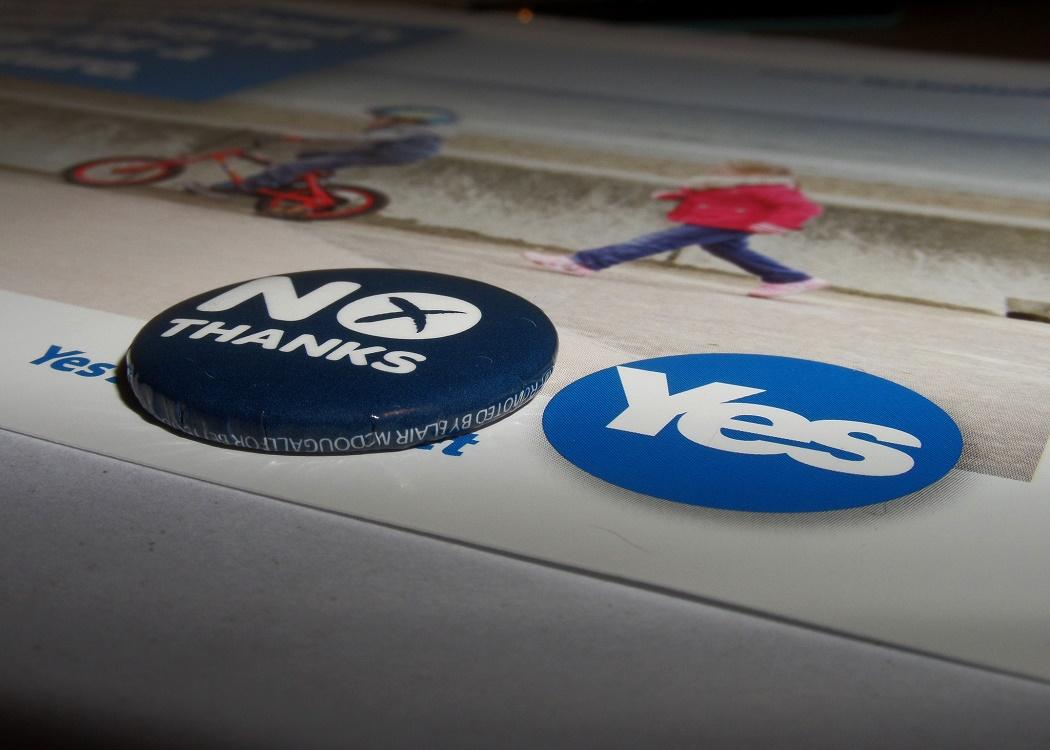 THE Scottish debates over the last week have fatigued and told in equal measure.

Where it was firmly established that Jim Murphy’s favoured tactic is to, well, get shouty, Nicola Sturgeon and the SNP have been pressed repeatedly over the inevitability of a second referendum – a point of attack that Ruth Davidson, Willie Rennie and Jim Murphy alike seem excruciatingly smug about.

It started when an audience member in Aberdeen collared Sturgeon about ‘accepting’ that she lost the referendum. Willie Rennie pounced on the airing with the gleeful grin of a flatulent schoolboy – Ruth Davidson and Jim Murphy weren’t far behind.

However, in doing so, the unionist bloc has made a tremendous oversight: nobody has actually tabled a second indyref. So why on earth are we talking about it?

Woes of economic disaster and pensionless pots are once more dominating the sound bites resonating from the unionist camps.

One might understand the premise had Nicola Sturgeon focussed her attentions entirely on independence since taking over as first minister, but she hasn’t. That much has been patently clear. Indeed, someone refuses to let go of the referendum, but it’s not the Nats.

Since 18 September, the nationalist cause has mainly moved forward. Supporters of Yes have pooled and harnessed their collective energies for other causes: the triumphant ‘Bairns Not Bombs’ rally serves as an obvious exemplar.

Multi-organisational consensus has been wrought across a spectrum of issues, underpinned by a shared appetence for peaceful and participatory democracy. In comparison, the only point of cohesion to be realised amongst unionist assemblies is a mutual disdain for the SNP.

Those who had hoped that the nationalist voice would dissipate with Alex Salmond have found themselves drowning under a wave of alternative support not just in Scotland, but across the union that they fought so glamorously to protect.

As such, unionist parties north of the border have become unhinged, and are nightmarishly writhing to regain any semblance of the upper hand. Cue resurrection of the fear machine.

In an extension of this apparent twist of reality, Murphy and friends have resorted to regurgitating referendum-based rhetoric for no discernible reason. Woes of economic disaster and pensionless pots are once more dominating the sound bites resonating from the unionist camps.

But this isn’t a referendum, no matter how much they would like it to be. Murphy and co would do well to remember that. This is a vote to determine who the people of Scotland believe can best represent their interests in Westminster, and the results are all but in. You can’t move the goalposts because you don’t like the score, Jim.

What this is, then, is a sorry attempt to deprecate nationalist confidence under a false and obsolete pretence, the desperation of which speaks volumes. They have no arsenal of alternatives, no stockpile of solutions and no defiant ambition of which to speak – all that remain are negative and insipid stratagems designed not to enthuse, but to demoralise.

As a result, Scottish politics once more appears to be metamorphosing into an Americanised dichotomy of dismissive tribalism, singularly attributable to the regressive tendencies of a fledgling Westminster syndicate.

Scottish nationalism is endeavouring to develop and diversify: it’s high time unionism did the same.

On the one hand we have a party and movement pressing for real and elaborate change; on the other we have a coalition who have made it their sole resolve to criticise and discredit, with no desire to offer any kind of meaningful alternative. Scottish nationalism is endeavouring to develop and diversify: it’s high time unionism did the same.

Claims to the contrary are fundamentally selective. They focus on the ‘nasty CyberNat’ element without ever acknowledging the tribal cynicism of unionist dialogue. To label nationalists as narrow-minded and spiteful is tediously ignorant; to posit such outmoded and stereotypical detractions is hypocrisy of the worst kind.

These are our unionist parties dancing on the edge of a black hole, desperately revisiting obsolescent assaults as a futile means to curtailing the seismic shift that threatens the very foundations of their political landscape: a conglomerate of dysfunction, awakening to the stark realisation that, in securing the union, they have lost Scotland, and there’s nothing within the existing paradigm that they can do about it.

This is Better Together running on empty.