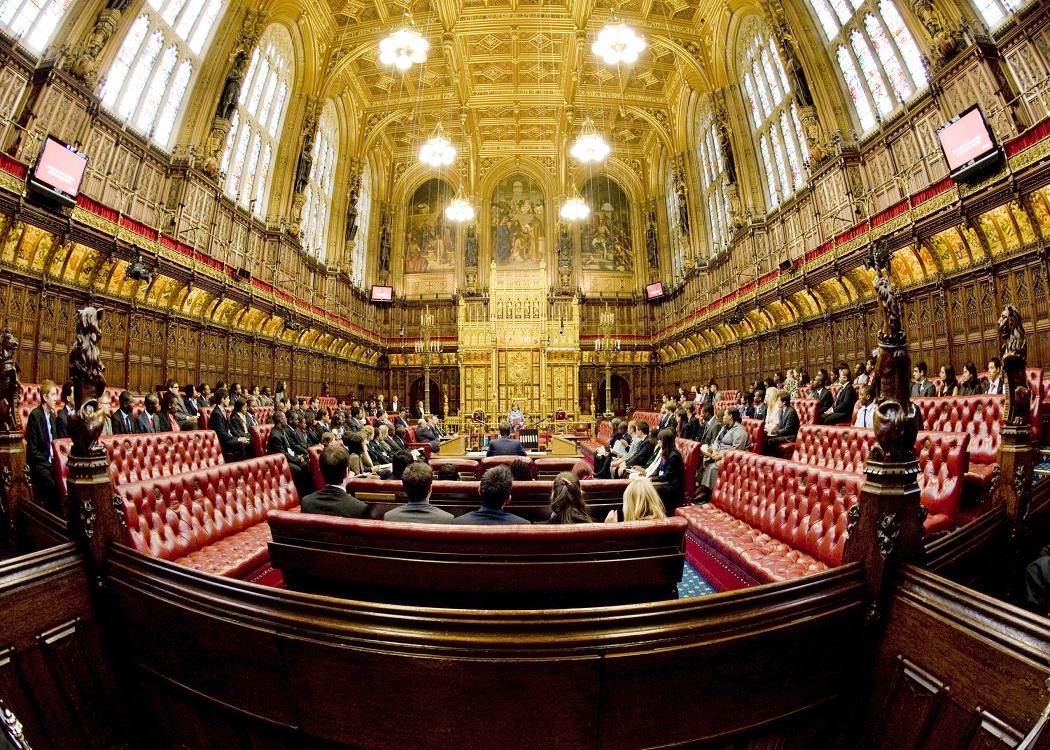 THANK goodness for that.

Amid fears that George Osborne might hammer tax credits claimants into the abyss of financial hardship, the House of Lords – against all odds – dug the heels of their bespoke brogues firmly into the red carpet beneath them and told the Commons in no uncertain terms: No! Your bill shall not pass!

It is a ludicrous article, designed specifically to asphyxiate the lowest earners in society in the hope that the looming threat of poverty might prove enough to scare them into having more money.

In response to this ‘defeat’, Osborne has since stated that he will reveal plans to mitigate the transition over three years for current tax credit claimants in the coming Autumn Statement.

In essence, rather than forcing them to walk the plank now, the Tories plan to gently lower less affluent families into the loan-shark-infested ocean beneath them over a number of years.

Now, it’s important not to take away from the obvious: some mitigation is better than none at all. But there should be no need for mitigation, because the bill should not have gotten as far as it did in the first place.

It is a ludicrous article, designed specifically to asphyxiate the lowest earners in society in the hope that the looming threat of poverty might prove enough to scare them into having more money.

Osborne himself once claimed that tax credit cuts would help low earning families because they would contribute to a stable economy that would in turn benefit everyone – delusional logic of the most contorted and manipulative kind.

These proposals epitomise the brand of financial terrorism that has come to be expected from austerity-driven governments. Especially Tory ones.

These proposals epitomise the brand of financial terrorism that has come to be expected from austerity-driven governments. Especially Tory ones.

Yet, get as far as this it did; into our rightly-derided unelected second chamber and our ‘last line of defence’ against an unhinged Conservative party. Praise has since been showered upon the Lords for their rejection of the bill, with the vote itself heralded as a heavy defeat for the government.

One Conservative MP had the gall to lament this violation of the rights of elected officials, while others cried ‘constitutional crisis!’ from the rooftops of Westminster. The irony of ‘not-doing-as-they’re-telt’ being the biggest constitutional failing of a wholly unelected, 54 per cent over 70 years old, 44 per cent South East-based legislative chamber.

Important, nonetheless, as it is to recognise the constitutional implications of an unelected body rejecting the proposals of elected officials, it is equally so to recognise the nuance in what has actually happened.

Contrary to the swelling sense of dismay, the Lords has always maintained the capacity to send bills back to parliament for further deliberation. So let’s be clear: the House of Lords had an opportunity to vote this bill down entirely, but instead opted for the Labour amendment proposing a ‘delay’ and ‘mitigating measures’ that would see those who stand to suffer as a result of these cuts today, suffer as a result of them tomorrow instead.

If tax credit reductions are to be postponed for three years, we can rest assured that other strands of welfare will only face an even more relentless assault.

It is thus little more than a stay of execution for low-earners, who will be no more equipped come 2018 than they are now to deal with their impending hardships. Instead of being plunged, they will be gradually transitioned into poverty.

Be it now or over the course of three years, the bill will pass – shoehorned in, by hook or by crook, as low-earners the country over wait in purgatory to deal with the imminent realities of an austerity-obsessed, inequality-denying Conservative government.

Of course, money lost here has to be made up somewhere in the interim. If tax credit reductions are to be postponed for three years, we can rest assured that other strands of welfare – most likely unemployment and housing benefits – will only face an even more relentless assault, for the duration at least.

More red tape. More eligibility criteria. Less rights for claimants. More sanctions all round; such is the prerogative of Conservative ethos.