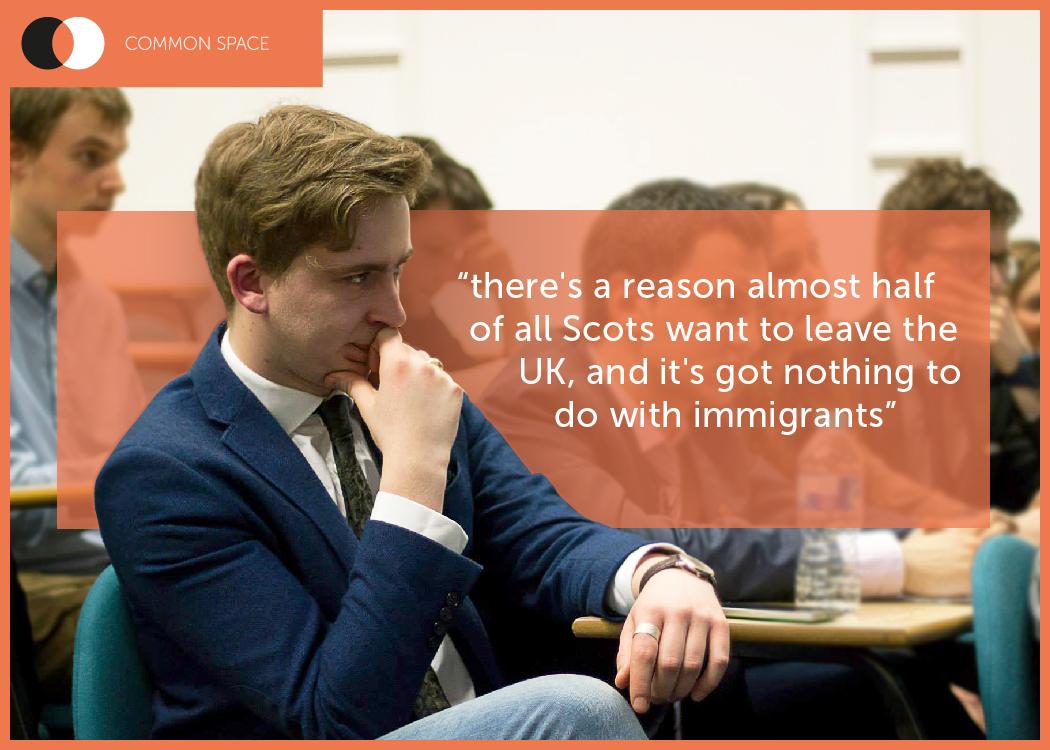 I HAVE a very good friend who lives on the Greek island of Samos; birthplace of historical figures such as mathematical pioneer Pythagoras and the astronomer Aristarchus, who was among the first to hypothesise that the earth revolved around the sun.

Once a rich and innovative province, Samos today takes on a very different role; serving as first-port-of-call for hundreds and thousands of those fleeing conflict in North Africa and the Middle East.

The most recent influx has forced authorities to extend makeshift camps, calling on the good will of residents to provide support where possible – my Samian friend included. He describes to me the squalor of living arrangements; the penury that asylum seekers must endure while local and international volunteers alike scramble to do what they can to help with what little resources they have at their disposal.

The Troika’s treatment of Greece last summer, whereby the overwhelming democratic will of its people was trampled like a roach in a royal pantry, is well documented.

Of course, conditions are not only strained for refugees. The entire community has been forced to bear the burden; from infrastructure to supplies to financial security. Theirs is an island that has stood together in the face of huge adversity to ensure these refugees receive at least a semi-human reception – largely at their own expense.

The Troika’s treatment of Greece last summer, whereby the overwhelming democratic will of its people was trampled like a roach in a royal pantry, is well documented. It thus comes as no surprise that the European Union has again refused to equip them with the provisions necessary to overcome such a crisis.

Instead, the EU have discussed implementation of the ‘Dublin system’ – a mechanism which would allow central countries to send refugees and asylum seekers back to the first country they arrived in.

Needless to say, Greece can barely cope as it is, yet towns and islands such as Samos are faced with even more pressure.

This is a country already on its knees, being told to fix Europe’s problems by the same Europe which turned its back when Syriza came a-knocking. Still the Greek people do more than their share, probably because – thanks to the great and the good of European leadership – many of them know what it is to feel helpless.

Meanwhile, across the continent, the big boys are frying even bigger fish. David Cameron has, with not-inconsiderable fanfare, gone on a one-man crusade to ‘valiantly battle for Britain’ in Europe – you know, because we’re so hard-done-by.

Still the Greek people do more than their share, probably because – thanks to the great and the good of European leadership – many of them know what it is to feel helpless.

Poor us, cries he, having to subscribe to the same rulebook as everyone else. Truth be told, the entire endeavour is nothing short of embarrassing. Cameron’s desire to renegotiate our position within the EU , so that the UK might receive even more favourable treatment while the rest are forced to lump it – in some genuinely desperate cases, such as that of Greece – is brattish at best and outrageously delusional at worst.

What makes us so special? Our sense of entitlement should be a source of infinite national shame, yet fuel the delusion we do. Contrary to popular belief, the UK is no longer a towering beacon of strength and empire. It is a decidedly average nation, falling apart at the constitutional seams and rife with terminal inequality.

Our income disparity is among some of the worst in the developed world; our debt is through the roof; more than one in four of our children grow up in poverty – yet still there are many who cling to this notion of ‘greatness’ like weaning babies.

There is an irrational superiority complex that comes with being from this island, not unlike that of America, that should have no place in modern society. Indeed, it is a hallmark of traditional ‘British identity’ – a concept that has become increasingly vague and largely redundant in recent years.

Not too long ago, British identity could be fairly neatly compartmentalised into two main branches: that of New Labour, and that of the Conservatives. The latter, needless to say, has far more to do with imperial sentiment than the former.

It is the vision of Britain as a domineering force; a sovereign powerhouse, ready and willing to conquer the world; unerringly stoic and unquestionably strong.

Cameron’s desire to renegotiate our position within the EU, so that the UK might receive even more favourable treatment while the rest are forced to lump it is brattish at best and outrageously delusional at worst.

But this is not a Britain recognisable to most of us anymore. The Britain of international dominance and thriving domestic enterprise no longer exists. Cameron’s Britain, as it has so fondly come to be known, is little more than a Thatcherite daydream; a warped and tyrannous Utopian ambition in the barren wilderness.

To be British in the modern age is thus a confusing thing. Ours is a country experiencing a severe identity crisis, with Cameron seemingly oblivious to the reality of its relative demise and the hand he had in it.

In all actuality, it is precisely his archaic conservative vision that drove many away from British identity then, and many of us into the constitutional debate now. Of course, rather than address this honestly or constructively, defenders of ‘Great Britishness’ have taken it upon themselves to fashion a new British identity altogether: one that refuses to take responsibility for anything or anyone.

The UK has blown its own brains out, but its loyal followers are too busy searching for people with funny accents on the grassy knoll to notice. If superiority was a hallmark of the old vision, finger-pointing is absolutely the hallmark of this one.
From Europe to the poor to the foreign – the UK might not know how to accept blame, but boy do we know how to appropriate it. Anyone but us; anything but our Great and powerful Britain.

This arrogance, this ignorance, this propensity to make a scapegoat out of everyone and their dug – this is why the UK is becoming increasingly unpopular, especially from within.

There’s a reason almost half of all Scots want out of the United Kingdom, and it’s got absolutely nothing to do with immigrants. God only knows what the neighbours must think.

To be British in the modern age is thus a confusing thing. Ours is a country experiencing a severe identity crisis, with Cameron seemingly oblivious to the reality of its relative demise and the hand he had in it.

But alas, the imperial drum beats on, with our bold and brave prime minister determined to rekindle this halcyon fantasy at any cost. If we spent as much time confronting our issues as we do blaming everyone else for them, we might very well be a nation capable of commanding universal admiration – without hook, crook or renegotiation.

Instead we flex our withered muscles, doing what we can to portray an image of international exceptionalism that we lack the basic domestic qualifications to uphold. Instead, Cameron comes off as petulant, regardless of how heroic he imagines himself to be in all of this.

Instead we look like brats, throwing the toys out of the pram because we don’t feel special anymore. Is there a country as insecure as the United Kingdom in the entire modern world?

I highly doubt it, which brings us neatly back to the Greek antithesis. Greece needs help, to feed its people; we want special treatment, to feed our collective ego. Greece needs money to deal with European problems; we want to be given a free pass so that we don’t have to deal with our own.

We are a country who feels the rest of Europe owes us something because of what we used to be. But Greece? Dealing almost single-handedly with the refugee crisis under an economy of rubble and dust? Forget about it.

Pay up, put up and shut up. It’s not like you were once the greatest civilisation on earth or anything.