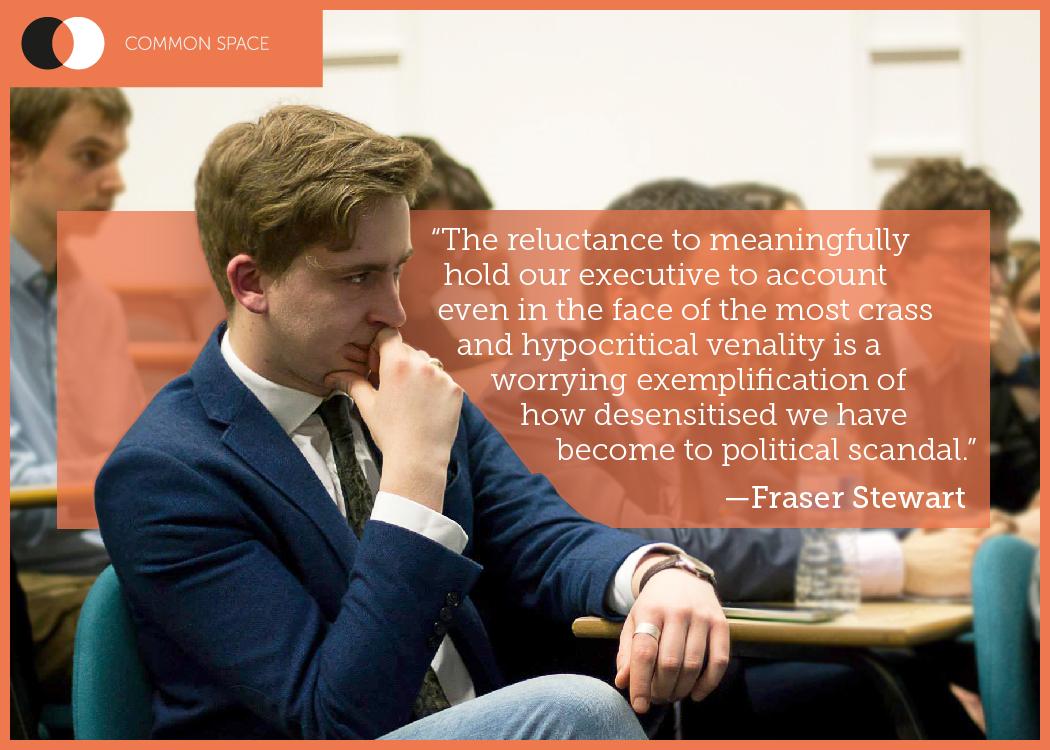 ‘DOING AN ICELAND’ has become the hip new phrase in the political lexicon. Indeed, peaceful revolution is something to be celebrated and ideally replicated the world over whenever appropriate conditions arise: exploitation of citizens, persecution of minorities, government-level corruption, for example.

Of course, despite conditions being seemingly ideal, the odds of the United Kingdom ‘doing an Iceland’ and ousting any of the current governing crop are proving to be utterly miniscule – at least on the kind of scale we should be aiming for.

Our historic reluctance to truly hold government to account is more than a little disheartening. The junior doctors strike may indeed serve as a testament to the thread of activism which runs throughout our collective veins; our spirited resistance towards measures of austerity and crass xenophobia equally so. But it is important to acknowledge how few and far between these outbursts are.

Often is the case that we continue so far as a single issue requires before retreating back into political monotony.

Often is the case that we continue so far as a single issue requires before retreating back into political monotony. Our protests against austerity contributed to the eventual U-turn on tax credits, our public stances on Syria led to the decision not to go to war and the junior doctors’ strike is almost certain to bring about the welcome career crash of Jeremy Hunt. These efforts should be commended, but what else?

How bad do things need to be before we tackle systemic issues once and for all? Take Iceland. For the second time since 2009 and the infamous Pots & Pans revolution, the people of Iceland have taken charge and effectively overthrown their government over allegations of financial sleaze.

Lara Gardasdottir, an Icelandic citizen, argued that even the forcing the resignation of their national leader was not drastic enough, since it would only leave the “same gang in charge”.

Yet, in this very same week, our very own beloved prime minister has found himself similarly positioned at the heart of the #panamapapers maelstrom, along with many prominent members of his government and party, with little suggestion that he’s heading for the exit anytime soon.

Indeed, the Conservative Government that would have us believe single mothers, junior doctors and the unemployed are the real drains on our system have been cheating their own countries out of god only knows how much in taxes.

The people of Reykjavik didn’t sit on their thumbs waiting for their now-ex prime minister and the forces of spin to sweep his corruption under the rug, and nor did they stop at his resignation.

One might reasonably assume that this particular brand of sleaze presented palpable enough cause for widespread public outcry, such was the response in Iceland. The people of Reykjavik didn’t sit on their thumbs waiting for their now-ex prime minister and the forces of spin to sweep his corruption under the rug, and nor did they stop at his resignation: they have acted with gusto and perseverance in the interests of their people.

So why is it so different here in the UK? Why are we as ambivalent as to first give our leaders the opportunity to wriggle off the hook? Is it the lack of what we might consider conclusive evidence?

Cameron’s aversion to refute these claims in their entirety is fairly damning – damning enough to warrant at least a few placards. Perhaps our hesitance to react is a testament to the British national passivity; wouldn’t that be neat.

While banding tired stereotypes around might be convenient, the truth is somewhat more troubling still: the reluctance to meaningfully hold our executive to account even in the face of the most crass and hypocritical venality is a worrying exemplification of how desensitised we have become to political scandal.

After all, sleaze at the top level is nothing new to us. From fiddling expenses to extramarital affairs to dodgy dealings with dodgier dealers, the Westminster establishment we have come to know and cherish is one no longer synonymous with representation, and nor do we view it singularly as a place where democracy happens.

So why is it so different here in the UK? Why are we as ambivalent as to first give our leaders the opportunity to wriggle off the hook?

Westminster, to many of us (see: Scotland), is a place where those inherently preordained to govern do so over our heads, behind our backs and under our tables.

Democratic accountability has become a secondary consideration in the halls of parliament, because by now we are immune to the forces which so routinely subvert it. We no longer feel the outrage when scandal strikes in the United Kingdom because we have developed an opaque tolerance thereto. Sleaze is as much a part of the modern political discourse as the economy or immigration – and it’s nothing new.

Our relationship with political elites is thus one of a broken love affair, whereby we take to the streets once every few years when we catch them with their pants down; inevitably, our beloved government tells us it can change and that this time things will definitely be different and, against our better judgement, we allow ourselves to believe them.

Why? Because, like many broken relationships, we don’t really know any better. We are in denial about our own worth and our own capacity to affect change after generations of being taken advantage of: our collective action problem is not proliferated by the perceived costs of uprising, but of the intrinsic belief that we can achieve nothing.

For these reasons it’s time for a change in status. We cannot afford to stop at Cameron: we need to oust the entire Westminster system.

One only has to take a glance at Reykjavik or a plethora of other grassroots movements throughout recent history to see how misguided our political self-deprecation truly is.

One only has to take a glance at Reykjavik or a plethora of other grassroots movements throughout recent history to see how misguided our political self-deprecation truly is.

There is thus a valuable lesson to be learned from the case of Iceland which cannot be overstated: it is not enough to admire people power. In order to affect change, we must exercise it.