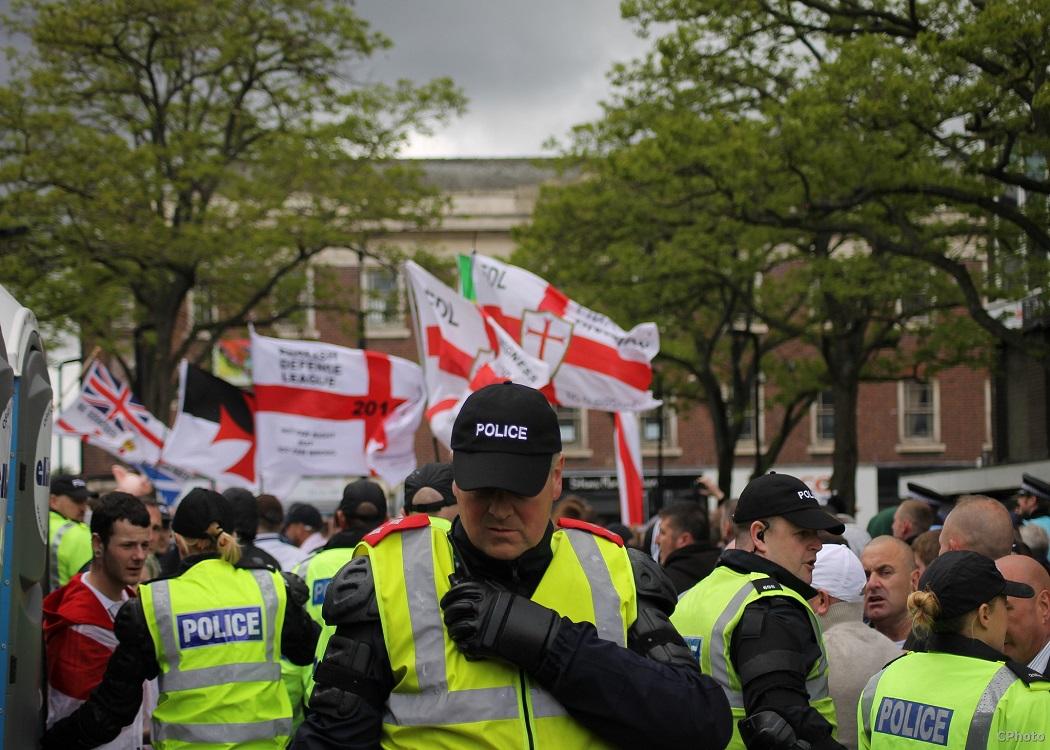 CommonSpace columnist Fraser Stewart this week takes a look at Tory candidate Afzal Amin’s attempts to do a deal with the EDL for a campaign PR stunt, and asks if the wider politics PR culture has rendered apologies meaningless

IT’S been a funny old week for politics.

Along with a further slew of Ukip candidates, this Sunday found the Tory candidate for Dudley North, Afzal Amin, out of favour with his party after it transpired that he was embroiled in an EDL campaign conspiracy (click here to read more).

Afzal Amin, due to stand in the Conservative party’s ninth target seat, was caught on tape attempting to stage a march of the English Defence League – with the bright idea that he himself would take credit for it’s eventual quashing.

To the bemusement of, well, everyone, Amin has since denied any wrongdoing – although he has since ‘resigned’ – as if falsely manufacturing public outcry for personal gain wasn’t seedy enough. Indeed, Amin appears to fancy himself as a bit of a political manoeuvrist: the rich-man’s-poor-man’s-Frank Underwood.

A prominent political party can’t just plot with the EDL and get away with it, as much as Amin might hope otherwise.

It seems, however, that Amin has tried to play House of Cards without a full deck. Unsurprisingly, what he has actually done is tether his party to that rather unsavoury crevasse of society, much to their obvious strategic detriment. What on earth did he think would happen?

One does wonder how far up the Tory chain this master plan originated: even if it came from the highest echelons of government, the ‘why’ still perplexes. If Amin/the Tories hoped to create a gulf between themselves and the far right by staging an EDL rally then we have to at least commend them for providing us with the single-most poetic example of irony politics has witnessed in years.

But, hypothetical motives and irony aside – in an age of cash-for-access, expense-fiddlers and tabloid scrutiny, a candidate for a prominent political party can’t just plot with the EDL and get away with it, as much as he might hope otherwise.

Which brings us to the crux. What Amin did was wrong, let’s not get that twisted. His ultimate aim was the advancement of his own agenda via the manipulation and deception of the people. Let us also clarify that there are no illusions as to the propensity among politicians to manipulate and deceive for personal gain; it’s nothing new.

This particular case, however, affords us a sonorous exploration into the derelict psychology of political culture.

Apologies typically echo the classic ‘I’m sorry you feel that way’ number, without ever committing to any sort of moral rehabilitation.

It is significant that Amin hasn’t yet apologised. Perhaps he sees himself as a ‘realist’. Perhaps he too blames his party; maybe they could have vetted him better in his selection, or prepared him more aptly for affiliations and appearances – this tends to be the argument when a Ukip candidate begins a tweet or interview with the phrase ‘I’m not racist, but’.

It happened with comparisons of Nationalists to Nazis during the referendum campaign. Inevitably, various Malcolm-Tuckerisms occur, a very well rehearsed apology is made and the culprit returns to leafleting duties in tenement blocks for their sins. But, as with Ukip (and the wider institution of British politics), the cracks run deeper.

If we remove the mask from any political controversy the reality is far more ominous, and this is why Amin’s refusal to immediately apologise is particularly telling. The issue to them isn’t the act of wrongdoing itself; the issue is getting caught.

Not getting away with it appears to be more of an inconvenience than a moment of sombre reflection. Apologies typically echo the classic ‘I’m sorry you feel that way’ number, without ever committing to any sort of moral rehabilitation – a hollow avoidance of as much responsibility as possible (if one ever comes at all).

Damage limitation, then, is paramount. The apology itself is an understated and fascinating arrow in the quiver of any aspiring head of public relations; Farage is the obvious exemplar.

There have been countless instances of loathsome Ukip remarks made against (insert minority group here) in recent months, met routinely with the same metronomic response – ‘our candidate should never have said such things, especially to a member of the press’.

Said. Should never have ‘said’ those things. No commitment to zero tolerance, no liability, no promises. A few short sentences and under the rug it goes. Voila. It’s a lousy and artificial plea of exoneration for the outward expression of internalised views, when the real apology should stem from proliferating a culture of sociopathy in the first place.

No commitment to zero tolerance, no liability, no promises. A few short sentences and under the rug it goes. Voila.

Of course, the forced apology isn’t how the Conservatives decided to swat the EDL-shaped bee in their bonnet; they got creative. An innocent slip of the tongue from the comfort of Cameron’s own kitchen not 24 hours after Amin was caught with his drawers down and our airwaves are overloaded with talk of who the Tory leader will be half a decade from now – a neat coincidence indeed.

And what happened next? We all took the bait, hook, line and sinker. Parties and politicians alike need to address the blackened core of this political tumour by challenging the basic character of their hateful and underhand, instead of apathetically rescinding the materialisation of their views in a melee of buck-passing, shrugged shoulders and smokescreens.

Don’t reactively compensate for what they’ve said or done; confront them for thinking it acceptable at all.