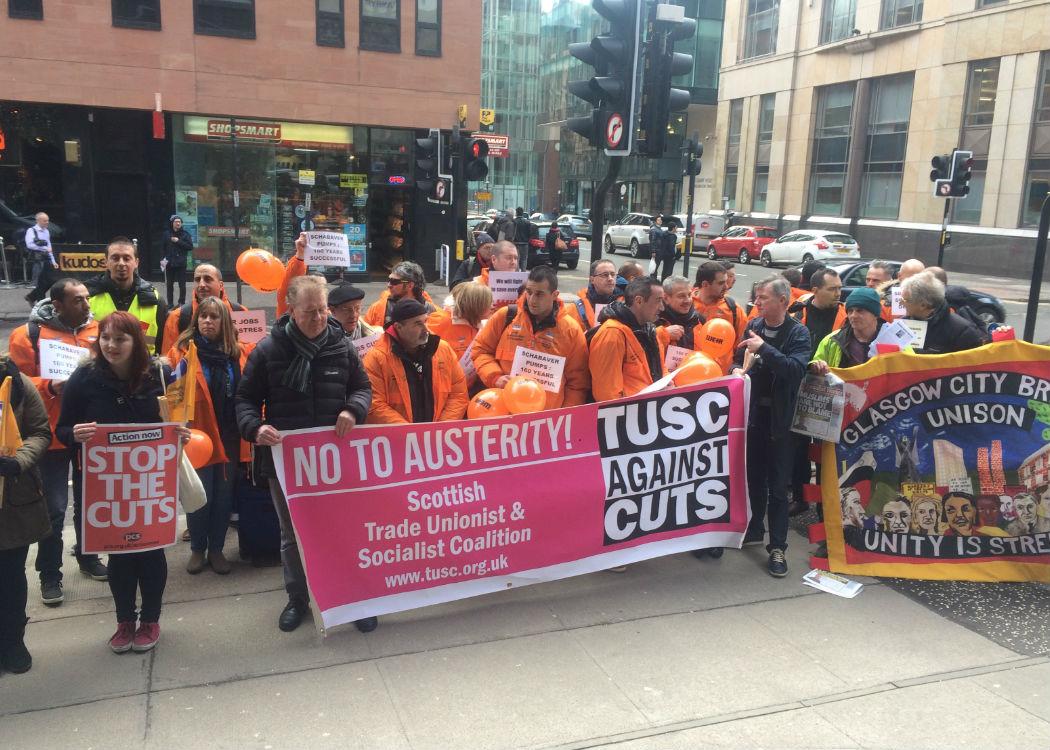 OVER 30 French workers have rallied outside one of Scotland’s biggest companies to protest over planned job cuts.

The workers picketed the Weir Group’s headquarters on Waterloo Street in Glasgow on Tuesday over its plan to shut down a pump manufacturing factory.

The factory, in Castres near Toulouse, is owned by Weir Minerals France and 50 workers face losing their jobs if the plan to close it is not reversed.

The workers say that their factory is profitable and that the French government is backing them.

They are set to meet Weir Group officials in attempt to convince them of an alternative.

Michel Parraud, a fitter and the metal workers’ (CGT) trade union leader at the Castres Weir factory said that it has been producing pumps for 160 years and staff want to carry on.

He said: “Our factory is profitable. We are not satisfied with the factory closure so 30 of us decided to come here and we’ll have an appointment with the head managers of Weir group.

“We have been producing pumps for 160 years. We are proud of it and we want to carry on.”

The French workers were joined by trade union representatives from Scotland and Parraud said this show of solidarity was important to them.

“It’s important that the unions and everyone listens to what happens. I don’t think you see this every day, 30 people coming from France. If this happened to Scottish workers, they would be very welcome in France too,” he said