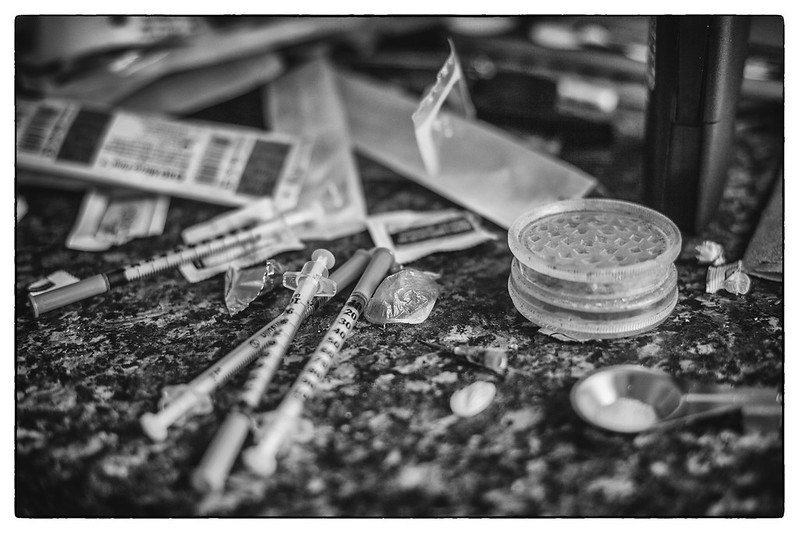 THE UK Government’s drug policy has been condemned as “not fit for purpose” by the SNP following calls from the UK Parliament’s health and social care committee for an investigation into decriminalising all illegal drugs.

The committee has reported that the government’s current position of drugs is “clearly failing”, and argued that the rising number of drug-related deaths in the UK constitutes a public health “emergency.”

In 2018, 1,187 people died from drug-related causes in Scotland, giving Scotland the worst rates of drug deaths in Europe and a rate nearly three times that of the UK as a whole.

In England, 2018 saw 2,670 deaths which were directly attributed to drug misuse – an increase of 16 per cent from the previous year. However, the committee found that, if other causes of premature death among those who used drugs were included, it is probable the number of deaths would be roughly doubled.

MPs on the committee have urged the UK Government to urgently consider changing the law to make the personal use of drugs a civil rather than criminal matter, as is now the case in Portugal, where the change in policy has seen the number of drug-related deaths fall significantly.

Such a policy shift would, the committee advised, save money for the criminal justice system and allow for greater funding in prevention and treatment.

According to the committee’s report, “Evidence heard throughout this inquiry leads the committee to conclude that UK drugs policy is clearly failing.

“The United Kingdom has some of the highest drug death rates in Europe, particularly in Scotland.

“This report shows how the rate of drug-related deaths has risen to the scale of a public health emergency.”

Committee chairman and Liberal Democrat MP Dr Sarah Wollaston said: “Every drug death should be regarded as preventable, and yet across the UK the number of drugs-related deaths continues to rise to the scale of a public health emergency.

“Recommendations put forward in this report propose changes to drugs policy that are desperately needed to prevent thousands of deaths.”

The committee has also called for a reversal of recent cuts to drugs treatment services and greater funding for other approaches including drug consumption rooms, a scheme which has long been supported by the SNP.

Lending her support to the new report, Dr Emily Finch, vice-chairman of the addictions faculty at the Royal College of Psychiatrists, added: “The increasing number of people needlessly dying from drug addiction shows the government’s approach to treating addictions is failing.

“We emphatically support the report’s calls for urgent investment in drug treatment services and a return to harm reduction.”

The report has prompted the SNP to reiterate its criticisms of UK Government drug policy and once again demand that powers over drug law be devolved to Holyrood.

SNP MP Tommy Sheppard said: “This report makes clear that the UK government’s drugs policy is simply not fit for purpose, with successive UK governments – both Labour and Tory – utterly failing the people who need most help.

“The Scottish Government has set out the right approach – addressing the harms of drugs as a public health issue, instead of treating drug users as criminals.

“It’s plain to see that the current system is not adequately tackling the problem. We need a bold and innovative approach to tackle the tragedy of drug deaths, and the UK government must urgently wake up to that fact.

“If Westminster will not act to tackle problem drug use, then it must devolve the powers to the Scottish Parliament so the SNP government can take action needed to tackle addiction, reduce health risks and take the vital steps to tackle the drug-related deaths and harm in Scotland.”

Cowan commented: “The issue of drugs policy should be treated primarily as a public health issue rather than the UK government’s long peddled policy of treating these matters as one of criminal justice.

“It has been almost a year since the UK Government declared that medical cannabis would be available to those who would benefit from it. In that time many families suffering from health conditions and that require medicinal cannabis have continued to either obtain it illegally or have been forced to pay for it privately within the UK.

“The Secretary of State for Health stated on the 19th March that ‘in several months’ time it will be made available’ – yet we are no further forward in getting medical cannabis in the hands of families whose children so desperately require it for treatment.

“End Our Pain [the campaign group agitating for improved access to medicinal cannabis] wrote to the Prime Minister on the 19th of September and have still to receive an answer. That is simply unacceptable.”

While the Scottish Government has proposed a series of measures to tackle issues connected to the use of illegal drugs and improve access to treatment and recovery services, powers of drug policy in Scotland remain fully reserved to Westminster.

At the SNP conference in Aberdeen earlier this month, party members voted unanimously to decriminalise the possession and consumption of drugs in a resolution which called for  “urgent reform” of the 1971 Misuse of Drugs Act and the devolution of all powers over drugs legislation to the Scottish Parliament.

An amendment was also unanimously backed which emphasised that reform of the Act would “allow for decriminalisation of possession and consumption of controlled drugs”.

However, the Scottish Liberal Democrats have responded to the new report by arguing that both the Scottish and UK Governments bear responsibility for rising drug deaths in Scotland.

Commenting, Scottish Liberal Democrat health spokesperson Alex Cole-Hamilton MSP said: “Only a fool would deny that the war on drugs has been a failure. Scottish drugs deaths are soaring and the blame lies with both Scottish and UK Governments.

“SNP cuts to drugs and alcohol services were a serious setback. They should admit these cuts were a mistake and apologise.

“Both of our governments should be listening to the experts and working together to decriminalise drug possession for personal use so that people can seek treatment without being afraid they will end up in prison.”

Speaking to CommonSpace, a spokesperson for Health Poverty Action commented: “It’s promising that the SNP are committed to changing their approach to drug policy.

“The SNP should be focusing on pushing Westminster to advocate for an end to the war on drugs on the global stage.” Health Poverty Action spokesperson

“We need radical reform centred around public health and social justice – but this cannot be done by only focusing on domestic policy. The SNP should be focusing on pushing Westminster to advocate for an end to the war on drugs on the global stage.

“The majority of drugs consumed by the British public are not produced in the UK, so we need to recognise domestic drug policy is only part of the solution. We need to think about the communities impacted by prohibition in the global south where most illicit drugs are produced.

Addressing the global implications of drug law reform, the spokesperson continued: “Growing cannabis or coca leaves (the plant used to produce cocaine) has become the key form of economic survival for many rural and agricultural communities whose livelihoods have been decimated by Western trade deals and economic policies, leaving their governments unable to fund rural economic development or strong public services.

“We cannot continue to punish farmers through criminalisation and marginalisation for surviving in a system we have created. It’s time for legal regulation with social justice and public health at its heart.”

Picture courtesy of The Naked Ape