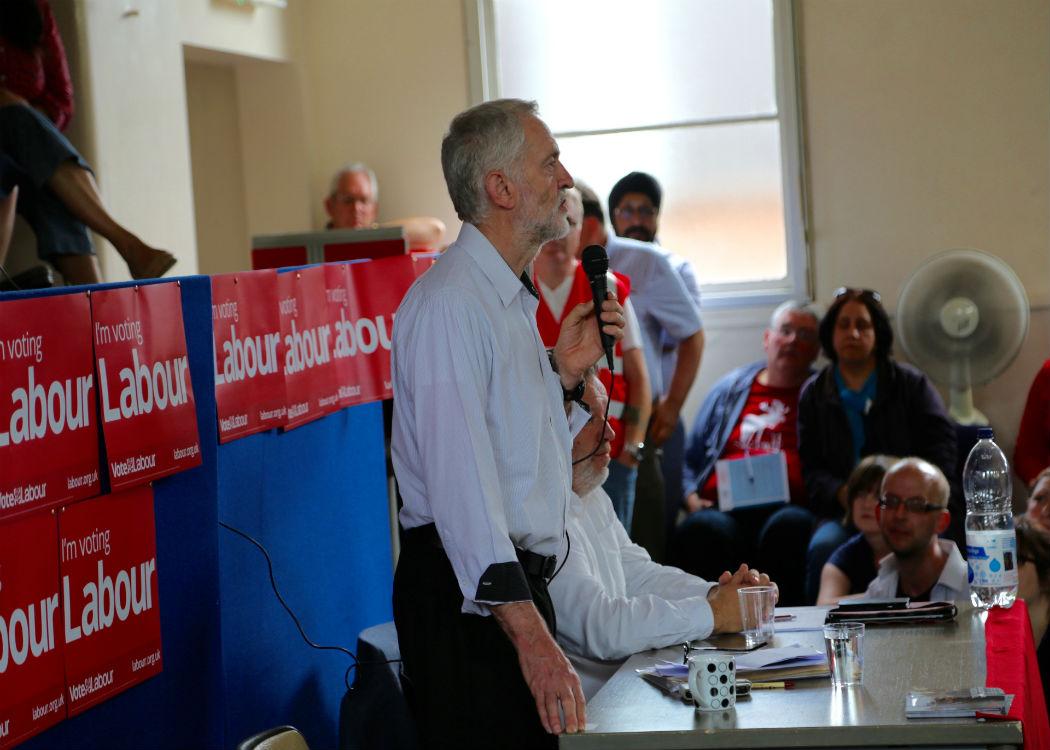 WITH Labour figures from former prime ministers to leadership contenders lining up to criticise Jeremy Corbyn, some are now speculating that, as author Will Self recently said , “Labour is too broad a church”.

The shock rise of leftist Corbyn as an almost uncontestable front runner has prompted fury among devotees of the New Labour ascendacy in the media.

It seems that everyone is an expert in the Labour party now, especially when they are not, on why Corbyn, ostensibly one of their own, a veteran Labour MP, is such a threat to Britain and the world.

So what are their expert credentials? CommonSpace takes a look

Quote : “I have to say that if our global alliances are going to be alliances with Hezbollah and Hamas and Hugo Chavez’s Venezuela and Vladimir Putin’s Russia, there is absolutely no chance of building a world-wide alliance that can deal with poverty and inequality”

Who is he?: Brown was chancellor of the exchequer for 10 years and prime minister for three.

Brown failed to be elected prime minister in 2010 and has, like most of the electoral failures on this list, plenty to say about the dangers of ‘unelectable’ Corbyn.

But in the above quote he is more concerned with Corbyn’s views on foreign policy. Brown’s own forays into international affairs saw him sponsor the ‘War on Terror’ in pursuit of appropriate “alliances”.

He was an outspoken advocate of the ‘special relationship’ with the United States, saying he would “not allow people to separate” the UK and the US. He promised an unlimited fund for the Iraq war, earmarking an initial PS1.7bn. The final cost to the UK of wars in Iraq and Afghanistan was PS30bn.

He is also a member of the Labour Friends of Israel lobbying group.

Quote : “Quantitative easing was a special measure when the economy collapsed, liquidity dried up, interest rates fell as low as they could go. But printing money year after year to pay for things you can’t afford doesn’t work – and no good Keynesian would ever call for it.”

Who is she?: Cooper worked as chief economics correspondent for The Independent before beginning her politics career. She was chief secretary to the treasury at the onset of the global financial crisis in 2008.

Speaking of Keynesians and what they would and would not ever “call for”, Jeremy Corbyn’s economic proposals have been defended by Joseph Stiglitz and Paul Krugman, both Nobel Prize-winning Keynesian economists.

Who is he?: Alistair Campbell was Tony Blair’s director of communications and strategy and was commonly referred to as a ‘spin doctor’. He was brought into the heart of government without ever having been elected, so he’s another expert who spends much of his time declaring that Corbyn (who has only been elected eight times) is unelectable.

He is best remembered for hs role in the compilation of the Iraq ‘dodgy dossier’, an intelligence document purporting to represent the threat posed by Saddam Hussein’s regime.

Its claims, particularly concerning Saddam’s supposed stock piles of chemical and biological weapons turned out to be false, as did its claim that Iraq had an active nuclear weapons program. It was later revealed that Campbell had himself fabricated some of the claims.

The war in Iraq is estimates to have killed at least more than a million people.

Quote : “Am I going to put up with some crazy left wing policies that he is putting forward and traipse through the voting lobby to support him? It’s not going to happen is it? So I would give him about twelve months if he does become leader.”

Who is he?: Danczuk is the MP for Rochdale and on the extreme right of the Labour party. He has long campaigned Labour to appeal to anti-immigration sentiment and cut welfare benefits. He now openly calls for Corbyn to be removed from the position of party leader if he wins the election.

Another person who insists on democratic propriety and electability, he is part of a lobby of rightwing Labour MPs saying they will ignore the members decision if Corbyn is elected and find some way to depose him.

Quote : “He is the tory preference.”

Who is he?: Tony Blair was prime minister for three terms and engaged in a thorough reform of the Labour party that resulted in the abandonment of many traditional policies and ideas, including ‘clause four’ – the part of the Labour constitution which calls for nationalisation. Blair remains a controversial figure in the UK after leading the invasion of Iraq along with the US and George Bush.

Blair has made repeated interventions into the campaign to make comment and to criticise Corbyn. His occasional trips home to berate the Labour party are an unwelcome pressure on his pursuit to amass an enormous fortune.

The candidate widely appreciated as the ‘Blairite’, Liz Kendall, is riding on eight per cent in the polls, and is another expert on electability.

When she was asked what her own greatest achievement was in 2002, Margaret Thatcher answered: “Tony Blair and New Labour. We forced our opponents to change their minds.”

Quote : “I don’t want to see Labour submit our resignation letter to the British people as a serious party of government. Millions of people depend on us to provide an alternative and that’s what I’ll be doing over the coming weeks.”

Who is she?: Liz Kendall was elected to parliament in 2010 and immediately ensconced within the party’s ‘Blairite’ faction. She previously supported another Blairite, David Miliband, for Labour leadership. He lost, and is now also an expert on winning elections.

Kendall’s claims that she will win “millions” over with her “alternative” in the course of two weeks may seem a little dubious since she’s only captured eight per cent of Labour’s 610,000 members.

Quote : “The alternative to Syriza/Corbyn is based on passionate reform, not angry defiance.”

Who is he?: David Miliband was a key member of the Blairite team and was one of the main architects of New Labour policy. He, of course, supported the Iraq war and was latter made foreign secretary between 2007 and 2010.

He lost the Labour leadership race to his brother Ed Miliband in 2010, meaning he not only lost to the man who took Labour to the worst shock defeat the party had experience since at least 1992, he also lost to a man who himself lost substantial votes and seats to the SNP, Ukip, the Greens and George Galloway. He says Corbyn is unelectable.

Quote : “The Trotskyite Left and the Telegraph Right who might participate in this election clearly have their own malign purposes.”

His reference to the “Trotskyite Left” influencing the election has some resonance, since he was the Labour leader responsible for purging the Trotskyite Militant Tendency in the 1980s. Perhaps he now questions his abilities in that field as well.

He is now a Lord. Luckily for Kinnock, Lords aren’t elected.

Who is he?: Mandelson is not really one for public statements, and though he was an MP between 1992 and 2004, he isn’t the sort to let elections get in the way of his political influence. That profound influence in the Labour party stretched from Labour’s defeat in 1987 through to Labour’s defeat in 2010 and earned him the nickname “Prince of Darkness” for his cunning.

He chose to come and go into government, apparently as he saw fit and whenever he felt he wanted his hand in the game. His attempts to bring the Labour leadership election to a close , thus ensuring that all Labour’s potential future prime ministers are unelectable, have however come to nothing.