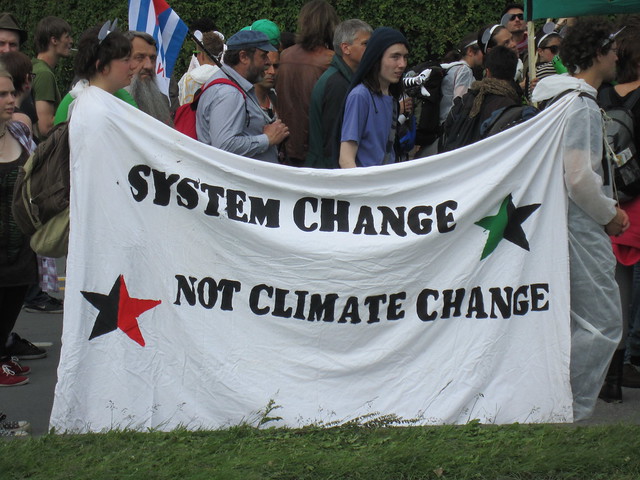 A LITTLE over a month ago, First Minister Nicola Sturgeon stood before the STUC conference in Dundee and announced her commitment to a “Scottish green deal”, vowing to deliver a carbon-neutral society that would encompass every community in Scotland.

The significance of her phrasing is arguable; Sturgeon’s choice not to employ the term ‘Green New Deal’ may simply have been an attempt to avoid conflation with the US campaign fronted by democratic socialist Congresswoman Alexandria-Ocasio-Cortez – a comparison nonetheless employed by much of the media. And yet, Sturgeon’s avoidance of the more familiar phrase might also have been an effort to avoid being tied to specific policy prescriptions demanded by the Scottish Greens, or by the Green New Deal Group whose 2008 report helped popularise the idea within a British context.

The Scottish Government’s targets for climate change and emissions reduction do not suffer from such ambiguity, true – they are understandably trumpeted by Scottish ministers as world-beating, and are, within similar justification, criticised in application by many of the nation’s environmental activists. But beyond these specific goals, is the Scottish Government committed to a deal – Green, New or otherwise – with a single, universally recognised definition? When Scottish politicians speak of such a deal, do they all mean the same thing, or have similar views about what its implementation would require?

Speaking in April this year, Patrick Harvie noted that Sturgeon had argued before the STUC conference that a Green deal for Scotland for would a “key mission” for the new Scottish National Investment Bank: “Those are welcome words, but they’re just not followed through in the Bill that sets the Bank up. The Scottish Government will be judged on its action. So far, Ministers have been reluctant to take the bold and urgent action that is required to tackle the climate crisis.”

Speaking to CommonSpace, the Scottish Greens’ Environment Spokesperson Mark Ruskell emphasised the need for a Scottish Green New Deal to encompass an entire approach to governance, saying: “The concept of a Green New Deal is more than simply a set of policies; rather it aims to mobilise the entire weight of Government’s powers in regulation, fiscal policy and public ownership to address the climate emergency in all its aspects.

“In that light, the recent cuts to the Climate Challenge Fund are enormously disappointing. We are in some respects restricted in what we can achieve in Scotland but we are not powerless. We can make public transport, particularly by rail, affordable and efficient. Through the Scottish National Investment Bank we can develop and support the renewables industry at home. Vitally, we must ensure that fighting back against the collapse of our climate is at the heart of decision making in Scotland.”

Dr Craig Dalzell, head of policy and research for the Common Weal think tank, highlighted the need for any Green New Deal to move beyond rhetoric and articulate specific, necessary policy goals, saying: “Now that we have a firm target from the Scottish Government on the year by which Scotland should be zero-carbon and we have an admission that we are facing a ‘climate emergency’ we need to start working towards these goals with immediate and concrete steps.

“Being carbon neutral by 2045 does not mean doing nothing till 2040 – or even 2020 – before beginning. Common Weal will publish work this year with a costed timeline from now to zero-carbon in all of Scotland’s major economic and infrastructure sectors (Housing, Transport, Energy, Agriculture etc) but there are steps that could be taken immediately.

“For just one example, we would like to see Scotland ban the installation of gas boilers in all new buildings and thermal efficiency standards of all new buildings increased to passive or near-passive heating standards. This step would ensure that the houses built today will not need to be extensively retrofitted over the next decade or two which will be the case if we keep building to current minimum standards.”

When debate persists over what a Green New Deal for Scotland would involve, it’s not as though advocates of a Green New Deal have been vague up until now. Beyond the US-specific policy platform laid out by Ocasio-Cortez and her fellow campaigners, the 2008 report by the Green New Deal Group sets out a range of proposals which would be adaptable to Scotland, although some would require the full levers of power only available under independence, such as a windfall tax on the profits of oil and gas companies similar to the levies instituted in Norway, which allow revenue for government spending on renewable and efficient energy.

Other of the report’s recommendations – like its proposals to change the UK’s financial system, break up powerful banks and similar institutions, and aggressively re-regulate international finance through the reintroduction of capital controls – would require the abandonment of key aspects of the Growth Commission report, which the SNP leadership remains committed to at present.

The centrist American political commentator Jonathan Chait has accused the US Green New Deal of containing “far too much prescription in areas where none is needed”, claiming that its backers are “using the Green New Deal as a platform to add in unrelated proposals for free college, a job guarantee, and other ideas that motivate progressives.” Chait acknowledges that such an approach will appeal to those, such as the writer and activist Naomi Klein, who believe global capitalism is the root cause of climate change, but warns that a policy based around this assumption will have little success convincing those who think differently, and will have no luck getting enacted.

In this, if only accidentally, Chait illustrates a problem which may yet confront efforts towards a Green New Deal for Scotland; the Scottish Greens may, with some justification, be experiencing a swell of satisfaction that much of the discourse around climate change has finally caught up to positions they have been espousing for as long as their party has existed. And yet, as their minority position within Scottish politics demonstrates, neither the Greens nor the broader Scottish Left which advocates similar eco-socialist solutions have succeeded in translating public concern over climate change into electoral support by a plurality of the population.

”We must ensure that fighting back against the collapse of our climate is at the heart of decision making in Scotland.” Scottish Greens’ environmental spokesperson Mark Ruskell

Prior experience unfortunately suggests that this is where future conflict may lie, and where obstacles to achieving a deal which acts as the “big unifying idea” described by Richard Murphy will originate. One person’s Green New Deal could be another’s utopian folly, or technocratic betrayal, or an unworkable chimera built by committee. However, this does not mean following Chait’s disingenuous advice that efforts towards broad societal change should be abandoned.

Those committed to a truly radical Green New Deal for Scotland will need to convince the Scottish people that their solutions, rather than some pale and insufficient imitations delivered under cover of ambitious rhetoric, are not only correct, but workable and vitally necessary Whatever specific policy approach an eventual deal contains is unlikely to be achieved without it. 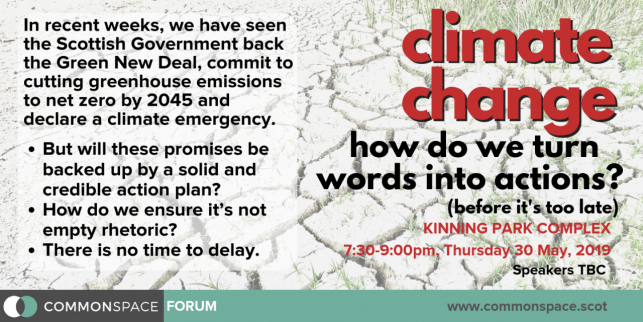