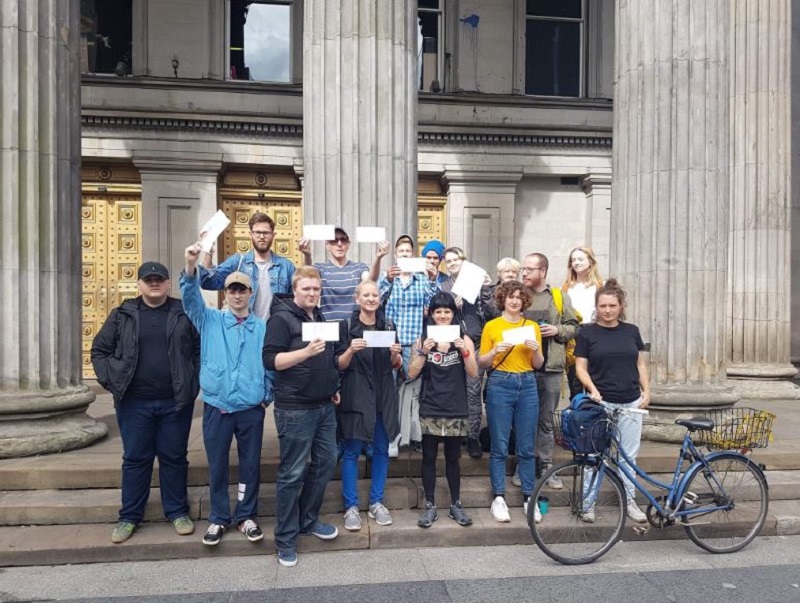 GROWING resistance to the threatened evictions of over 300 asylum seekers in Glasgow has prompted a temporary retreat by Serco, with a number of housing associations who lease properties to the company saying they will oppose the move.

Serco rent a number of the properties they use to house asylum seekers from housing associations, and many across Glasgow have spoken out in opposition to the company’s plans to summarily evict over 300 “failed” asylum seekers who are currently housed in Glasgow.

A campaign by Scotland’s tenants’ union, Living Rent, secured support for their campaign against the evictions from a number of housing associations in Glasgow, including Maryhill Housing who said Serco would be in breach of contract if it made changes.

In a statement issued to Living Rent, Maryhill Housing said: “Maryhill Housing has formally written to Serco to remind them that under the terms of their lease agreement with the association they cannot alter fixtures and fittings (including changing locks) without the association’s consent, which has not been provided.”

Wheatley Group chief executive, Martin Armstrong, told Living Rent: “Since last week we have been trying, through emails and phone calls to senior managers at Serco, to establish how many, if any, refugees threatened with imminent evictions are living in our homes, and when the evictions are scheduled.

“Despite insisting on an immediate and urgent response, we have not received answers to our questions. We are continuing to exert as much pressure as possible on Serco to respond.”

Armstrong also said he had told Serco boss Rupert Soames that the Wheatley Group would seek to convert its agreements with the company into Scottish secure tenancies directly with those refugees who live in homes owned by the group, effectively removing Serco from the relationship.

Tenant’s union Living Rent welcomed the interventions, describing the move by Maryhill Housing in particular as a “game changer”.

Serco announced a retreat from its original plans on Saturday [4 August] after growing opposition to the move accompanied legal challenges in Scotland’s highest court.

Huge news from the Wheatley Group (GHA) the city’s largest social landlord has pledged to take refugees housed by Serco in their properties and put them into direct agreements with themselves.

This is a massive shift towards defeating these illegal evictions. pic.twitter.com/nl1UFdw9Fq

“SFHA is pleased Serco has heeded the housing sector by pausing their plans.

“SFHA calls on Serco to learn lessons from this situation so that going forward a ‘pathway approach’ is adopted so that every person in their care has a clearly defined process and support in place allowing each individual to plan their next steps well in advance of any Home Office decision.”

It is understood that no further action is expected to be taken by Serco until legal challenges to the decision are settled in court, but grassroots organisers in the city have told CommonSpace that they will continue to engage with those asylum seekers at risk of eviction to prepare for any eventuality.