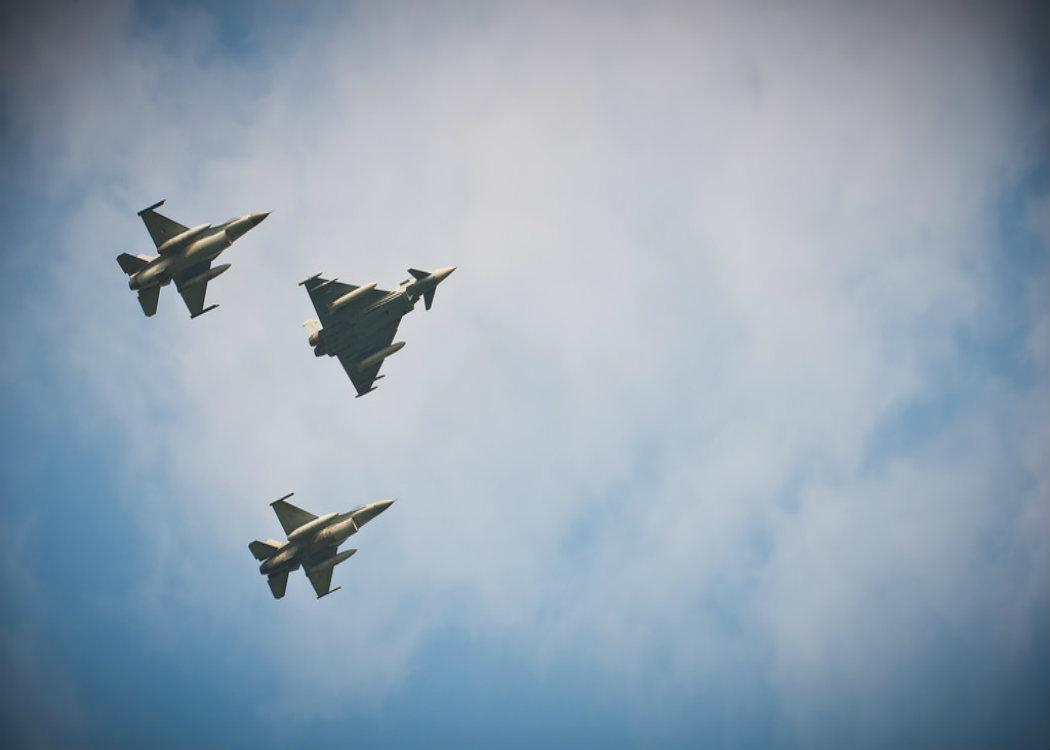 11/09/2015
CommonWeal
CommonSpace columnist Gary Elliot says the recent history of conflict should be a reminder of the importance of diplomacy
ONE of Alex Salmond’s most famous quotes was during his address in relation to the Nato bombing campaign in 1999 when he described it as “an act of dubious legality, but above all one of unpardonable folly”.
What Salmond was warning against, at that point in time, was the unilateral use of force in conflict resolution and also the relegation of diplomacy and negotiation to a secondary position in international relations.
I always took Salmond’s comments at that time as a warning about the long term consequences that taking this route at that point in time may bring.
This was, it is worth remembering, a quote from four years before the start of the Iraq war. It is, however, more applicable in relation to the Balkan War, the context in which it was originally used.
If the Balkan intervention set a precedent, Iraq was the most glaring example of an age when diplomatic efforts and international frameworks were bypassed as an emboldened UK/US pursued military intervention rather than diplomatic efforts in international relations.
Salmond’s quote occurred to me earlier this week when, in the wake of the ongoing refugee crisis, the UK establishment suddenly upped the ante in terms of seeking a mandate for military intervention in Syria.
Not only have we seen the UK Government seek to use the crisis as a justification for a potential bombing campaign in Syria but, as was revealed this week, the government has already used drone strikes to kill UK jihadis there.
Despite the government’s claims of legal justification, the legacy of “dubious legality” endures.
I can’t let the reaction of the media pass by in relation to this either. The Sun’s camping to start bombing ‘For Aylan’ is probably the most obscene example of nakedly twisted opportunism I’ve ever had the misfortune to witness – even from that discredited rag of a publication.

“Nobody can seriously analyse the situation in Syria and say that military intervention can solve the issue without there being an overarching international diplomatic effort.”

What on earth is the likely outcome of any further military action?
It is clear to any person, with any reasonable analytical skills, that the disaster that has unfolded in Syria is a direct consequence of the war in Iraq.
The Iraq war has unleashed a series of unintended consequences of a far greater scale than even the most pessimistic of Iraq war opponents could have described.
If military action is to take place now, what is the aim? When air strikes were previously proposed, these were against the Assad regime. Had these gone ahead they would have effectively helped Isil/Isis.
Within the past two days I have seen confused comments suggesting on one hand that any new strikes would be against Isil/Isis while others have suggested that they should be against the Assad regime.
Within Syria, the Kurds are hailed when they oppose Isil/Isis and yet are currently themselves under military attack from Turkey. Syria is a confused mess and the rush to military intervention can only add to that mess, particularly when that military action has neither a clear military aim nor a geopolitical one.

“The Iraq war has unleashed a series of unintended consequences of a far greater scale than even the most pessimistic of Iraq war opponents could have described.”

It’s easy to ask in this scenario, where in all of this is the diplomacy? After all, nobody can seriously analyse the current situation in Syria and say that military intervention can solve the issue without there being an overarching international diplomatic effort to address the disaster that has occurred.
It is clear that this needs to happen and it needs to include both international agency and regional powers from the Middle East. It needs to be recognised though, that the role of diplomacy, having been relegated and neglected from 1999 onwards cannot as easily be applied.
Not only are there a myriad of parties involved, but each and every one carries varying degrees of illegitimacy. From the Assad regime, with its historic human rights abuses, through to Isis/Isil as a murderous death cult, through to the various regional powers who have sought to utilise the civil war for their own aims (e.g. Saudi Arabia).
And then there’s the US and UK, whose roles, not only in Iraq but in their historic regional colonialism, have left a legacy of deeply entrenched mistrust – it’s difficult to find any of the potential actors who are diplomatically untainted.
The United Nations itself has a reduced credibility due to its ineffectual history, particularly in relation to Iraq. Despite these issues, a diplomatic solution must be found (whether further military intervention happens or not).
And therein lies opportunity, for if a diplomatic solution can be found in circumstances as complex, brutal and unstable as those we find in Syria, then the wider prize may be to re-instate diplomatic solutions as the primary conflict resolution tool in international relations, with the parallel relegation of military intervention to the ‘last resort’ position it occupied during the cold war.
That may seem ambitious, but for a decade and a half international relations have been characterised by conflicts that should and could have been either avoided or constrained by early diplomatic action.
If we want to avoid both the conflicts like Libya and Syria and the widespread consequences that they bring – regional instability, large scale refugees, death, destruction and economic degradation – then there has to be a recognition that a different approach has to be applied.

Diplomatic efforts can bear fruit. The recent agreement with Iran and the thawing of relations between Cuba and the USA bear testimony to that. Both of these examples were long term, required patience, leadership and the tolerance of retrograde steps.
These are the types of qualities that diplomacy requires, though, and which in many cases in the past used to be evident.
If the last decade and a half have taught us anything it is that these qualities need to be vigorously applied again; rather that we at least attempt that than face recurring wars of ‘dubious legality’.
To have our future characterised in that way would be its own ‘unpardonable folly’.
Picture courtesy of Number 10
Common Space
Archive
Share Article: