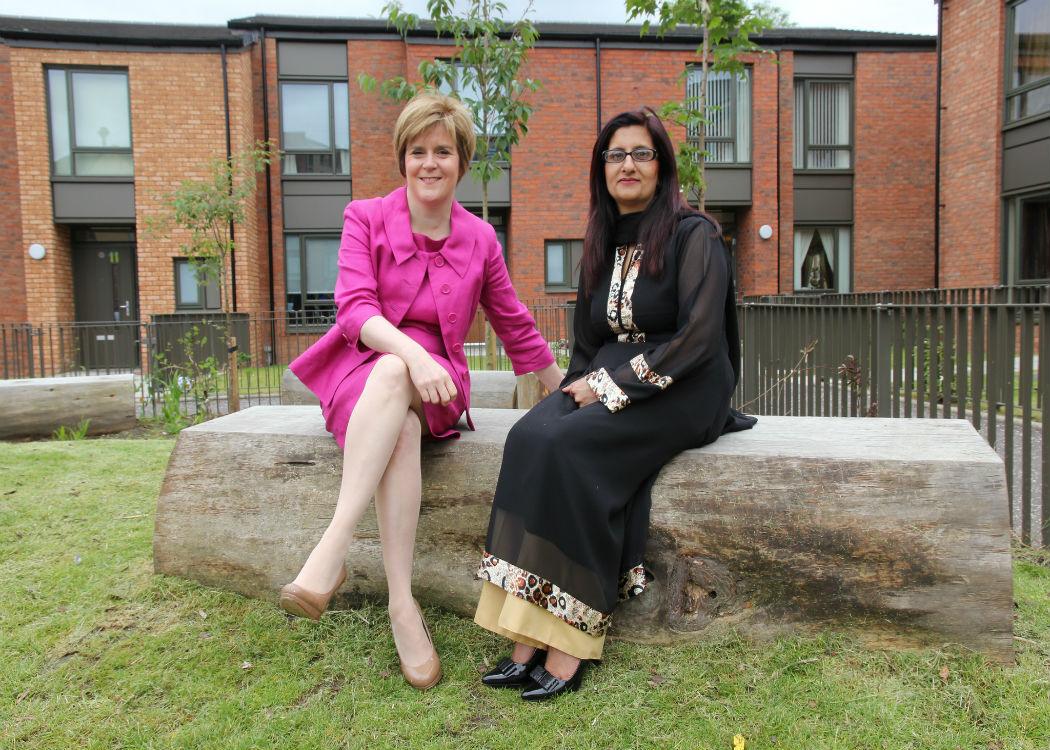 CommonSpace columnist Gary Elliot looks at housing associations and housing policy in Scotland, and argues that it is a practical example of where Scotland has devolved powers it does things better than at Westminster

ONE of the major differences between an election and a referendum, particularly one involving constitutional change, is the proposition that is being put to voters. In an election a political party can say to voters, “vote for us and we’ll do a, b, c”. The extent to which that party fulfilled its commitments can be judged by voters come the next election.

In a referendum on constitutional change it can often be a more difficult sell. During all of Scotland’s referenda in 1979, 1997 and 2014 the underlying message was: “If we have these powers things will be better because it will allow us to make the choices and decisions that suit our needs”. Which is fair enough until voters say, “Like what? Give us an example”. Sometimes having those types of concrete examples – particularly prior to 1979 – can be difficult to pin down.

However, a recent announcement is, in my opinion, a good example of where having particular powers has not only led to better decisions being made but where the very fact of empowerment in itself could well lead to wider benefits.

The announcement that I am referring to is that a consortium of local housing associations plan to launch a not for profit power supplier, ‘Our Power’. I would argue that their ability to do this has been directly linked to both the fact that powers over housing sit at Holyrood and also how these powers have been utilised since devolution.

“It’s worth remembering that housing associations have been central to Scottish Government housing policy since devolution.”

It’s worth remembering that housing associations have been central to Scottish Government housing policy since devolution. Under Labour there was a clear policy steer towards a move away from council housing and towards housing associations. This was not an uncontroversial process, as the stock transfer from Glasgow City Council to Glasgow housing association showed. At this point in time the elephant in the room that Labour failed to address was the right-to-buy.

When the SNP entered government and first consulted on repealing right-to-buy, the interesting thing about it wasn’t that the SNP proposed and consulted on it, rather it was the nature of the response that they received from stakeholders in the sector. The initial consultation was on the abolition of right-to-buy for all new build homes. The response from across the sector was along the lines of: “Well that is alright as far as it goes but can we extend it to new tenancies please”? To which the Scottish Government replied: “aye ok then”.

This was significant because what it effectively did was put an earlier safety net around social house stock meaning a greater number could be safeguarded over the short term from right-to-buy than if it had purely been limited to the Scottish Government’s proposals for new builds.

Part of the aim of the policy at that stage was to give the social housing sector confidence that they could invest in new stock without it subsequently being lost through right-to-buy.

What was expected would happen, has happened. Local Authorities and housing associations are starting to build again. There may be a justified debate to have around the scale of that and if numbers are to increase how that could/should be funded but nevertheless building is ongoing with the Scottish Government on course to meet its target of 30,000 affordable homes by March 2016 (this figure being based on both private sector and public sector affordable homes).

“What the sector has gained through the abolition of the right-to-buy is confidence and security.”

What the sector has gained through the abolition of the right-to-buy is confidence and security. Confidence that not only can stock numbers be maintained within the sector but they can be grown.

Security to be able to plan ahead for the future based both on the current and proposed scale of physical stock and that they are basically on the same page as government as far as housing policy is concerned.

What that confidence and security leads to, is an ability to not only plan, but to innovate, to take a greater strategic approach, to look at wider projects and possibilities that would lend support to the core clients group of housing associations, i.e. their tenants. In other words, empowerment.

The contrast with the situation south of the border could not be more stark. Whatever the reasons that Labour in Scotland didn’t address right-to-buy, it was always clear that UK Labour would never repeal it, such would be the reaction from the right-wing press at such an attack on one of Thatcher’s most totemic policies.

“Now that the Tories have a full majority, their plan is to extend right-to-buy to housing association properties – just at a time when housing/homelessness and lack of affordability are at crisis point.”

Now that the Tories have a full majority, their plan is to extend right-to-buy to housing association properties – just at a time when housing/homelessness and lack of affordability are at crisis point. Housing associations in England now face an uncertain future, as they are faced with more or less having to sell off their stock on an ongoing basis.

Is this the type of scenario in which you can engage in innovative future planning? Hardly. Are Housing Associations likely to feel empowered? No. Are they going to be able to think out of the box in relation to innovative and inventive ways through which they can help and support their tenants? No.

More likely that they will have to scenario plan the extent to which they can even survive as they try and profile the attrition rate at which they are likely to lose stock in forthcoming years.

“With empowerment comes responsibility and a need for consultation, openness and transparency.”

There is a caveat that I would like to raise, however, and it’s this – sometimes when organisations become empowered there still needs to be checks and balances in the system to ensure that people still have choice in relation to provision. I well remember our local council getting their fingers burned when I was younger when they negotiated what they thought was a good deal for their tenants in relation to electricity supply. This meant though, that all of their tenants would get “White Meters”. Cue small local rebellion as tenants told the council exactly what they thought of that idea.

So, with empowerment comes responsibility and a need for consultation, openness and transparency. Something all stakeholders in the sector should remember.