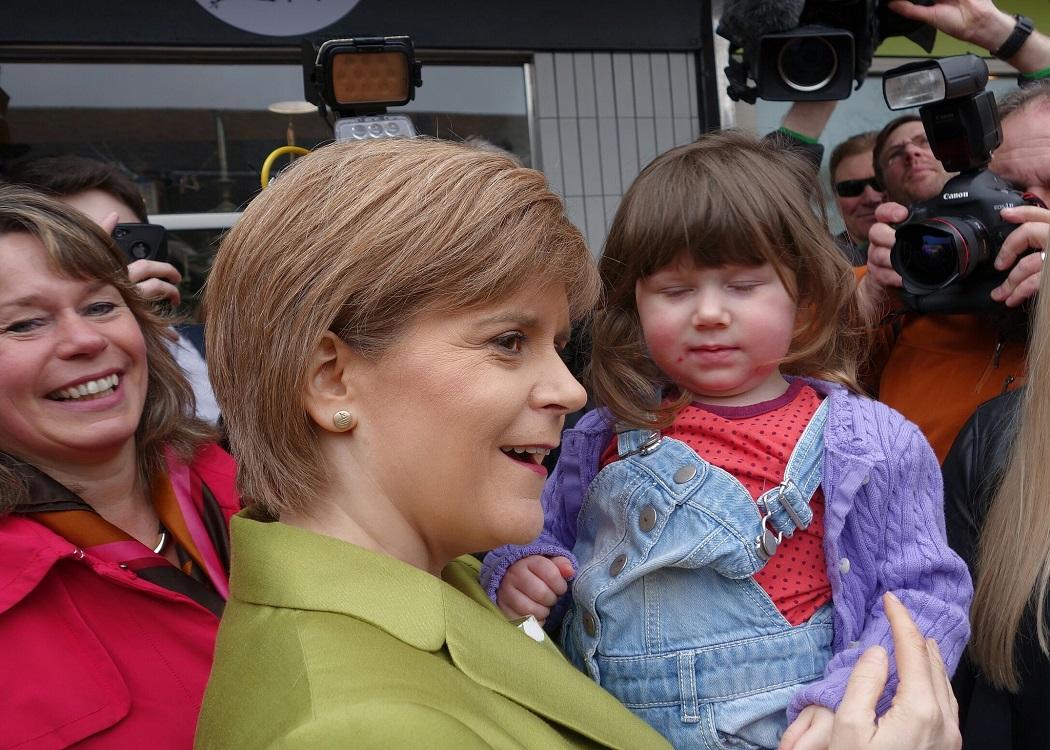 CommonSpace columnist Gary Elliot draws parallels between his own upbringing and Nicola Sturgeon’s, and says attempts to paint her at the helm of a ‘new establishment’ don’t stand up to scrutiny

AFTER the UK leaders debate somebody commented on Nicola Sturgeon being able to convincingly argue in favour of free Higher Education in a way that Ed Miliband couldn’t. Of course she could, because she could argue on the basis of personal experience.

I can share that experience. In fact, there are a few things that I share with the first minister. We are both within a year of each other in age. We both went to our local primary and secondary schools and we both benefited from a free Higher Education.

In the 1970s around 70 per cent of people in Scotland lived in council houses. My mum and dad actually first lived in a bought flat, but when it was demolished under compulsory purchase and they had the choice between a council house and private housing, they chose the council house. Sturgeon’s parents, on the other hand, bought their home through the right-to-buy scheme in the 1980s.

It’s the story of many people of my generation: growing up in council houses, going on to college or university and gaining employment that differed significantly from our parents.

My sister started off her married life in council housing as well although her family later moved out and bought a private home.

The interesting thing is when you look at the experiences of her children, particularly my nephew. When he and his fiancee of the time were looking for a home, they bought and ex-council property, very similar to the one he first lived in as a small child, but at a purchase price of over six figures.

For many young couples this is a price that would be way out of reach. In effect, in the space of a single generation, social housing went from available and affordable to being barely available. The first step on the housing ladder grew out of reach for many.

I differed from my siblings because I went to university. I was a reluctant student. As a teenager I would have preferred to have left school and got a job.

I spent a lot of time scuttling back home from uni to spend time in the pub with my mates – some of whom were working, some unemployed, some on government training schemes and others who were at college or uni but, like me, felt that it was out of necessity.

It’s the story of many people of my generation: growing up in council houses, going on to college or university and ultimately gaining a level and type of employment that differed significantly from our parents.

Does any of this matter? I think so, and for a number of reasons.

Sturgeon’s authenticity will be understood by that cohort of her generation whose life experience to date broadly reflects that of our first minister.

Firstly, people don’t want or like fake politicians. The fact that Nicola Sturgeon can talk from experience about her own personal journey gives a level of credibility that the likes of David Cameron or George Osborne could never have.

That authenticity will be understood by that cohort of her generation whose life experience to date broadly reflects that of our first minister. It also goes beyond that group to others who may have had different life experiences but can relate to the authenticity of the journey.

Secondly, the fact that she can talk about it shows the extent to which she both understands how she has benefitted – particularly in relation to free Higher Education – but also wants to protect that for future generations.

The glaring comparison here is with Scottish Labour leader Jim Murphy, who, on the contrary, fought tooth and nail for the NUS to accept New Labour’s push towards tuition fees.

Thirdly, and most importantly, a recent Daily Mail article claimed that Nicola Sturgeon represented a “new establishment”. Only yesterday, Gerry Hassan wrote: “The SNP have governed Scotland for coming up for eight years and are fast becoming the new political establishment.”

I just don’t buy that. Establishments are by definition “established” and they become so over an extended period of time, not in the space of two parliamentary terms. Establishments also reflect a concentration of established networks and often privileged, exclusive access.

Hence, the unrepresentative concentration of ex-public school attendees in politics, the media, the civil service and the judiciary. It’s tempting to say that if Scotland’s ‘new establishment’ is represented by people who grew up in council houses, went to their local school and then went on to Higher Education, then long live the new establishment.

It would be facetious, however, because the life experience of younger generations has changed (and some would argue, for the worse – e.g. the far lower number of council houses available for rent).

It’s tempting to say that if Scotland’s ‘new establishment’ is represented by people who grew up in council houses, went to their local school and then went on to Higher Education, then long live the new establishment.

It would be too much to say that Nicola Sturgeon uniquely represents her generation but she certainly reflects a strand of it – in a wholly positive way. Representing a strand of your generation does not equate to representing some kind of ‘new establishment’, however.

Future Scottish generations will carve out their own personal journeys. I hope they find their way into politics, the media, the civil service and the judiciary based on merit.

It is incumbent on current generations – the first minister included – to ensure that the opportunity to do that is protected and does not become the preserve of any ‘new establishment’ at all.