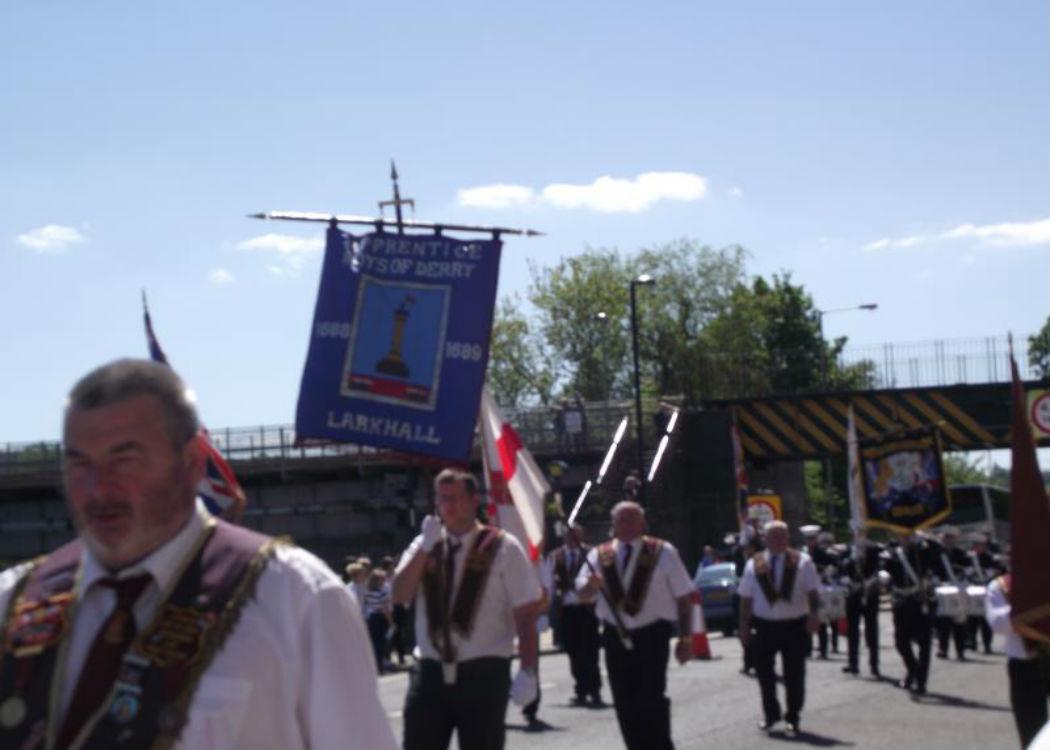 LIKE many of a pro-independence persuasion, I’m not the biggest fan of the Call Kaye/Morning Call programme on Radio Scotland. Fortunately I don’t tend to hear it that often, so that’s one less thing to drive my stress levels into overdrive. I do sometimes catch it, however, when I’m driving somewhere for a meeting or something like that.

That was what happened one day last year. I have to admit that I groaned as Call Kaye came on. Then I groaned again as the subject matter for the programme was announced – Orange walks. Rather than change channel I decided to keep listening. As it turned out my worst fears didn’t materialise and the programme was an interesting listen.

The reason is that it featured one of the senior members of the Orange Order in Scotland (I can’t remember his actual title and won’t guess in case I gravely offend somebody for neither being grand nor a master). He was having questions put to him directly by listeners. Over the course of the programme, this individual grew ever more frustrated, barely able to contain his temper and unable to reasonably defend his position and organisation, as a succession of callers – all reasonable, ordinary people – called the Orange Order to account on a range of issues in relation to their marches.

The sheer volume of them; the disruption; the cost to the public purse; the fact that they were often unwelcome in communities; the anti-social and often drunken behaviour of their bands and followers; all were put to the spokesperson in a very public forum.

To hear the Orange Order spokesperson put in the public spotlight like that was illuminating, but the programme also offered a glimpse into the echo-chamber groupthink of the Orange Order itself. Not only was I taken aback by the grossly inflated level of historical importance that this individual placed upon the Battle of the Boyne, I was also taken aback by some of the justifications that were offered in relation to Orange marches. At one point the individual claimed that part of the reason the marches take place is to defend the right to march and that people should be grateful that the Orange Order were there to do that, lest that freedom be lost.

Now, as it happens I happen to think that there are serious issues in relation to the freedom to march and protest in the UK today. With protest marches regularly “kettled” and Parliament Square effectively cordoned off to protests, anybody with an awareness of the importance of the right to protest and the right to march has reason to be genuinely concerned.

However, I know of no sane person who would rationally suggest that Orange marches are a means by which this issue should be addressed. On the contrary, I think that if this was suggested to anybody outwith the Orange echo-chamber it would induce incredulity as a reaction.

“In my opinion rather than defend the right to march, the Orange Order represent a threat to that very freedom”

In my opinion rather than defend the right to march, the Orange Order represent a threat to that very freedom.

The weekend’s “Orange Fest” in Glasgow’s George Square is a case in point. Over 27,000 people signed a petition asking Glasgow City Council to ban the event. In February 2012 the Herald reported that 74 per cent of respondents polled in Scotland would like to see Orange walks banned.

The repercussions of any type of ban have to be seriously considered. If Orange walks were banned, what next? Who would decide? What marches or parades would subsequently be declared “unwanted” and /or illegal? And yet, such is the strength of their opposition, thousands of people across Scotland would be willing to risk a restriction of their own freedom to march and protest, the repercussions of which couldn’t fully be told for years, due to their opposition to the ongoing presence of the Orange Order on their streets.

“The repercussions of any type of ban have to be seriously considered. If Orange walks were banned, what next?”

Is it conceivable that such public pressure could even lead to some form of legal redress, be it a ban or a limitation, being enacted? An illuminating parallel can be found in the Offensive Behaviour at Football Act. As Wings Over Scotland have shown through their polling, this Act remains popular and was popular at its inception. This popularity stems from those within Scotland sick of hearing sectarian and bigoted chanting at football matches – particularly Old Firm ones – in Scotland.

The Act itself, as some people pointed out at the time, had a far broader scope than that though. Many people turned a blind eye, however, innocently thinking that it would largely be used against the Old Firm fans that inspired its conception in the first place.

With incidents such as two young Hamilton Accies fans being arrested for chanting “Well, Well, Fuck yer Well” after a recent Lanarkshire derby, it acts as a stark example that if a law exists, the police and legal authorities will seek to use it to the full extent that that law allows.

“Is it too much to expect the Orange Order to step back and take a bit of a reality check?”

Should Orange walks be banned? The straight answer is “no”, as that course of action would pose a wider threat to the freedom to march and protest.

Is it too much to expect the Orange Order to step back and take a bit of a reality check? Is it too much to ask that they self-reflect just a wee bit and consider that if they genuinely care about the freedom to march why they blindly persist in such a disproportionate number of marches and parades that it is eroding public support for the very freedom to march itself?

Maybe I’m being pessimistic but something tells me this will still be a topic for discussion ten years from now.