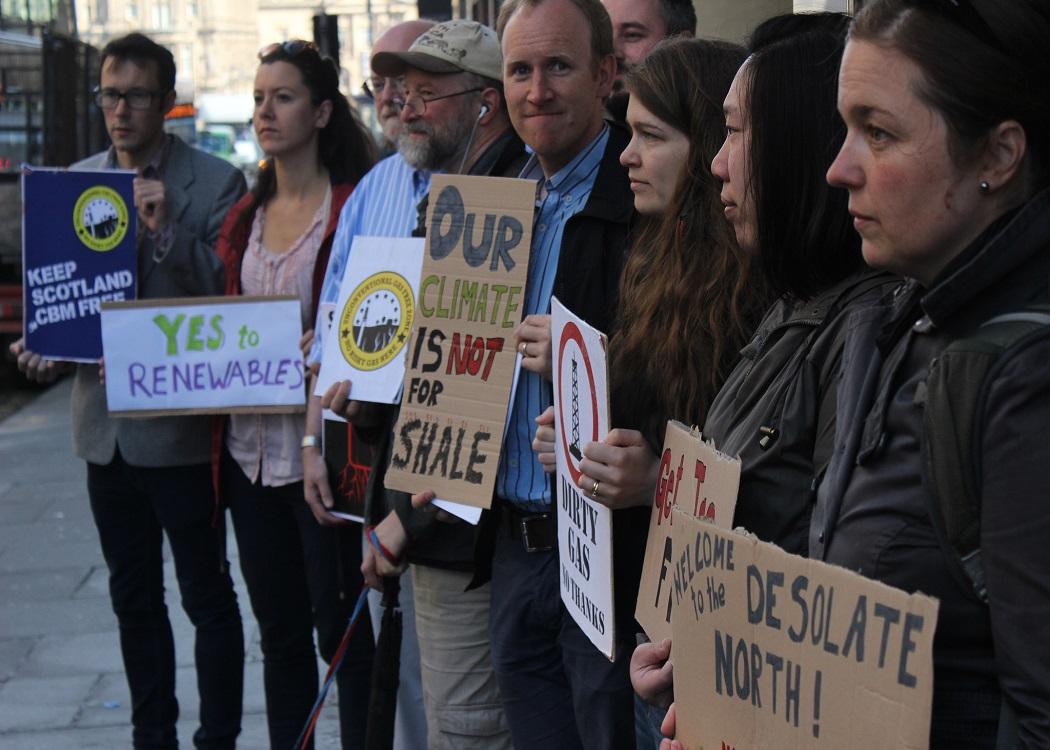 THE past two days have seen Grangemouth owner and operator Ineos step up its pro-fracking PR campaign in Scotland, with an eight-page – paid for as advertising – spread in the Daily Record and an online question and answer session on Facebook as well.

Ineos has already secured UK Government licences for fracking across Scotland’s heavily populated central belt but will be unable to act on these unless planning permission is secured locally. Hence the hard sell.

The Scottish Government has imposed a moratorium on fracking (although worryingly, not on underground coal gasification).

Ineos has already been holding local sessions to try and explain its plans, but rather than a complacent and compliant public it has found its meetings largely attended by articulate and well-informed opponents, using well-argued reasoning and a trove of online evidence to seriously challenge some of the baseless and casual arguments presented to them by Ineos.

Anti-fracking campaigners have to be clear that it isn’t good enough to merely oppose and say “No”, alternatives to how we address these energy issues must be provided as well.

However, for everybody who is either concerned about or opposed to unconventional gas extraction, it’s worth taking a wee step back and taking a strategic look at why this is now an issue.

Gas is a major part of our energy supply, both for domestic use in cooking and heating and also for industrial use, e.g. in electricity production.

Future supplies, however, face major strategic risks, for example from declining stock in the North Sea (although new fields west of Shetland are due to come on-stream) and also from deteriorating relations between western Europe and Russia – one of Europe’s major Gas suppliers.

Anti-fracking campaigners have to be clear that it isn’t good enough to merely oppose and say “No”, alternatives to how we address these energy issues must be provided as well. Fortunately, there are a number of developments worth taking a look at.

Firstly, a new project – Fife Geothermal – has been launched by St Andrews University to look into the possibilities of geothermal heating for homes and businesses. The university is the lead partner in a Scottish Government-funded project to find out if geothermal energy can be harnessed to heat homes and businesses across the country while bringing down carbon emissions.

This follows on from a 2013 study launched by Caledonian University in Glasgow that was seeking to explore the possibility of extracting geothermal energy from disused coal mines to heat homes in Glasgow. Researchers were planning to map the city’s underground reservoirs over a three-year period to identify and develop the potential to heat homes.

Another interesting development recently reported involves the Norwegian city of Drammen, where the local council has developed a geothermal energy supply for all of its 65,000 inhabitants and businesses, utilising the run-off waters from a nearby glacier as part of a district heating scheme.

This project may be happening in Norway but the technological know-how has been provided by a company from Glasgow, Star Renewable Energy. All of these possibilities require electricity to power them and the preference would obviously be on green renewable electricity.

Last week’s decision by Westminster to abolish on-shore wind subsidies a year early causes major problems for the development in Scotland’s renewables sector with Niall Stuart,chief executive of industry body Scottish Renewables, claiming that it could cost up to PS3bn in lost investment.

Much has been written in the past week about how bad a decision this is for Scotland. The timescale for this was brought forward by a year, with no consultation with the Scottish Government, no consideration for Scotland’s green energy ambitions, no recognition of the role onshore wind is already playing in Scotland, and was announced with a level of general contempt for Scotland’s aspirations that is already becoming all too familiar from the new Tory Government.

Nicola Sturgeon called the decision “wrong-headed”, “perverse” and “downright outrageous”. She was right, and it again shows that without full control over energy, Scotland is being hampered in its renewables ambitions.

However, we also have to face the fact that, for the meantime, energy isn’t under the control of the Scottish Government and it doesn’t look as if it is going to be any time soon.

Consideration and planning, therefore, have to be focused on what can be achieved within the powers that already exist (and it’s worth remembering that a lot has already been achieved with a limited range of responsibilities and policy options).

When a Scottish company is implementing geothermal heating in Norway and there are studies taking place into the feasibility of major geothermal projects, it shows that there is still the potential to show ambition and foresight.

However, a national shift away from gas for domestic and industrial use requires long term strategic thinking and would require major planning at governmental level. It would also need radical and innovative thinking across levels of government and across different policy areas such as planning and housing.

Should the foresight, will and determination be there, Scotland is well placed to continue in its green energy revolution.

This represents an opportunity, though, since both of these are areas of devolved responsibility. There has to be a recognition that if the political will is not there, the chances of undertaking a long term energy policy shift are slim.

But should the foresight, will and determination be there, Scotland is well placed to continue in its green energy revolution, hopefully negating any need for regressive polluting industries like unconventional gas.

So although we don’t have energy as a devolved responsibility yet, we should reject fracking, with all its historic risks to public health, and be bold in pursuing the long term vision of clean, sustainable green energy.