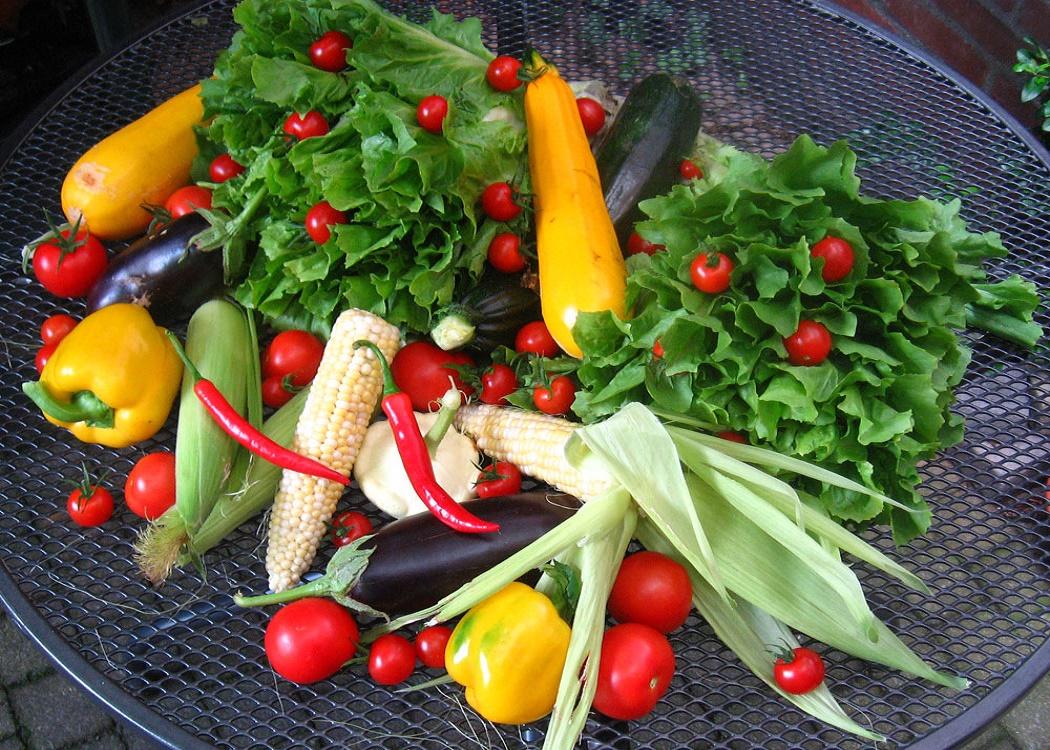 CommonSpace columnist Gary Elliot argues that home-grown food is cheaper, healthier and better for the environment

WHEN the Scottish Government announced in August that it had taken the decision to ban GMO crops, one of the reasons offered by apologists for the technology cited in its defence was the need to increase the amount of food that is produced.

I paraphrase, but the general tenet of the argument was that people in the world are hungry, we need to produce more.

There are a variety of reasons why this is a wholly vacuous position but one in particular caught my eye last week. Food activist Edd Colbert reported for Foodtank , outlining the sheer extent to which farmers in Kenya can often have up to 45 per cent of their crop rejected by EU supermarket buyers.

One thing that you notice when you grow your own is how much you’re paying for produce in the shops.

The rest is wasted. The reason given to explain why the food isn’t accepted is often purely cosmetic. The produce doesn’t look ‘perfect’. Not only is it not used, but farmers lose money.

Why do supermarkets insist on perfect-looking food? Is it the case of supermarkets merely reacting to consumer demand – knowing that less than perfect looking produce sells less well? Or is it that their (and the wider food industry) presentation of perfect-looking food has altered our historical perception of what food looks like and that this has changed our expectations?

The food industry is not the only one to shoulder some of the blame here. It was only in 2009 that the EU repealed 20-year-old guidelines restricting the sale of ‘misshapen’ fruit and vegetables. Cookery programmes also place a huge emphasis on how a meal is ‘presented’ when served.

One of the reasons that this particular article in Foodtank motivated me to write a piece was because the pictures used were of what was either mange tout or sugar snap peas. Sugar snaps are one of the things that I grow in my own garden and because of that I know what they look like when they grow.

The perfect specimens on the left do grow, the examples on the right grow as well. They both taste exactly the same. At home we eat both with no complaints from anybody, weans included.

When you are growing both at home, it’s actually pretty hard to keep up with the amount that is produced. And when that happens, not only do you get lots but you get lots that look like the ones on the right, and more.

As it happens, earlier on in the year I took a quick photo of what was effectively the last of our crop. This was probably about five or six weeks into the plot producing and these were the ones that had grown beyond the ‘eat the whole pod’ stage because we couldn’t keep up with them all and had turned into full blown pea pods.

Since that’s what they are – peas – I shelled them, blanched them, froze them and we’ve now eaten them. To think that vast amounts of similar food is going to waste for purely cosmetic reasons is scandalous.

One other thing that you notice when you grow your own is how much you’re paying for produce in the shops. A toty wee packet of mange tout or sugar snaps costs about PS1. That’s a ludicrous amount of money for a few immature pea pods. Where does that money go?

The supermarket probably doesn’t even have that much of a margin, the farmers probably get a minimal amount – paid under trading conditions they find difficult to challenge – and a huge chunk will not only go on transportation costs but that transportation is creating further costs in terms of carbon footprint and climate change.

The sheer inefficiency is gobsmacking. As a comparison, the patch of ground that I grew my crop on this year was 5ft x 4ft. The seed packet cost me PS1.39 and I didn’t use all of the pea seeds. That kept us in fresh sugar snaps for about five or six weeks with the rest going in the freezer.

Now, I’m aware that his type of thing isn’t for everybody. But, most evidence suggests that there is an unmet demand among the public for the resources to do this type of activity. Research by the Scottish Greens two years ago suggested people in Scotland can wait up to nine years for an allotment.

If people can at least grow some of their own food, if children can grow up experiencing home grown food, then what we can do is move to a more realistic culture of food appreciation in which our expectations of cosmetic presentation are radically reduced.

Concern has been raised over whether Scottish Government plans to address this may lead to a reduction in allotment size. The broader issue in Scotland is the question of land – who owns it and what it is used for.

Access and the ability to use land is currently a major topic in Scotland and was one of the issues through which the grassroots of the SNP exerted pressure on the leadership at the weekend’s conference.

Access to land matters. Access to land as a means of people growing at least some of their own produce should matter more than it currently does. I’m not advocating that we, en masse, shift to becoming subsistence crofters, that’s not realistic for the majority of people.

But if people can at least grow some of their own food, if children can grow up experiencing home grown food, then what we can do is move to a more realistic culture of food appreciation in which our expectations of cosmetic presentation are radically reduced.

If that can reduce food waste, and raise income for global farmers then that makes a real, material difference.

I’m sure that there are some who would view this as a minor, peripheral issue. I would argue that it goes to the heart of many of the global issues we face. Should we be reducing carbon footprint? Yes. Should we be eliminating chemicals from our diet? Yes. Should we be wasting perfectly good food due to a prevalence for cosmetically good looking food? No.