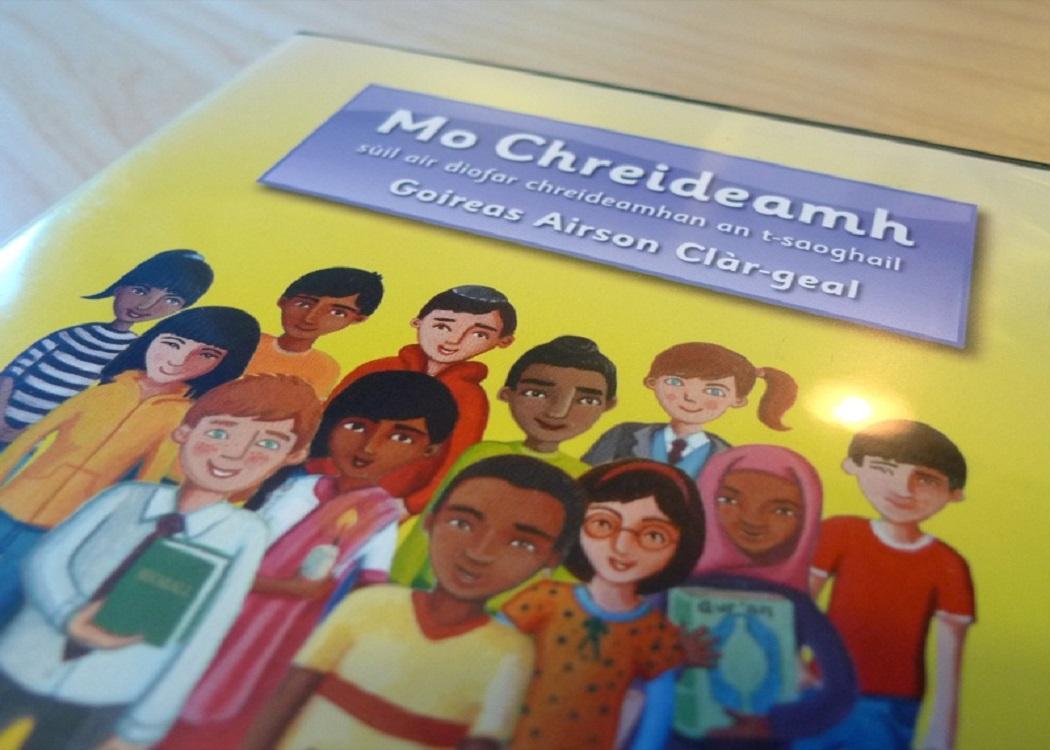 CommonSpace columnist Gary Elliot says making the decision as a parent to send your children to a Gaelic Medium Education school is not an easy one, and the last thing the debate needs is ill-informed commentators clouding the issue

ANOTHER recent Twitter spat and series of articles in the media have brought Gaelic education into the spotlight once again. One of the frustrating things for those who have some knowledge of this area is the extent to which people, in both the media and other forums, feel they can comment when it is clearly the case that they don’t really understand what it is that they are commenting on.

At school, I learned German. I sat in a class in which the teacher taught us how to say words and phrases in German. After that, we carried on to our other classes in maths or geography or whatever else it may have been.

There are Gaelic classes that take place like that in Scotland, but much of the debate centres around Gaelic Medium Education. This is where children take their classes themselves in Gaelic, whether the subject is maths, history, geography or something else.

The aim of this approach is to deeply embed language learning from an early age – often playgroup and nursery – in order that the children grow up with a real degree of bilingualism.

In Scotland, Gaelic provides entry to a vast swathe of cultural knowledge that most of non-Gaelic Scotland barely knows exists.

As you would expect, this is not a set of circumstances that happens arbitrarily to random kids. They don’t suddenly turn up in classes like this; parents have to make a conscious choice to send them there.

There are a number of reasons why parents would make this choice. Firstly, if there is Gaelic in the family it is a clear means of helping to pass the language on. Secondly, there are clear developmental and educational benefits, for example in cognitive development and in terms of additional language ability.

I have a distinct memory of our German teacher trying to explain to a class of teenage Scottish kids the concept of “Case” in language. We just couldn’t get it. A large reason for that was that “Case” just doesn’t exist in English. It does in Gaelic.

In Scotland, Gaelic also provides entry to a vast swathe of cultural knowledge that most of non-Gaelic Scotland barely knows exists. From learning songs and poems for both the national and local Mods, through to a knowledge of place and family names.

There is also the whole field of media that provides an outlet for kids in their formative years, whether or not it is appearing on “De a-nis?” (a weekly magazine type programme in Gaelic for kids that has close links across the educational sector) or through events like FilmG, the annual competition for short Gaelic film.

However, there are also factors that can make Gaelic Medium Education a difficult choice. It is delivered through network of Schools and units across Scotland. If you live in the immediate catchment area of one of these it provides a fairly simple choice: education through English or Gaelic.

If you don’t live in the immediate catchment area but are interested as a parent, that choice starts to throw up complications. Do you send your children a few miles away to a different school when all the local kids go to the local school down the road? How far away is that and how long does it put on the school day? How does it impact on local friendships?

Gaelic Medium Education is extremely important in helping to save the Gaelic language in Scotland from extinction.

If it’s a small unit the small class sizes might appeal at first, but if your child is being educated as part of a primary 1-4 composite class will that help or hinder? What if your child is the only one of their gender in the class?

In a mainstream class your Wullie might fall out with wee Eck, Soapy and Boab but he can still play with eight other boys. How does the dynamic work in relation to friendships and the inevitable fall outs if there’s only Wullie, Eck, Soapy and Boab in the class?

I write this as a parent who knows how difficult a choice this can be, as a parent who initially enrolled their kids onto Gaelic Medium Education only to withdraw them a couple of years down the line due to issues personal to ourselves.

Although it didn’t work out for us, Gaelic Medium Education can and does work. In many instances it produces children who are functionally bi-lingual to a far higher degree than traditional teaching ever could. It is also extremely important in helping to save the Gaelic language in Scotland from extinction.

To embark on Gaelic Medium Education for some parents is an easy no-brainer. For others it can be an extremely difficult choice that can exercise difficult thought in the early years of a child’s life when there are a wide range of other pressures to deal with.

The last thing parents need is ill informed comment from commentators who don’t really understand the subject, are ignorant of the history and who are sometimes motivated by cheap politicking rather than taking a reasoned look at the topic.

Gaelic Medium Education was first established when the Tories had responsibility for education in Scotland through the office of secretary of state for Scotland. It was supported by Labour and the Lib Dems who introduced Scotland’s first Gaelic Language Act – supported unanimously in the Scottish Parliament. It is supported by the current SNP Scottish Government.

The last thing parents need is ill informed comment from commentators sometimes motivated by cheap politicking rather than taking a reasoned look at the topic.

This history of positive political consensus is what is required if Gaelic Medium Education is to grow and thrive. The provision is growing as more parents weigh up the benefits and decide that it is for them.

It is a difficult choice for some, but parents should be allowed to make that choice based on their own knowledge, motivations and circumstances without fear that those choices will be the subject of endless knockabout from either opportunist politicians or ill-informed media commentators.

Gaelic Medium Education can work and be successful. Please let the schools and parents just get on with it.