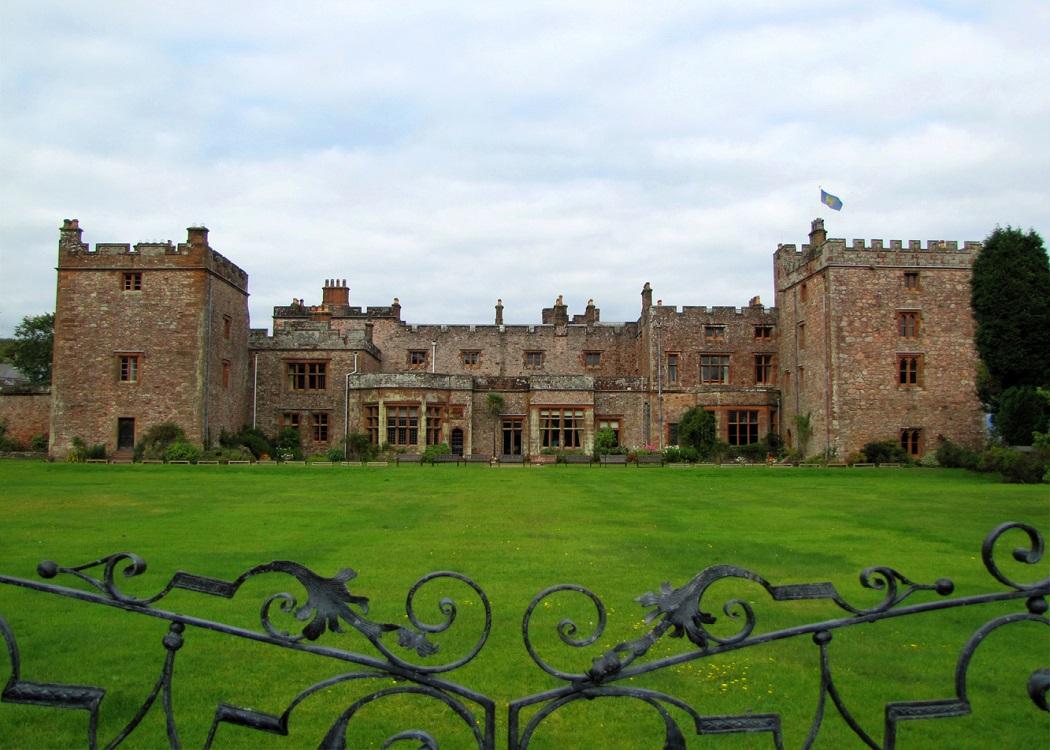 READING CommonSpace journalist Ben Wray’s tweets reporting from the Labour Party’s Scottish manifesto launch last week, the impression was that Labour expected the Mansion Tax was going to pay for everything.

A thousand more nurses, 500 more GPs plus lots of other goodies. The SNP have now said that they will also support the Mansion Tax although haven’t linked it as directly to what they intend to use the proceeds for.

I have some concerns in relation to the Mansion Tax. I should say that in principle it’s not the type of thing that I disagree with. Most people who support progressive taxation and who have looked at the UK tax system suggest that there should be greater taxation on property and assets.

In Scotland, I think that we should take a serious look at Land Value Tax as a replacement for the Council Tax. There is something that concerns me about the Mansion Tax as currently proposed, however.

Are politicians in London going to be able to resist pushing the envelope to maximise the tax take as much as they can?

Labour Leader in Scotland Jim Murphy has been keen to point out that the majority of the money will be raised in the south-east of England where there are a greater number of properties of the value of PS2m and above. This suits the Labour Party’s message of ‘pooling and sharing’ resources that they trumpeted so loudly during the indyref.

My concern is this, though: there is a big temptation among politicans of any hue, that when you establish a tax base you try and utilise it as much as you can in order to increase tax take and pay for public services.

If that tax base is either 1) Of a sufficient minority that they can’t coalesce to actually vote you out of office, or 2) Can’t relocate geographically to escape the taxman’s clutches, then that makes that process all the easier.

So, for a moment, let’s suppose that the Mansion Tax is a success. Suppose that it brings in around the PS2.5bn per year that is expected. If a political party wanted to exploit that tax base just that wee bit more (we need another 500 nurses to promise at the next election!), then what could you do?

Well, maybe you could raise the tax a little bit, or maybe you could increase the supply of ‘mansions’. If you were a politician, and you wanted to do either of those two things, which would you choose? Or, to make the question easier, which would you choose at a time when property developers are desperately planning multimillion pound luxury developments in every square inch of London that they can find?

Although I tend to stick mostly to Scottish politics on my Twitter feed, one of the other groups that I follow is Focus E-15. If you haven’t heard of them they are a group of young mums and mums-to-be who were originally living in a hostel in Newham.

In August 2013 they were served notices to leave due to local budget cuts. In terms of finding affordable accomodation they realised that realistically they would be forced to move out of London – to Manchester, Hastings or Birmingham.

What both the SNP and Labour are omitting is the fact that the property boom in the south-east of England has a major downside.

Since then, the group has engaged in a variety of acts of political activism – part of which has meant battling with Newham’s Labour council. One of these acts was that a year after their eviction they launched a political occupation of four flats on the nearby Carpenters estate, to highlight the fact that more than 600 homes had lain empty for years, at a time when people were being forced out of the borough.

Since forming, one of the things that Focus E-15 have found is that their experience is being replicated across London. Common issues that are arising include; affordable social housing barely available, council housing being demolished to accomodate luxury properties, social and affordable housing numbers cut in regeneration schemes and families being forced to move miles away – beyond family and support networks.

The frustartaions of people in London recently culminated in the March for Housing on 31 January. It is worth re-emphasising what Focus E-15 are saying in relation to this. Local Labour councils in London are facilitating this just as much as the Tories are. Why? For private sector-led local “regeneration”, local economic growth and rising Council Tax returns.

To be fair, if the Mansion Tax in conjunction with plans for new affordable social housing combined to prick the property bubble in London and provide additional homes for families maybe my fears are mislaid. But is it likely to? In London? And as I said if it is successful, are politicians in London at both a council and UK Government level going to be able to resist pushing the envelope to maximise the tax take as much as they can?

Labour in Scotland may be keen to push the Mansion Tax as an example of pooling and sharing across the UK. The SNP maybe see it as a means through which they can claim to support progressive policies. What both are omitting is the fact that the property boom in the south-east of England has a major downside.

I would much rather Scotland built up its own tax base, and brought its energies to bear on building the economic growth that would underpin that.

That downside is now showing in terms of a housing crisis that is dislocating communities in London at a huge human and social cost. Both Labour and the SNP have now commited to a programme of 100,000 “affordable homes” across the UK if they have the opportunity to deliver after the election.

In Scotland, it can be seen that this could make a difference given that we have abolished the Right to Buy. In the rest of the UK, though, the question must be raised about how many of these additional homes will simply be lost to Right to Buy sales and then into the private landlord sector.

In my opinion the SNP shouldn’t be looking at the Mansion Tax as a means of generating tax revenue for Scotland for two reasons. Firstly, because of the social dislocation that is happening due to the rampant property market in London and the fact that we shouldn’t be milking tax returns on the back of that, and secondly, because it makes it more difficult to move towards full fiscal autonomy/responsibility if we are building a tax base based on a geographical area outwith Scotland.

I would much rather Scotland built up its own tax base, and brought its energies to bear on building the economic growth that would underpin that. That should be based on the potential resources that we have in Scotland that can be developed and nurtured and not those in another geography whose own housing policy rests in another legislature.