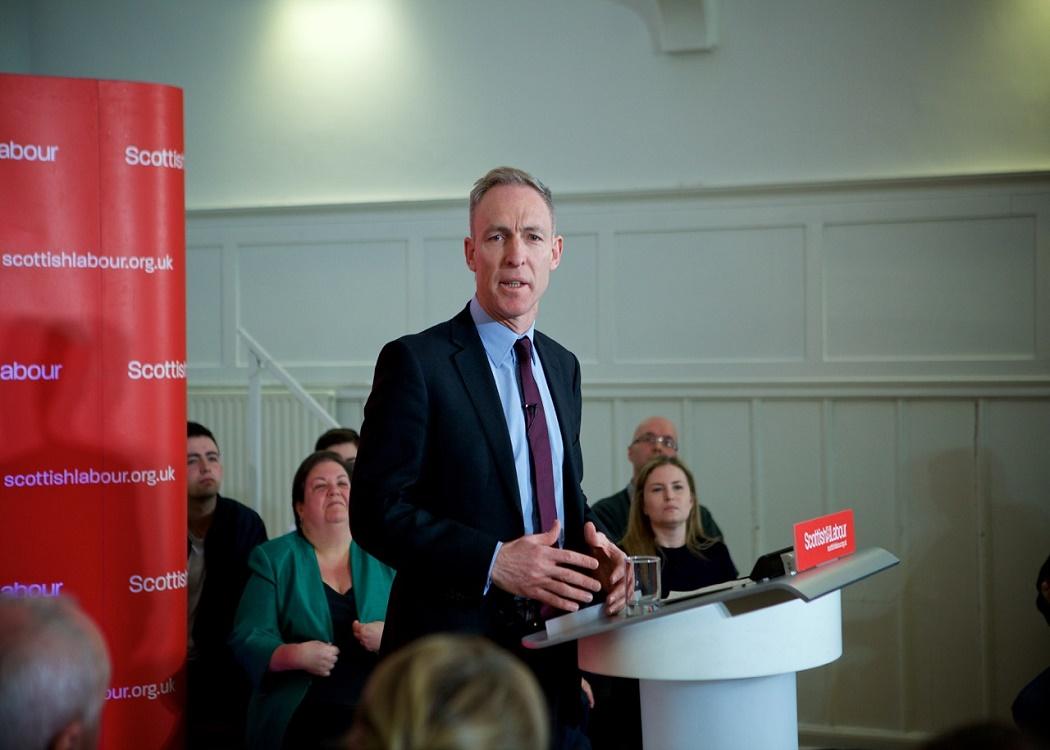 WHILE I do try to keep a mature outlook to my politics, please forgive the fact that I do have an immature side as well. Let’s just say that Jim Murphy is right at the very top of my GIRUY list that I am compiling for Twitter on 8 May, if – and only if – the polls that suggest an SNP landslide turn out to be true.

I’d like to start with a disclaimer to this piece: I don’t really like Jim Murphy. This stems from the referendum campaign. I didn’t actually know that he was in my local town centre on his Irn Bru crates tour that day but when I left my work to go home, there he was, in full flow in front of a crowd of a couple of dozen people. The legendary cry of “pish” may or may not have been issued from said crowd of couple of dozen people at some point prior to my arrival. I know not for definite…

On arrival, I had half a mind to just walk on by. “Don’t get involved Gary,” I said to myself, “you’ll only get into an argument with Jim Murphy and end up looking angry, psychotic and fuzzy on somebody’s Youtube clip…”

I’ve had first-hand experience of Jim’s megaphone rudeness, and it didn’t leave the best impression.

My temptation got the better of me, however, and as Murphy started going on about how Scotland would get chucked out of the EU if it became independent I duly piped up. “Rubbish!” said I. Jim, upon hearing my reproach, actually invited me to elaborate on my opinion, which I did – outlining that there was, indeed, no means by which a territory could be ejected from the EU against its will and giving an overview of a possible route-map to EU membership, possibly involving clause 47 or 48 etc, etc….

Jim’s clicked that I had a reasonable grasp of what I was talking about and proceeded to shout me down using his megaphone. He then engaged another guy whose argument for a Yes vote was basically, “Look I’m dead Scottish me, I’ve got a Scotland tattoo…”

As you can imagine, a shouty argument of dead-Scottish-tattooed guy vs Murphy-with-megaphone then ensued. I’ve had first-hand experience of Jim’s megaphone rudeness, and it didn’t leave the best impression.

The polls are still suggesting an SNP landslide win, and I write this after TNS issued a poll that has the SNP on 52 per cent (+6) and Labour on 24 per cent (-6), and this from a couple of days after Jim Murphy’s shout-fest persona was laid bare for all to see on Sunday Politics show (click here to read more).

To add to Jim’s misery, both Ed Balls and Chuka Umunna have slapped him down in the space of 24 hours over whether or not further cuts will be needed beyond this financial year (click here to read more).

So, the polls are good for the SNP, Murphy is having a mare but it’s too early to be counting any chickens. It is very tempting to start speculating, though. And what better speculation to indulge in than to wonder out loud whether or not Jim can actually retain leadership of the branch office should the predicted near wipe out materialise.

In relation to the scale of Labour’s possible upcoming defeat, it’s worth getting a wee bit of historical perspective. Although we’re used to Scotland being either Tory-free or with minimal numbers of Westminster MPs, that situation took quite a while to actually get to.

In 1979 when Thatcher got elected, Scotland returned 22 Tory MPs. That only reduced to 21 in 1983, followed by a reduction to 10 in 1987. In 1992, the number actually rose to 11, before 1997’s wipe out. It therefore took 18 years and four elections to wipe out the Tories in Scotland. And yet we could be looking at a situation whereby Labour go from 41 MPs to single figures and possibly even less than five in a single election.

The UK General Election results obviously don’t tell the whole story, given growing support in the Scottish Parliament for the SNP. Even taking this into account however, it could be a generational, epoch-changing election. It’s also worth remembering, Labour aren’t some deeply unpopular Government, they’ve been in opposition for five years at Westminster against a deeply unpopular Tory/Lib Dem coalition.

If they can’t hold onto their vote in the face of that then it suggests a deeply ingrained problem.

Given all of this, can the Labour Party really stick with Jim as their leader for the Scottish elections in 2016? Surely it would be suicidal? If not, then who on earth would they choose? Given that it has to be a current parliamentarian, would it come from their soon to be depleted Westminster rump?

If not, then from their Holyrood contingent? With the best will in the world to Neil Findlay, if that is the calibre of potential leader that stepped up to the plate then Nicola Stugreon isn’t exactly going to be quaking in her boots.

As for Kezia, her own Dad probably wouldn’t even vote for her…

It took 18 years and four elections to wipe out the Tories in Scotland, and yet we could be looking at a situation whereby Labour go from 41 MPs to single figures in a single election.

If the scale of Labour’s defeat does turn out to match what the polls are suggesting then leadership will probably be the least of their worries. As has been outlined elsewhere it would be a financial catastrophe, they haven’t admitted what their membership is at the moment never mind what it would be post catastrophe. They will lose staff, motivation and support.

And, embarrassingly, they’ll have to trot out the old, “the people of Scotland have spoken and we will listen to them and learn…” line again.

The thing is, the people of Scotland have got fed up trying to tell the Labour Party where they were going wrong and stopped listening to it at some point in the run up to September 18 2014.