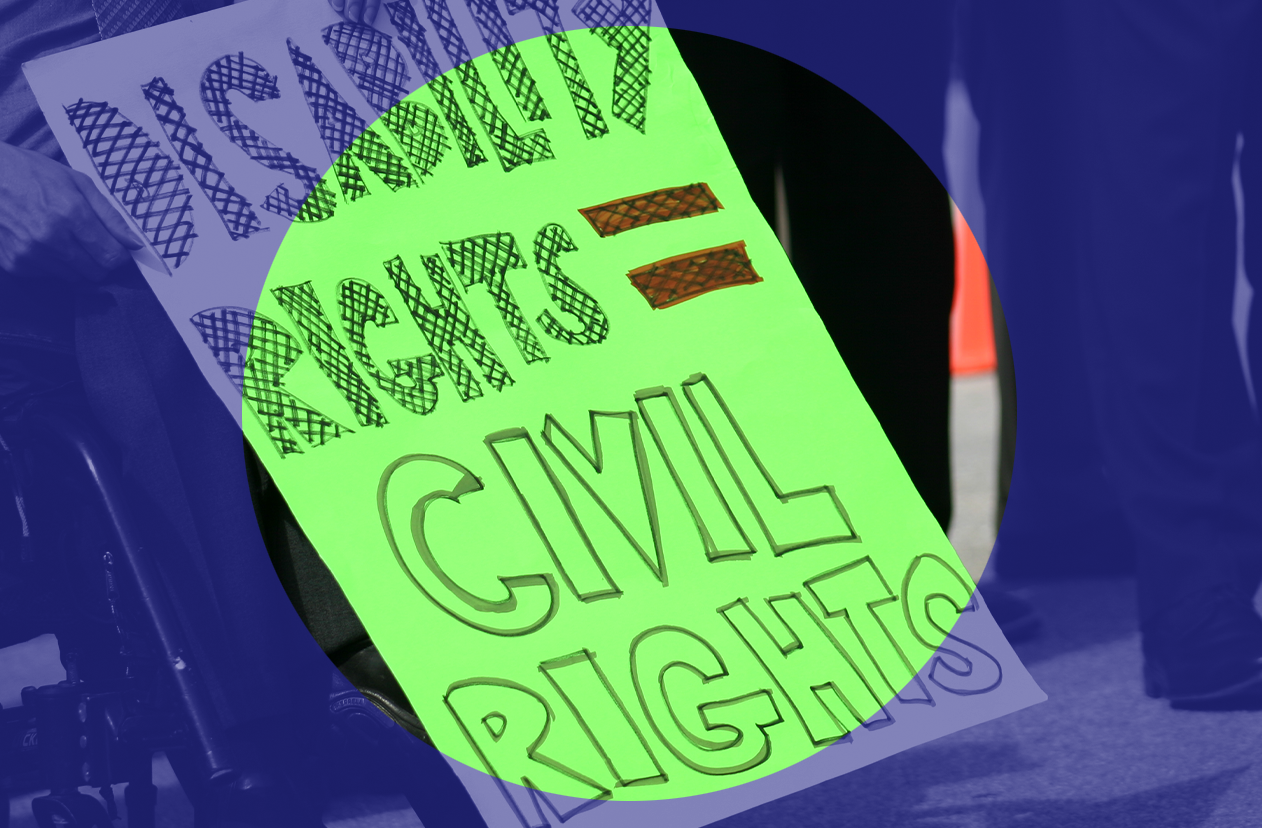 “if asked to describe a disabled person, will still think of disability in terms of someone who is visibly different for them, their friends or peer group… However, these are only the tip of a very large iceberg, and are in no way representative of the larger disability community.”

ON International Day of Disabled People, many of us will be thinking of ways to raise awareness of the attitudinal, economic, political, and social barriers we need to address to participate in society.

That said, many of my fellow citizens – whether they identify as Scottish, British, European, or Global – will be aware to some extent at least of those barriers based on stereotypical prejudices and assumptions which have profound implications on the public perception of disabled people.

This perception can be seen in many ways, from how people would describe disability to more challenging questions on sexuality or gender identity. For example: many people, if asked to describe a disabled person, will still think of disability in terms of someone who is visibly different for them, their friends or peer group. Examples they might give could include a wheelchair user, a blind person, or someone with a visible learning difficulty. However, these are only the tip of a very large iceberg, and are in no way representative of the larger disability community – which, believe it or not, is predominantly comprised of people like myself who have hidden or unseen medical conditions.

When it comes to more intimate issues, it is fair to say that many people with little or no knowledge of what they see as disability will view disabled people – consciously or not – as either asexual or straight, as it fits in with how they believe society sees this particular demographic.However, just as in the non-disabled community, disabled people come in all shapes and sizes with every bit as wide a range of sexualities and gender identies.

I myself am both a disabled person who has and has always had both epilepsy and a balance condition, and a transwoman who will be celebrating my 60th birthday next summer. This has created a number of barriers throughout my life; these barriers have differed, with circumstance playing a significant part, though they have been mostly attitudinal.

For example, even though I’ve known from a young age about my trans identity, it tended to be dismissed by family; growing up in the 1970’s, it wasn’t something you bring up at school and especially with your male friends. You have to remember that even to be gay was still illegal in Scotland until 1981, so declaring you believed yourself to be female in those dark days would have been a risk too far – especially for someone with a so-called disability or two.Though my mother knew about my ‘issue ‘ as she called it, she chose to deal with it her way which was really to pretend it didn’t exist and delude herself it wasn’t happening (though quite how she could deny reality after zipping me in to as many dresses as she did, I will never ever know.)

If my family had issues around my dual challenges I think part of that could be explained by the fact that Scotland and in the UK in general were even more socially conservative than we are now. Of course it can also be said, such was the village mentality that shaped them, that they bought into the stereotypes and assumptions around disabled people and especially the misguided assumption of asexuality being dominant amongst us, when the truth of the matter was somewhat different. I think it also suited people in the 70’s and 80’s – and indeed, still suits some people even now – to believe that sex was something for ‘normal’ society, and was considered something that those with what others would call ‘disabilities’ simply didn’t do.

Now, I’m as certain as I can be that the fact I am not only interested in the pleasures of the flesh but express myself in a female identity will leave some people feeling uneasy and others decidedly queasy. That, as far as I’m concerned, is their problem to deal with and not mine to solve. I’ve always been honest about my two identities and have the right to claim them both. My message to them is if you can’t take me as you find me, then you won’t be taking me anywhere.

It’s ironic that I am accepted everywhere, from the football and political communities to my local church, from the spoken word community to the traditional music scene, with very few problems in the way of negative attitudes. Yet it is the three places where you would have expected me to get perhaps the greatest levels of support – family and the disability and LGBT communities – where I’ve faced the greatest challenges in simply being myself. So to anyone who believes it’s hard being a disabled person or a transperson, imagine being both and having to walk between two worlds. Now that’s what I call a delicate balancing act.

Picture courtesy of The Leadership Conference on Legal and Human Rights