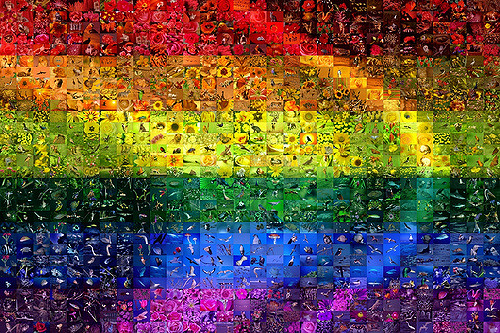 FOR the majority of people who aren't celebrating a birthday or anniversary, 20 November will be just another day. There is, however, one group of people for whom this date has a special significance, though many of their family, friends, and neighbours may not even be aware of this or of the reasons why.

Indeed, there may be people reading this post who have no idea that 20 November is World Transgender Remembrance Day.

Yes that's right, I did say World Transgender Remembrance Day. This is the day when the trans community commemorate the lives of those trans people who have been murdered or driven to take their own lives simply because they are trans – by which I mean they identify to some extent as a member of the opposite gender to that assigned to them at birth.

There may be people reading this post who have no idea that 20 November is World Transgender Remembrance Day.

No doubt the idea that some people can be killed for wanting to be themselves will strike you as horrific, but believe me it can and does happen, though I am lucky to be living in one of the most accepting countries in the world for trans inclusion and that applies no matter if your country of identification is Scotland or the UK.

As you may have noticed in the last paragraph, I used 'I' to inform you that I myself am a member of the trans community and live permanently as a woman, finally taking the step in December 2008. Since then, my quality of life has improved beyond measure. This is despite being told that I would lose all my friends and no-one would want to know me.

This is just one of the barriers trans people face before even starting our journeys. We are often told it's a phase, and in more extreme cases we are told to seek medical help to cure us from what some of the most culturally enlightened see as our shame.

Let us be under no illusions here, if this of hatred was shown to other groups such as the minority ethnic population or disabled people we would be calling the perpetrators out as prejudiced, narrow-minded bigots, so it is time to call transphobia out for what it is: discrimination based on prejudice, pure and simple.

I myself am a member of the trans community and live permanently as a woman, finally taking the step in December 2008. Since then, my quality of life has improved beyond measure.

Those people who dislike the trans community, and believe me they do exist, see the exclusion of trans people as their weapon of choice and are not afraid to use it.

So what is it about the trans community which makes some people afraid of us? Personally I think it is fear of the unknown. You see, most people like those who they consider to be similar to them and since most people believe they haven't met a trans person, even though they may have done, it makes them perceive us to be different.

It is the perception of difference and the natural desire to fit in to what is viewed as normal society which makes a significant number of trans people, particularly trans women, delay our transition until our mid 30s or later.

I myself didn't begin to transition to living full time as a woman until the age of 47, so was concerned was I as to what other people might think. For anyone wondering why I left it so late, I should perhaps add that my transition had been at least 10 to 15 years in the planning before I took the decision to seize the day and enjoy the life I always believed I should have.

We are often told it's a phase, and in more extreme cases we are told to seek medical help to cure us from what some of the most culturally enlightened see as our shame.

As for being feared for being different, I think this is an inevitable, if challenging, part of taking the decision to transition. Those difficult days are but a distant memory for me and I can now walk the streets of my city and my country without too much fear.

I say 'too much' fear because the public spaces of our world will always be more dangerous for women than they are for men due to inherited patriarchal structures both locally and globally. Yet even in spite of that I still prefer being a woman to the male I was brought up to be. It just seems more normal to me.

You see, I was the secret girl who liked Barbie but got action man. Though believe me, I'm still trying to find my real life action man. I felt awkward in the company of boys because I didn't know how to socialise with them.

I had Donny Osmond, posters all over my bedroom wall and copies of Jackie stashed under my bed. That's who I was, and it's still who I am because the more things change the more they stay the same.

It is the perception of difference and the natural desire to fit in to what is viewed as normal society which makes a significant number of trans people delay our transition until our mid 30s or later.

So maybe, just maybe, we are not as different as they thought we were.

As for me, I still love Donny Osmond I still like mince and tatties. I'm still a Celtic fan (yes, women can and do like football), and I still write and perform poetry.

So I'm pretty much still the same girl I've always been. The only difference is, now I can be honest about it.

For most of you reading this, my being transgender will not be an issue and it will be something that doesn't concern you, but at this time of remembrance, I ask you to remember others like me who never got the chance to be themselves.

Picture courtesy of Gilberto A. Viciedo