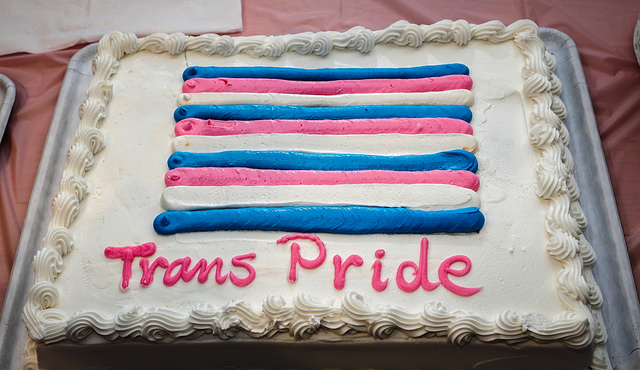 Gayle Smith, writer and spoken word poet, writes for international trans remembrance day about her experience of coming out as trans, and how trans people have to write their own history

BEING both a blogger and a spoken word poet I think it’s safe to say if there is one thing I’m passionate about it’s writing. I can’t remember a time in my life when I haven’t written, even though there were a few times that it was only thoughts in diaries.

But what, you may say has this got to do with International Transgender Remembrance Day ? This is a question I intend to answer as I explain why I believe we should establish an informal network of local and eventually national archieves of writings and other materials from the trans community and why it could be a very valuable resource.

As someone who has always known I was trans even if I kept very closetted during the earlier part of my life for fear of what would now be called a hate crime, my writing was definitely my escape route from the so-called conventional normality of growing up in the 1970’s and my early adult years of the 80’s. Well let’s be honest the Conservative Government of the day were no friends of the LGBT community as they proved with the introduction of Clause 28 of the Local Government Act which banned what they referred to as the promotion of homosexuality in schools.

READ MORE: ‘By trans people, for trans people’: Scotland to celebrate its first ever Trans Pride

At the time of Clause 28, to come out as trans in my neighborhood and particularly in my family would have been the equivalent of social suicide such was the climate of the times. It was in the notebooks I kept hidden that my poetry and general musings on things began to take shape as I gradually began to evolve into the confident transwoman who is writing this article though it would be a decade or before I would be out as a poet and even further in the future before I would be out as my true self and confident enough to express my gender identity.

It is for those very reasons I am so passionate about writing and believe that every trans person should write  their stories as I have written and will continue to write about mine. I make this point as unlike our lesbian and gay friends in the LGBT community ours is an unwritten story and we have a duty to tell it. The duty I speak of is partly to ourselves and those who’ve gone before us, but it is even more important we tell it for those who follow in our footsteps.

It is for generations yet unborn we should be writing our poems, stories, and songs. For many of us that process will be a creative one which will involve some form of artistic expression, whilst others will be writing their memories in diaries and journals and may be a more cathartic experience. No matter what road we take I believe we need to do it to document our lives as by doing so we can raise awareness of our journeys and what being trans was like at particular times in our country’s history.

READ MORE – Gayle Smith: The media needs to understand the consequences of its words for trans people

From a personal perspective I believe this would be important locally, nationally, and globally, as having a written history which is written by ourselves rather than written for us by others could empower trans communities in other countries to do the same. This may be particularly beneficial to  trans sisters and brothers in countries where fear and suspicion of trans people have resulted in the murders of members of our community which led to the establishment of this day. In countries such as Argentina, Brazil, Colombia, Italy, Mexico, and indeed the United States among others trans people and especially though not exclusively trans women have lost their lives simply for being who they are. This is unacceptable and part of the reason it happens is that at times when people are looking for scapegoats, they see trans woman as easy targets because of our physical visibility and what they perceive as our political invisibility.

This is something that a history written by our own community could go a long way to solving. It could give us a voice that previous generations of trans people have lacked. Never has that voice been more needed than it is now as right wing governments in Bermuda, Brazil and The United States Of America have or are threatening to roll back rights which would have a direct effect on the ability of trans people to live our lives with dignity. I have no doubt whatsoever that, given the chance in a post Brexit United Kingdom, Daily Mail readers would happily do the same here.

READ MORE – More than a piece of policy: Scotland’s trans youth say it’s time to see the humans behind the headlines

Make no mistake Trans hate crimes are on the rise in the UK and negative stereotypes perpetrated in the right wing press are a significant factor in this, as can be illustrated by the hysterical reaction to the ITV Drama Butterfly in which 12 year old Max expressed a desire to change sex and be known as Maxine. Whilst the programme received critical acclaim some right wingers were screaming that the trans lobby, as they call trans people, were corrupting children and needed to be put back in our box. This is an attitude I not only find unacceptable, I find it repugnant and believe me it will only happen over my dead body.

At the beginning of the year, probably for the attitudes I’ve shown in the last paragraph, I was told by a younger trans woman with whom I have a very close bond that I was a trailblazer for trans rights. Though flattered to receive this accolade I don’t see myself in this way, but If my poems and my blog posts have empowered anyone to be themselves then think how many more people could be empowered or in the case of the relatives or friends of a trans person, supported by local or national archieves.

In a personal capacity I believe I am a better poet since beginning my transition than I could ever have been had I not taken the step. The reason for this is a very simple one, which is I can finally be who I am and I don’t need to hide anything anymore. And on this day, as I urge all trans people to get writing, that at least is something to celebrate.