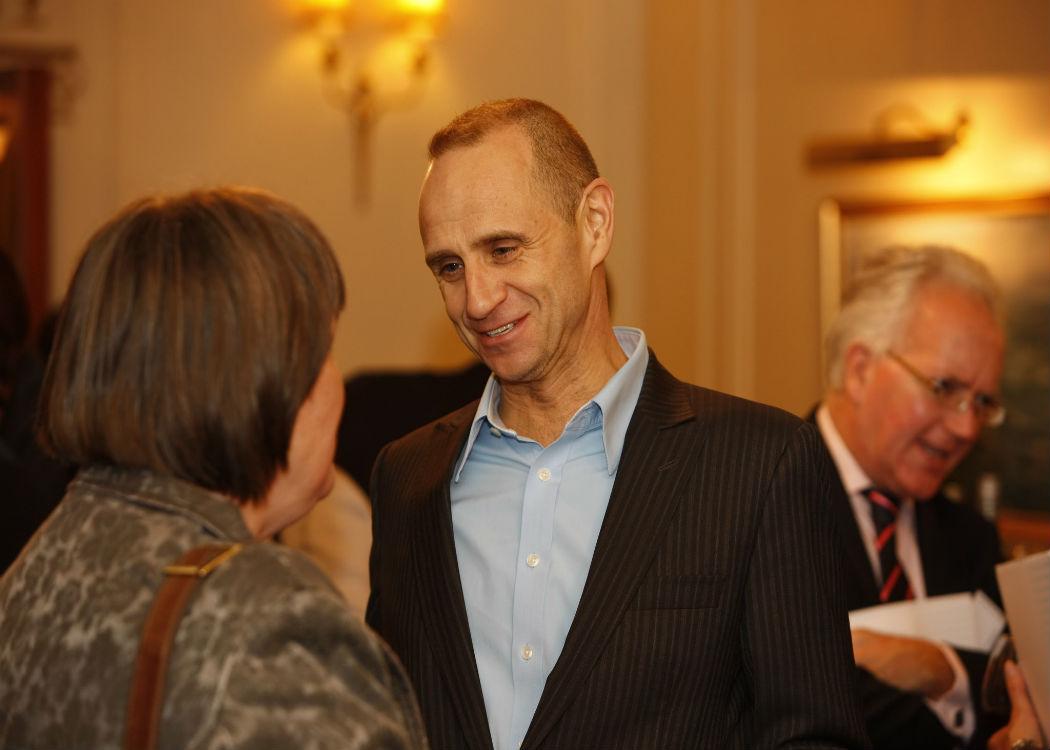 EVERYTHING’S gone a bit stale on the General Election trail: BBC Newsnight presenter Evan Davis had so little new to ask SNP leader Nicola Sturgeon that he resorted to asking who she would prefer to win in a football match, England or Germany. Is that what the campaign has come to, Evan, the old England v Germany line?

In more bad news for Scottish Labour leader Jim Murphy, Monday’s TNS poll put the SNP on course for 57 out of 59 Scottish seats. Internal noises inside Camp Murphy suggest that the party is scaling down its operation to target 12-15 seats, and is desperately seeking tactical Tory and Lib Dem voters who don’t like the SNP. Desperate times require desperate measures.

Jim Murphy’s out and about with the shadow energy secretary

You can’t put a good dog down, and Murphy won’t be giving up until he’s convinced the last Tory to switch to Labour. Today he’s out and about in Glasgow with Caroline Flint, shadow energy secretary, telling voters that while Labour will cut energy prices the SNP will… wait for it… be campaigning for a second referendum! Which is an interesting approach to energy policy, but there you go.

He’ll say: “The stark reality of Scotland 2015 is that some of our poorest families are choosing between heating and eating. That’s the result of five years of Tories austerity and eight years of an SNP government in Edinburgh pre-occupied with the constitution.”

Murphy might consider scampering back to East Renfrewshire to focus on saving his own seat, which looks increasingly imperilled.

Politicians’ eyes will be fixed today on the new growth figures for the UK over the last quarter, which is expected to have slowed down from the measly 0.6 per cent in the fourth quarter of last year. However low the growth figures are, don’t forget that George Osborne told you that Britain’s booming, so believe it, or else.

The figures come at 9.30am, so expect a burst of bickering on your TV screens over whether Tory austerity is stemming the recovery or Labour’s plans put at risk the recovery. How exciting!

What else is happening?

Ruth Davidson is at a bingo hall in Edinburgh, telling pensioners that the Tories have put a “triple lock” on the state pension. Original.

Nicola Sturgeon is in South Queensferry, and will say that the SNP is the only party with a “positive vision for Scotland”. Is anyone going to say something new?

Not Jim Hume of the Scottish Liberal Democrats, who will say the SNP have “taken their eye off the ball” on the Scottish NHS. I’ve heard Scottish Lib Dem leader Willie Rennie say that so much that every time I hear the phrase it is in his voice.

There may be one saving grace for what appears to be a deadly dull day in election campaign: Ed Miliband was at Russell Brand’s house on Monday night shooting an episode of ‘Trews’, Brand’s online politics show. Come on Russell, get it uploaded, we need something funny to happen today!