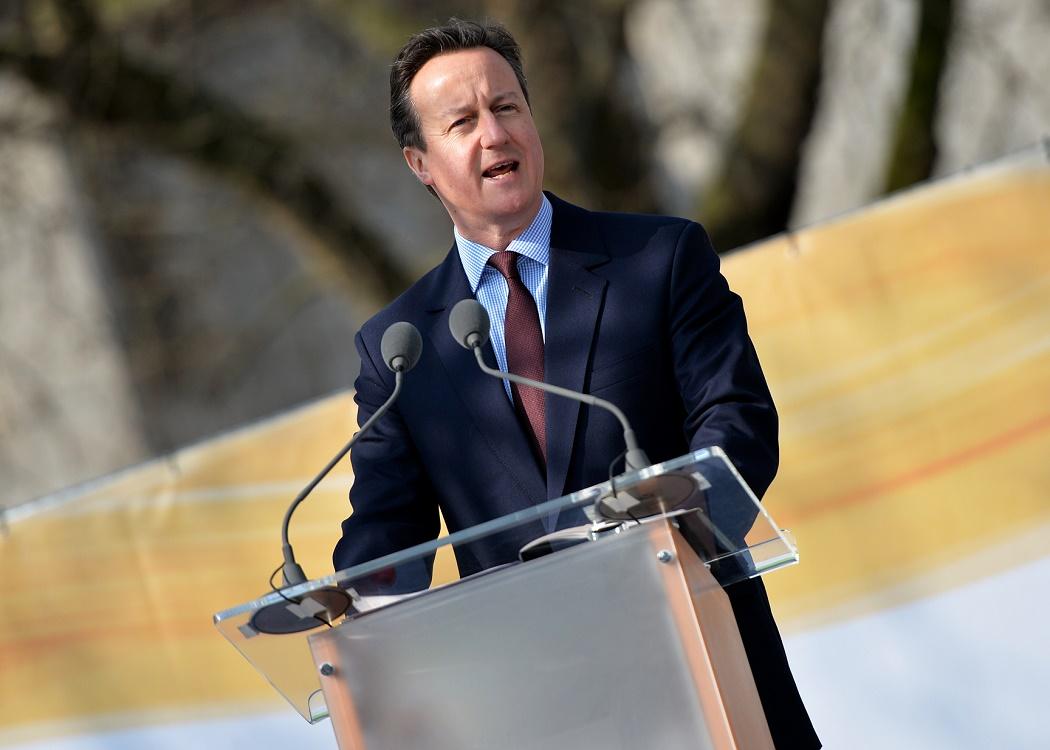 DAVID CAMERON has made his way north of the border today to launch the Scottish Conservatives manifesto and pretend to believe the party can win lots of seats in Scotland, while the ‘challengers’ prepare for a royal rumble on the BBC tonight.

What could a Scottish Tory manifesto possibly say that the UK one didn’t? We don’t actually know (we suspect some apparatchik has just added the words ‘Scotland’ and ‘Scottish’ in), but what we do know is Cameron will say that Labour and the SNP aren’t really so different.

Cameron will say: “We meet here in Scotland in the middle of a massive political fight. We’ve got Labour and the SNP on opposite sides – slugging it out – but if you take a step back they’re really on the same side.

“Together, they pose a clear threat to the future of our United Kingdom. A coalition of chaos. The SNP acting as the chain to Labour’s wrecking ball, running right through our economic recovery – and it will be you who pays the price.”

Presumably Cameron’s thought is this – every seat where the Tories win more votes will likely divide the union vote, and let the SNP win, thus strengthening his chances of becoming prime minister, while undermining the union he wants to defend in the process. Got that? Right, let’s move on then.

Scottish Government Finance Minister John Swinney will be campaigning in Leith, Edinburgh, promoting the SNP’s “fair work” stance which, naturally, requires a “strong team of SNP MPs” to ever see the light of day.

He’ll say: “Hard working people have been paying the price for Westminster’s failures for too long. A strong team of SNP MPs will ensure we take a new, fairer, more progressive direction – not just creating jobs but ensuring that the principles of fair work are firmly on the agenda at Westminster for the first time in generations.”

Elsewhere, Murphy will be at a Scottish Gas training academy and won’t say a thing about energy prices – instead he’ll talk about how young people will benefit from a Labour Government, while smarting over the fact that Nicola Sturgeon will get another bite of the cherry in the TV debate tonight while he watches from the sofa, putting out the odd sarcastic and patronising tweet, like: “Say it Nicola, go on: Full. Fiscal. Autonomy. You can do it.”

Scottish Lib-Dem leader Willie Rennie will join Danny Alexander in Inverness to say the SNP is too focused on the central belt. Well, if you are in Inverness you would say that, wouldn’t you? One pollster gives Alexander a two per cent chance of holding on to his seat. The electorate aren’t listening, Willie, go home and rehearse more lines on full fiscal autonomy.