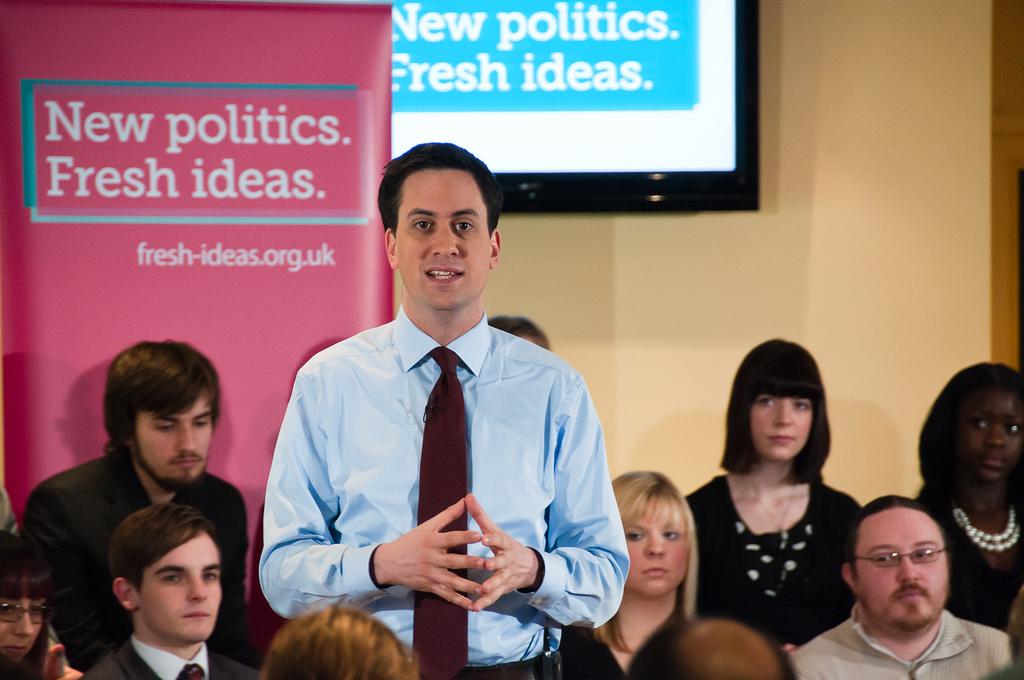 AT the beginning of week two of General Election campaigning, Labour leader Ed Miliband has seized the headlines with the launch of the party’s manifesto – but it won’t necessarily make Scottish leader Jim Murphy happy.

The Labour manifesto is an attempt to show how mature and grown-up the party is: unlike the Tories with all of Osborne’s uncosted policies that will never happen, everything in Labour’s plan is costed and it will not require a penny more borrowing to do any of it, the party says.

Miliband is calling it his “budget responsibility lock”, which sounds like something between a wrestling move and a drawer that your dad used to keep your pocket money in.

“Its very first page sets out a vow to protect our nation’s finances; a clear commitment that every policy in this manifesto is paid for without a single penny of extra borrowing,” Miliband said.

It might be best not to talk about “vows” after the last one, but more concerning to Jim Murphy will be that Ed Balls, shadow chancellor, went on to confirm that as part of the lock-down on spending Scotland’s budget will be getting cut. And there’s no way Murphy will be able to say otherwise – because it’s in the “budget responsibility lock”.

So it’s fine and well for everything to be costed, but if it is costed cuts that voters don’t like then it might not get voters north of the border feeling a small piece of Murphy in their hearts.

Scottish leaders out and about

Scottish leaders are popping up all over Scotland today in a vain attempt to find that perfect photo opportunity.

Jim Murphy is at a factory in Glenrothes, where presumably he’ll be trying to look really interested in how to operate a machine making soap. He might even put on some of those safety goggles and a yellow high-res vest, if you’re lucky.

John Swinney, finance minister, will join Nicola Sturgeon in Braehead to talk about how the SNP will support businesses. Rumour has it they will also get a chance to go to Braehead Shopping Centre and head straight for the games; play each other at that fun air hockey game, have a go at picking up the soft toy with the plastic claw, catch a film, and get Swinney some new sandals for his summer holidays.

Ruth Davidson will be launching a new campaign stall in Edinburgh – for most political activists setting up a wee wooden stall from B&Q and putting some leaflets and posters on it is no big deal, but for the Scottish Tories it is so unbelievably grassroots and down-to-earth it’s worthy of a photoshoot.

Finally, Patrick Harvie, Scottish Greens co-convenor, is doing something which is kind of radical – he’s at Faslane nuclear base blockading it with other anti-nukes campaigners. He might even be arrested – I bet Ruth has never been arrested.