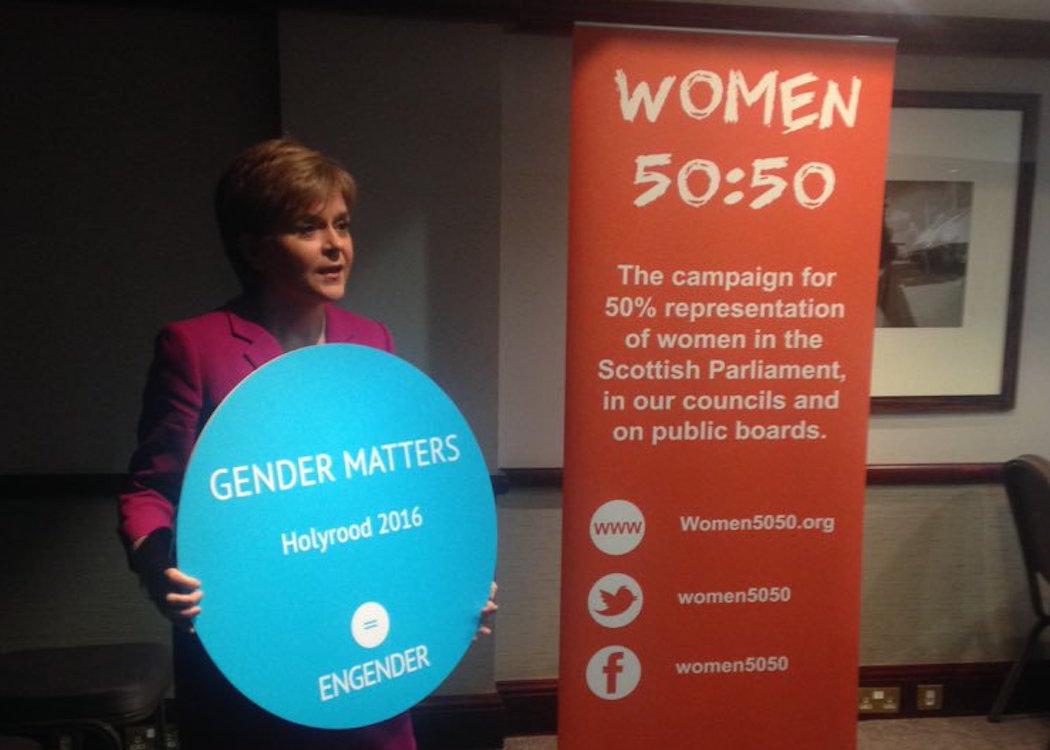 RENEWED calls for gender quotas have been made in a new report which points out that only two Scottish parties are standing an equal number of men and women – Scottish Labour and Rise.

A report calling by Engender, a feminist organisation, has noted that only Scottish Labour have 50 per cent or more constituency candidates.

The report outlines the fall in women’s representation in Holyrood since the parliament was established in 1999 – a drop from 37 per cent to 26 per cent – and calls on all political parties to implement strong gender-balancing measures in their selection processes.

The Scottish Liberal Democrats look set to return only men to Holyrood in May.

Engender, along with campaign group Women 5050, is also calling on the Scottish Government to push for the devolution of equalities law in order to implement gender quotas on public boards.

Emma Ritch, Executive Director of Engender said: “Women make up 52% of the Scottish population, and should be equally represented in our democratic bodies. Lessons from elected bodies around the world show that, without legal quotas, even in countries which are hailed as equality-champions women’s representation settles at around 35-40%.”

The Scottish Conservatives, meanwhile, rank lowest, with 14 per cent and 15 per cent list and constituency female candidates respectively.

The Scottish Liberal Democrats look set to return only men to Holyrood in May, after Alison McInnes lost her place at the top of her regional list. All of the Liberal Democrat MPs in Westminster are men.

Eighty six nations have put in place gender quotas for government roles in the last 25 years, with women’s representation in political jobs rising slowly. 78 per cent of parliamentary seats worldwide, however, are currently held by men.

“Women make up 52% of the Scottish population, and should be equally represented in our democratic bodies.” Emma Ritch, Engender

The introduction of gender quotas into candidate lists and public boards has caused controversy, with some arguing that the system could undermine meritocracy .

In the report Engender refutes this argument as “a superficial defence of the unequal status quo, where women do not have the same opportunities to access politics and public life as men do.”