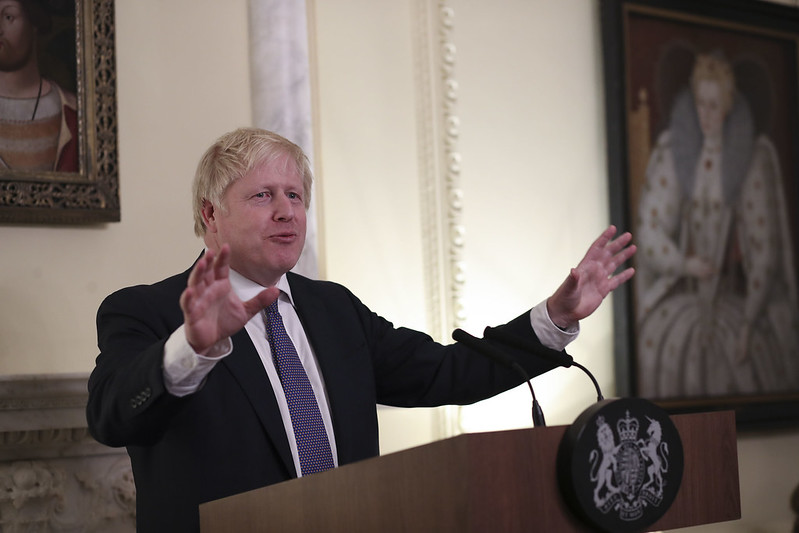 Discerning the lessons of yesterday’s vote will be difficult; learning from them will be even harder

THOSE WHO will suffer in the years to come – whose pain and deaths will eventually be counted as the true fruit of Boris Johnson’s premiership – will have little use for political analysis. As the morning dawned and appeared even darker than the night which preceded it, those of us attempting to make sense of the General Election result should remind ourselves of this.

Already, there is no shortage of commentary from those ready and eager to elucidate why Labour’s crushing defeat can be explained by factors which, by complete coincidence, compliment perfectly their own preconceived notions. In all honesty, what follows will be little different. Yet it bears repeating: our appraisals and dissections may help focus minds and find patterns in chaos… But those who will pay the price for continued and emboldened Tory government need and deserve more than that. If political analysis ever saved a life, I’ve never seen it.

Numerous explanations have already been posited for the result which has devastated all those who invested their hopes and efforts in the leadership of Jeremy Corbyn. Some of them are not without merit, though the certainty with which they have often been delivered is largely undeserved. Brexit – now inescapable, and now resolutely of the Tory variety – generally ranks chief among them.

According to many, if Corbyn had only opposed or endorsed Brexit more clearly and without qualification, things might have been different. Hypotheticals are as reliable as myth, but it’s fair to say that voters generally look to political parties for coherence – which, on Brexit, Labour finally arrived at, having exhausted all other options – but not neutrality.

However, with or without the bittersweet benefit of hindsight, it’s also true that Corbyn led a party divided on EU membership. Had he acceded to the wishes of either Labour Remainers or advocates of a left-wing Brexit, how much of the party might he have lost to please the other half? The impossibility of such a balancing act is one of several reasons why it’s worth asking whether the curious, chimerical beast of Labour party, as a vehicle for political action, is as much or more responsible for Corbyn’s troubles as Corbyn himself.

For those to the right of Corbyn – his most vociferous critics and, it should be remembered, the bulk of his MPs – the question of repositioning Labour once his resignation is official will be paramount amongst their priorities. At the risk of stating the obvious, those who hold it as an article of faith that centrism would have triumphed where Corbynism failed should check in with how Jo Swinson is doing.

READ MORE: Sean Bell: Labour has made a rod for its own back over the SNP and independence

Secondly, whoever becomes Corbyn’s successor will have to deal with the Labour party’s membership as it became under Corbyn, and what that relationship will entail depends heavily on how a generation of Corbynites respond to this result – something no one at this stage can predict.

If they remain committed to the party, there is no certainty that the Labour Left will return to being a marginal force to be ignored (as under John Smith) or performatively crushed (as under Tony Blair). If a notably anti-Corbynite leader takes the reins of the party, they may find themselves at odds with a vast and distrustful swathe of the Labour rank-and-file, which does not bode well for the party’s immediate future.

There are many who would have preferred that those inspired by Corbyn had dreamt a little smaller, or in less radical directions (your mileage – and your definition of ‘radicalism’ – may vary). It will be interesting – and perhaps crucial to the future of the English Left – to see if the opposite might occur. These were people who could imagine a Britain transformed, but could not conceive of a Left outside of the Labour party. In the uncertain years to come, they may have no other option.

In Scotland, the SNP’s major gains have, according to Nicola Sturgeon, renewed an extant mandate for a second independence referendum, and on the face of it this is inarguable. A mandate is a lovely thing to have; perhaps Sturgeon can put it on her mantlepiece.

The Conservatives have always had, to put it politely, an interesting relationship with the concept of an electoral mandate, as well as an intimately familiar one with hypocrisy. When you read – and you will – that actually, the majority of Scotland voted for unionist parties, bear in mind those Tory governments of the none-too-distant past that took it as their right to rule based on a percentage of the vote many leagues away from a majority. An overwhelming SNP victory has been yielded by Britain’s archaic First Past the Post System; unless opponents of independence wish to change that system, honesty demands they accept it, and what follows. However, if there’s one thing the 2019 election campaign proved, it’s that the Tories are not on speaking terms with honesty.

According to Jackson Carlaw, the Union was on the ballot yesterday. Some would argue it always is, but if Mr Carlaw was correct – stranger things, etc – what conclusion can be drawn? There are only so many times you can argue people have voted SNP for reasons that have absolutely nothing to do with independence or securing a referendum on the issue, before desperation and dishonesty become impossible to ignore.

There will doubtless be some within the SNP who will take Labour’s loss not just as an endorsement of a second referendum, but as a warning against the dangers of unchecked radicalism within a major party, as well as a stamp of approval for the SNP’s dominant moderate inclinations. If so, they will have to pursue that unpromising logic, and explain to their grassroots how an impeccably bourgeois, ostentatiously cautious party wedded to legality and legitimacy will confront a UK Government that cares little for either, and uses “No” more often than the average Blue Meanie. The SNP’s disinclination to seriously consider a ‘Plan B’ for indyref2 will not pay dividends when confronted by a prime minister who delights in frustrating both the Scottish Government and the defiantly anti-Tory nation it represents.

Just as the English Left may belatedly discover that Labour is now – and perhaps always was – a doomed vessel in which to invest its hopes for transformative change, and that it must pursue less conventional approaches as the Johnson Years roll on, the SNP will need to confront the unavoidable question: how much worth does a mandate have if it goes unrecognised?

As the Scottish political journalist and legal authority Michael Gray pointed out last night, the legality of a devolved constitutional referendum has never been tested in court. The SNP is reportedly open to pursuing this avenue, but more than a legal justification will be required – the party will need to reckon with extra-parliamentary action of a kind that stretches far beyond its comfort zone.

The first minister has repeatedly, and to the disappointment of some of the independence movement’s wilder fringes, ruled out any possibility of a Catalan-style wildcat vote on independence. Aside from her commitment to legitimacy and the model enshrined by the Edinburgh Agreement, one of the practical reasons for this is that Catalonia’s example is not, in the short or medium term, replicable in Scotland. Unlike Catalonia, we lack a political class and a civic society that spent years carefully preparing to engage in unauthorised democracy as an act of mass-civil disobedience. But the fact remains: the Catalan independence movement is a lot closer to its ultimate goal that we are to ours. In the coming months, advice might be sought, as well as solidarity.

In the meantime, what of Boris Johnson? The prime minister is now universally distrusted but comfortable in the knowledge that lies – intentional and flagrant – can not only go unpunished, but be rewarded. Empowered but unloved, he has no need to exhibit any pretence of restraint while inflicting policies upon his dominion which measure their success in profit and human suffering.

To this may be added the desperation of a prime minister who, despite having seen off his official opposition, remains the leader of a disunited kingdom riven by constitutional crisis without end. Antonio Gramsci said it best: “The old world is dying, and the new world struggles to be born: now is the time of monsters.”

As I said at the outset, analysis is of limited use. If you don’t yet know who or what Boris Johnson is, you will. May we survive the experience.