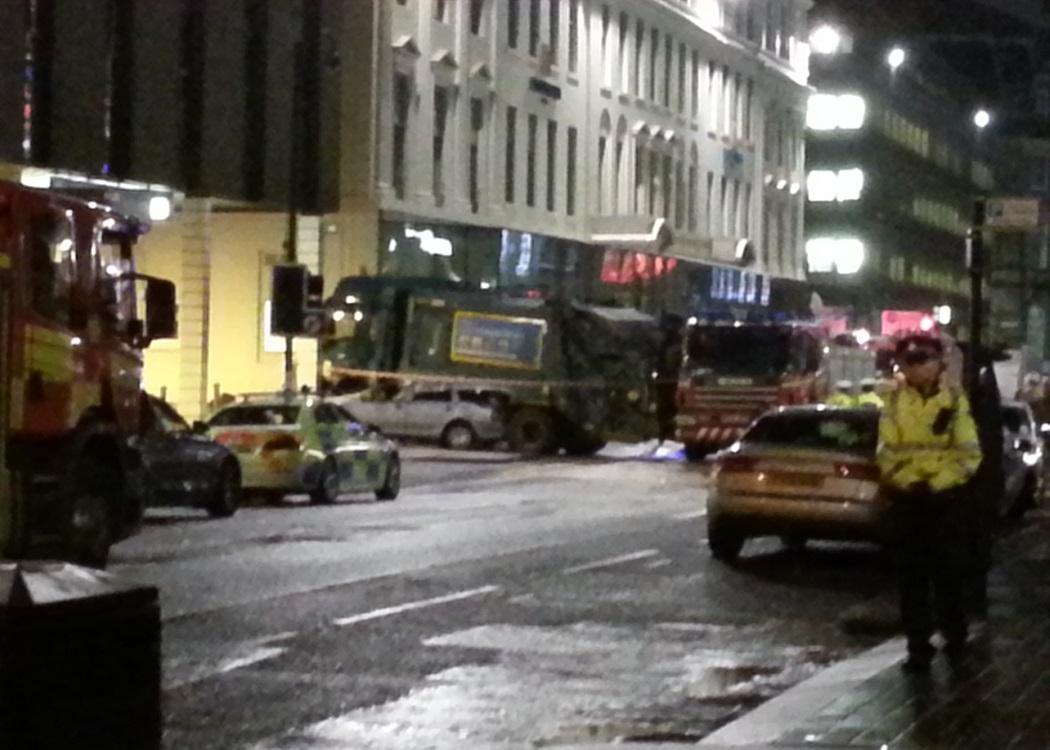 THE investigation into a fatal accident which killed six people in Glasgow in December 2014 has heard testimony that bin lorry driver Harry Clarke had previously experienced a blackout when working as a bus driver with First Bus.

First Bus inspector John Stewart told the inquiry at Glasgow Sheriff Court that he had attended the scene in 2010 after Clarke had lost consciousness “for a couple of minutes”. Clarke, he said, had passed out at the wheel of his bus.

Stewart had been called to the bus by a passenger of the 54 bus and told that the driver had passed out at the wheel. Clarke was still in the driver’s seat at the time, but the bus was empty except for the passenger who alerted Stewart.

An ambulance attended the scene and Clarke was given the all clear but refused to go to hospital.

The inquiry was shown a letter from a First Bus in-house doctor confirming that Clarke had experienced “loss of consciousness”. Stewart was asked if he had known that Clarke had reported passing out earlier the same day in 2010 in a work canteen. He said he did no know.

The inquiry also heard from Henry Toal, one of Clarke’s colleagues who was with him in the bin lorry during the crash.

He recalled that Clarke had slumped over at the wheel of the bin lorry and “didn’t look conscious” as the lorry knocked down pedestrians.

Toal recalled for the court how Matthew Telford, a third colleague in the bin lorry, had tried to rouse Clarke by hitting him on the back and shouting “Harry, you’re killing people”.

The bin lorry accident happened on 22 December 2014 at Glasgow’s George Square when the lorry careered out of control, mounting the pavement and knocking down pedestrians, before coming to a stop at Queen street station.