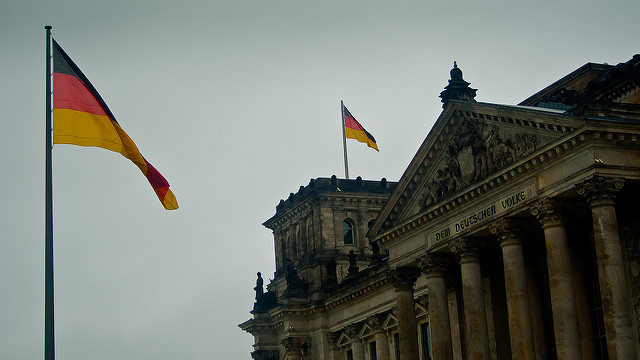 TWO political parties who may form part of a German coalition government after the election next month have given support to an independent Scotland within the EU.

The Free Democratic Party (FDP) and Alliance 90/The Greens (The Greens) have both made clear that they support the Scottish Government’s position on Brexit, as part of their election platform for the upcoming elections for the Bundestag, Germany’s federal legislative body.

“Should they decide to leave the UK, the door to the EU should remain open – as it should to the UK.” Free Democratic Party

Both parties have been billed as potential partners within a coalition government led by either Angela Merkel’s Christian Democratic Union (CDU) or the Social Democratic Party (SDP), which is the CDU’s strongest contender.

Coalition governments are commonplace in Germany due to their electoral system, and the centre-right CDU is in a strong position to be the largest party, but the question of which parties will form a coalition government remains open.

The election manifesto for the Greens, who currently have 63 out of 630 seats in the Bundestag, has said: “We welcome openly and with understanding the wishes of the Scots and Northern Irish, as well as the many people in the UK. who want to remain in the EU. We make clear that our door remains open.”

The FDP, which previously formed a coalition alongside the CDU in Merkel’s second term, lost out on any seats in the 2013 election. However, their polling numbers suggest that it can expect to make a comeback this year, and may have a role to play in forming a coalition.

READ MORE: Exclusive: “It is Independence or nothing” – The German conditions for Scotland in the EU

The FDP has called for the ongoing Brexit talks “to consider the interests of Scotland and Northern Ireland fairly”. Speaking of the possibility of Scottish independence, the party said that “should they decide to leave the UK, the door to the EU should remain open – as it should to the UK”.

Angela Merkel’s CDU has not mentioned Scotland in its party platform, and Brexit has not been a central focus of its electoral campaign. By and large the position of the German government has been to treat Brexit as a matter for the UK.

The Scottish Government continues to push for Scotland to remain within the single market and for powers returning from the EU to be devolved.