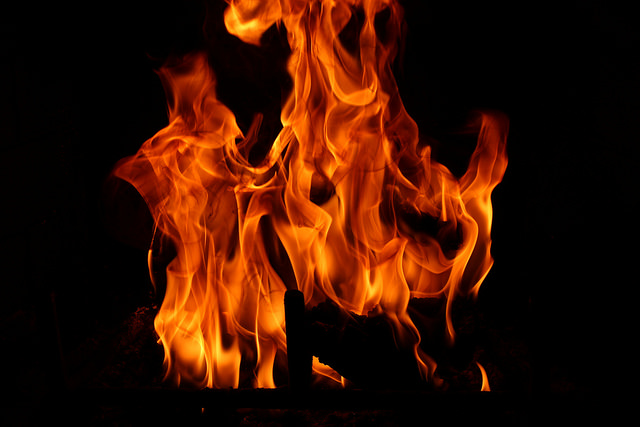 Gerry Hassan, writer and commentator, makes the case for a solidarity fund to be set up in Glasgow to help those in need after the fire at Glasgow School of Art rocked the city

GLASGOW is hurting, sad and confused – if one can talk about a city in a singularity, which of course you can’t in a place filled with the paradoxes and contradictions of being Scotland’s first city.

There is comment everywhere, some of it exceedingly over the top, in the chaos after the Glasgow School of Art fire. We have had comparisons to Grenfell Tower (Channel 4 News), the Manchester IRA attack that decimated its city centre (Paul Sweeney MP), and Warsaw after World War Two (Magnus Linklater in ‘The Times’).

We have an instant pop-up debate narrowly reduced to whether we should rebuild the Mackintosh building as an exact replica of the original, or whether there should be a completely new build. It all seems a little too soon and rushed.

There is a need for a full debate and answers, but for now, and as important, this city and wider Scotland needs to understand the human scale, cost and loss that has happened and give support and assistance to people who need it.

Many families have been made homeless as a result of the fire. People in Sauchiehall Street have now been cut off from their homes unable to go back for three weeks. Businesses have not been able to open or trade properly and individuals have suffered serious loss of employment and income.

READ MORE – Malcolm Fraser: The Mackintosh inferno and the questions it begs

Whole areas of the city have been affected. The residents of several streets in Garnethill have now twice in four years had to deal with the aftermath of fires, road closures and cordon zones and although there has been an impressive degree of resident self-organisation, they could do with additional support.

Some of the stories of people who have been made homeless are heartbreaking. People have been moved from hotel to hotel or left not knowing which way to turn, feeling isolated and confused. People left their homes in the clothes they had and have had to borrow from wider family and friends to survive. There is the welcome support of the City Council funds and rates relief for businesses in the area, but there is a palpable feeling that we could and should do more.

The citizens of the city, all of us, could step up and do something. Glasgow City Council and Glasgow School of Art are both a bit preoccupied at the moment and perhaps better placed to support an initiative coming from elsewhere.

Years ago, ‘The Herald’ or ‘Evening Times’ would have stepped into this void and set up a support fund as an act of their civic responsibility, but these papers are now stripped back compared to what they once were. Maybe a body such as Glasgow Chambers of Commerce or Trades Hall could be involved in some capacity.

Instead of waiting to see who can act or would have in the past, this could be something we the citizens of the city take into our own hands and act upon. We have great pride, stories, resilience, character, humour and much more. Let’s for now emphasise the positive and note the hurting, loss and the numerous lives affected and do something practical and in the here and now.

A Glasgow Solidarity or Friendship Fund would be a statement of the best and noblest traditions of this city – namely, that a Glaswegian in distress or homeless is the concern of all of us. It would acknowledge that we recognise the myriad ways in which people need support, after being forced to leave their home in the middle of the night, or after a sudden loss of income or employment.

All we would need to do is create a fund and a couple of public figures act as trustees and signatures to it. I am more than happy to be one. And with such a public disaster and human need there is a rich well of prominent individuals and Glasgow School of Art alumni that could be drawn upon to contribute and support, from Liz Lochhead to Alasdair Gray, Alison Watt, Douglas Gordon, Dave Shrigley, Pam Hogg, Peter Capaldi and Robbie Coltrane, to name but a few of the most well-known.

Beyond immediate and practical help, such a fund would carry a deeper and equally important message, recognising that people in this city are needing support, the rest of us reaching out, and that this is a community where we value caring, compassion and love, and act upon it.

Glasgow likes to call itself the friendly city. Well, in this moment of need and distress let’s step up to the mark and be the citizens and city we like to think we are.