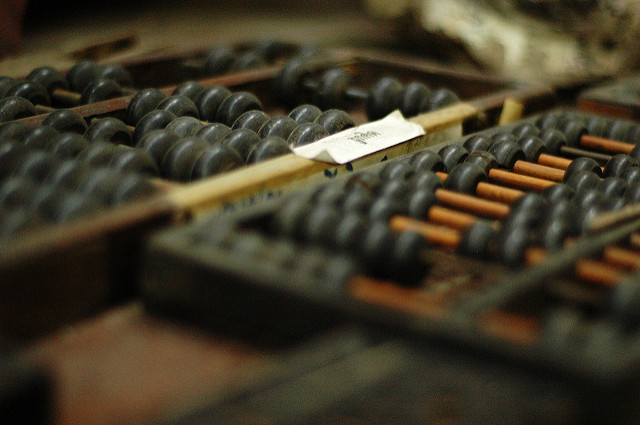 CommonSpace finds out what some key figures are saying about the latest snapshot of the Scottish economy.

THE ANNUAL GERS figures inspire many interpretations and often fierce disagreement. This year seems to be no different.

The Scottish Government and SNP have celebrated Scotland’s notional deficit dropping by £1.3bn, along with the fastest increase in onshore revenues since consistent records began.

Meanwhile, unionist politicians have made familiar arguments that the remaining notional deficit would demand economic austerity from Scotland should it achieve independence.

Several Scottish opposition leaders commented on the difference between today’s figures and the economic estimates relied upon by the SNP during the 2014 independence referendum, particularly with regard to North Sea oil.

Addressing those criticisms earlier today, First Minister Nicola Sturgeon told press: “Nobody, not myself nor any of the opposition parties or you guys (journalists) foresaw the decline in the oil price.

“We saw a change in circumstances, we saw quite a significant shock to the Scottish economy in terms of what happened with oil and that explains the difference between the white paper and the figures we’re looking at today.”

Below, CommonSpace collects opinions on the recent GERS figures from across Scottish politics and public life.

If we want to have a serious discussion about the progress in growing Scotland’s economy and thereby creating the tax revenues to support public services, we need to have an honest debate about how much of the UK’s growth is captured by London and how little is shared among all the other regions combined. Devolution must involve the devolution of prosperity, not just of administration.

On the revenue side the vast majority of estimates are just that i.e. they are extrapolations from UK data that assume Scotland is a mini part of the UK as a whole, and I do not think that a useful basis for assessment. Some changes, e.g. on oil revenues, have taken place, with modest up-ratings in Scottish revenues as a result. Some devolved taxes reflect Scottish source data now: I accept that the latter in an improvement.

But, and I stress the point: what GERS still shows is the improbable likelihood that the Scotland is disproportionately responsible for the UK deficit when it is very clear that many decisions for which Scotland is asked to contribute would not be paid by Scotland as a whole if it had the choice. Trident and much of the defence budget is an obvious example, but there are others on the spending side, where Scottish demography would, for example, suggest that a very different pension system might be appropriate for Scotland when compared to the rest of the UK.

“GERS is, a statistical anomaly prepared without consideration for what really happens in Scotland and as such provides almost no real indication as to what its potential might be.”

As for income, Scotland has very limited control over the income attributed to it and the tax system in operation, which heavily biases towards wealth and which is very large business friendly, may well be one it would not choose. In addition, I would hope a Scottish government would pursue the tax gap much more vigorously than HMRC does anywhere, and not least in Scotland, where it intends to withdraw from all local services above a line between Edinburgh and Glasgow, leaving some in the country many hundreds of miles from a tax office, and its scrutiny.

This leaves all aspects of GERS distorted by a decision making process centred in London which has devolved little real control of much of what happens to Scotland by keeping a tight rein on purse strings and strictly limiting the use of devolved tax powers either by statute or by the way in which powers have been granted. This lack of real interest is reflected in the fact that so little of the critical data in GERS is really collected in Scotland but has to be abstracted from that for the UK as a whole.

GERS is, then, a statistical anomaly prepared without consideration for what really happens in Scotland and as such provides almost no real indication as to what its potential might be, whilst leaving the Scottish government with no reliable data on which to make economic decisions.

Scotland is now moving into a very different fiscal environment, as the post referendum fiscal settlement is implemented. Given this, it would be a great pity if the debate on GERS failed to move on, to reflect the dangers and prospects in this new environment.

In this context, the figures on devolved tax revenues per head in Scotland and rUK shown in T4.4 of the new GERS are potentially very important. The new arrangements for indexing the abatement to the Scottish block grant mean that Scotland is effectively pitched into an economic race with rUK, and will be penalised if devolved tax revenues per head do not grow as fast as in rUK.

“Scotland is now moving into a very different fiscal environment, as the post referendum fiscal settlement is implemented. Given this, it would be a great pity if the debate on GERS failed to move on, to reflect the dangers and prospects in this new environment.”

These are only two years figures: but if this position were to continue, or worsen, it would point to the possibility of significantly greater future austerity in Scotland.

If we’re serious about supporting alternative industries to help generate jobs for the future and revenues for public services, we must act now. Putting a target of zero emissions by 2040 into the new Climate Act would help drive the necessary shift to a clean economy with reliable foundations.

These figures prove once and for all that the SNP sold false hope to the poorest people in Scotland.  The real hope is with a Labour government.

Scotland’s own accounts show that the first year of an independent Scotland would have meant unprecedented levels of austerity.

“Scotland’s own accounts show that the first year of an independent Scotland would have meant unprecedented levels of austerity.”

These cuts would not only have been the largest ever felt by Scottish public services like schools and hospitals, the Nationalists’ plan would have taken a sledgehammer to the welfare state as we know it.

Nicola Sturgeon knew the sums didn’t add up. But she offered false hope, especially to the poorest people in Scotland. Thousands of Scots voted Yes on the basis of a falsehood the SNP knowingly sold them.

The Scottish Government must commit to provide a formal written explanation to show why its taxpayer-funded independence White Paper was so hopelessly wrong on oil revenues.

Tens of thousands of people were given copies of the White Paper. The Scottish Government owes each of them an explanation for the gross error in the forecast.

The SNP relied on the 2014 numbers for their independence campaign.

People need to know why they got it so wrong to make sure the same mistakes can’t happen again.

It is encouraging that our fiscal balance improved by nearly 10 per cent last year. It is important to also recognise that ONS analysis shows that Scotland performs ahead of Wales, Northern Ireland and several English regions, and in line with the UK average outside of London and the south-east.

Meanwhile, evidence also points to signs that confidence is increasing among North Sea operators, with the sector set to remain an important part of Scotland’s economy for years to come.

An extreme Brexit outcome would do significant damage to Scotland’s public finances and would cost our economy up to £11bn a year from 2030, and 80,000 jobs over a decade. We will continue to do all that we can with the powers available to us to grow our economy, protecting and creating jobs.

The figures give estimates of overall public spending and taxes raised in Scotland over a 12-month period. What they emphatically do not give is a picture of the finances of an independent Scotland.

That of course does not stop unionist politicians misusing the stats every year to try and discredit the case for full self-government.

“Historically, GERS figures have consistently shown that Scotland contributes more tax per head than the UK average, and in many  years have demonstrated stronger public sector finances than the rest of the UK.”

That in itself is ironic given that, historically, GERS figures have consistently shown that Scotland contributes more tax per head than the UK average, and in many  years have demonstrated stronger public sector finances than the rest of the UK.

That picture has evolved of course given the recent impact of low global oil prices and the knock-on effect on Scotland’s offshore sector and our wider economy. But there have been some encouraging signs for the North Sea industry in recent times.

And recent data on economic growth and unemployment – Scotland is performing better than the UK on both these key measures – gives cause for optimism.

While unionist politicians use GERS to talk about “Scotland’s deficit”, that is a misleading use of the figures.

Firstly, GERS gives a snapshot of Scotland’s public finances under the constitutional status quo – not independence.

“GERS gives a snapshot of Scotland’s public finances under the constitutional status quo – not independence.”

The figures used factor in UK Government spending choices – for example on Trident – which would be entirely different under an independent Scottish Government.

And secondly, GERS is based on a range of estimates and assumptions which cannot necessarily be applied to an independence scenario. The contrast with oil producing Norway for example is stark. Managing its own resources, and not constrained by economic polices made elsewhere, Norway shows what Scotland could be under full self-government.

The Scottish independence debate has been ill served by the focus up till now on GERS alone as an indication and predictor of the finances of an independent Scotland. After the considerations resulting from any transition period are taken in to account, there is clearly much that would change as a result of the decision to become an independent country.

These changes would have a significant impact on the budget and financing of Scotland even before the potential opportunities afforded by the reclamation of various reserved policies can be enacted upon.