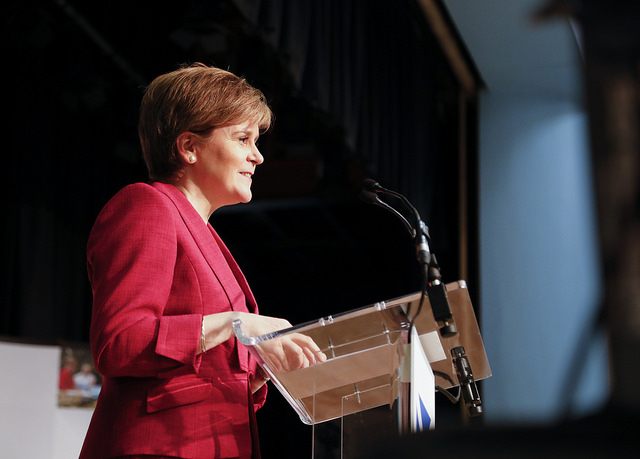 The Government Expenditure and Revenues Scotland (GERS) figures, frequently used as a political football, show both improvements and challenges ahead for the Scottish economy.

THE GERS FIGURES for 2016-17, published by the Scottish Government this morning, indicate that Scotland’s fiscal position has improved, with the nation’s notional deficit falling by £1.3bn to 8.3 per cent of GDP, while both North Sea and onshore revenues also saw increases since 2015-2016.

According to the Scottish Government’s executive summary of the GERS figures, Scotland’s public sector revenue, including an illustrative geographic share of North Sea revenues, was estimated at £58bn, or eight per cent of overall UK revenue. Of this, £206m could be attributed to the North Sea, while non-North Sea revenues came out at £57,743m.

According to GERS, Scotland’s public spending deficit stands at 8.3 per cent, compared to the UK deficit, which currently stands at 2.7 per cent. The Fraser of Allander Institute at Strathclyde University has observed this gap between Scottish and UK deficit figures is also the largest since regular GERS reports began.

“Scotland’s economy remains strong. In the last quarter, our economy grew nearly four times faster than the UK and the number of people in employment is at a record high.” First Minister Nicola Sturgeon

Speaking in Edinburgh at the bioscience community Edinburgh BioQuarter, First Minister Nicola Stugeon said of the latest GERS figures: “Scotland’s economy remains strong. In the last quarter, our economy grew nearly four times faster than the UK and the number of people in employment is at a record high.

“These figures reflect Scotland’s finances under current constitutional arrangements. However, they show that our investment in key industries – such as the life-science sector – is providing a real boost to our onshore economy.”

Addressing on the most common factors discussed in relation to GERS figures in recent years, Sturgeon went on to say that “the lower oil price had an impact on North Sea revenues and the wider economy last year. However, it is encouraging to see an improvement in the overall fiscal balance and that onshore revenues grew at their fastest rate in nearly 20 years.

“However, our long-term economic success is now threatened by Brexit, which risks reducing household incomes, employment and funding for public services. That is why we continue to press for the Scottish Government to have a direct role in Brexit negotiations.”

Finance Secretary Derek Mackay also commented on the possible economic implications of Brexit, saying: “An extreme Brexit outcome would do significant damage to Scotland’s public finances and would cost our economy up to £11bn a year from 2030, and 80,000 jobs over a decade.”

Dr Craig Dalzell, head of research at the Common Weal thinktank, said that there were “not too many huge stories in the figures today”.

“An extreme Brexit outcome would do significant damage to Scotland’s public finances and would cost our economy up to £11bn a year from 2030, and 80,000 jobs over a decade.” Derek MacKay

Echoing much of this morning’s post-GERS analysis, he attributed the drop in Scotland’s deficit to “the increase in onshore economic activity, which came up quite substantially”.

While acknowledging that onshore revenues had experienced their fastest growth since records began, Dr Dalzell pointed out that this was “a bit of an indirect measure.”

Given how GERS figures have often been subject to wildly different interpretations by those on opposing sides of the independence debate, Dalzell noted that he was seeing “a lot more people emphasising that GERS does not say much about Scotland’s independent finances”.

This refers to the point made by analysts that, while GERS reflects the Scottish economy under current constitutional arrangements and UK spending commitments, it offers much less indication of the economic strengths and weaknesses of an independent Scotland.

Another common response among independence supporters is that GERS was, under John Major’s government, originally commissioned with a specific political purpose, rather than as an exercise in objective data collection.

Ian Lang, Secretary of State for Scotland under Major’s government, famously wrote to Major in 1992 that GERS “is just what is needed at present in our campaign to maintain the initiative and undermine the other parties”.

“I would be quite confident in stating that GERS gives a reasonable representation of Scotland’s financial situation as a region within the UK.” Dr Craig Dalzell, head of research at Common Weal

Referring to this, Dr Dalzell responded: “That historical point is true, but I would very emphatically say that in the years since, especially since 2007 when the SNP took over, there have been significant methodological changes. I think Jim Cuthbert [Scottish economist] has been the one leading the charge on that.”

Asked to what extent GERS could be regarded as accurate and significant, Dr Dalzell said: “I would be quite confident in stating that GERS gives a reasonable representation of Scotland’s financial situation as a region within the UK.”

Addressing the limitations of GERS, Dr Dalzell pointed to his report for 2016 for CommonSpace, ‘Beyond GERS: Scotland’s fiscal position post-independence’, which argued that Scotland could achieve deficit parity with the UK without cutting public services.