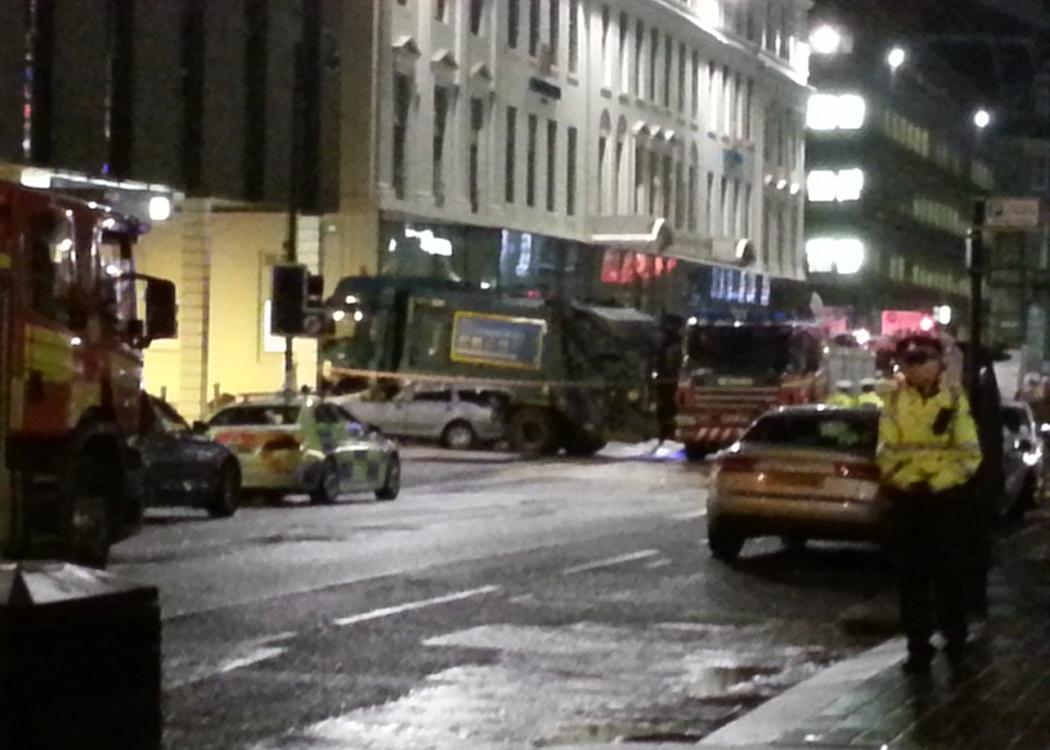 A fatal accident inquiry into a bin lorry crash, which killed six people and injured ten others on 22 December, is set to begin

CIRCUMSTANCES surrounding the Glasgow bin lorry tragedy last year are set to be scrutinised at Glasgow Sheriff Court as a fatal accident inquiry gets under way.

Dumbarton residents Erin McQuade, 18, her grandparents Jack Sweeney, 68, and 69-year-old Lorraine, were among the victims killed in the tragedy, which happened at George Square in Glasgow on 22 December last year. Stephenie Tait, 29, Jacqueline Morton, 51, from Glasgow, and Gillian Ewing, 52, from Edinburgh, also died after the lorry lost control, eventually crashing into the Millennium Hotel.

Bin lorry driver Harry Clarke, who collapsed while driving the vehicle, is set to give evidence to the FAI. The Crown Office has already stated that the inquiry will not result in any criminal prosecution, describing the incident as a tragic accident.

Scotland’s second most senior law officer, Solicitor General Lesley Thomson QC, will lead the FAI. The FAI was initially to take place before Sheriff Principal Craig Scott, but he withdrew after becoming aware that he knew one of the deceased and was known to the deceased’s family. Sheriff John Beckett QC is now overseeing its developments.

The FAI seeks to explore what if anything could have been achieved to bring the vehicle to a controlled stop, as well as look in detail at technical aspects of the lorry involved in the accident.

A partner and serious injury specialist at Irwin Mitchell Scotland’s Glasgow office, Elaine Russell, stated in The Scotsman : “Around seven months on, there remain a huge number of questions regarding the sequence of events which led to this terrible incident.

“However, further answers are a vital part of allowing our clients and those injured and bereaved following the crash to move forward with their lives.

“Both those affected by the crash and the wider community in Glasgow will be hoping that the FAI provides vital information regarding the crash and that any such detail will be key to ensuring that steps can be taken to prevent such an incident from ever happening again.”

David Wilson, a senior lawyer and representative of one of the victims, warned the loved ones of those who lost their lives in the accident that delving into the intricacies of the FAI may prove extremely emotional and stressful.

Wilson was quoted in the Herald stating: “It will be extremely difficult emotionally for everyone involved, for all the victims’ families and for the driver and his family. What I think everyone hopes is that the inquiry is vigorous and will answer questions the families have, and that lessons can he learned for the future.”