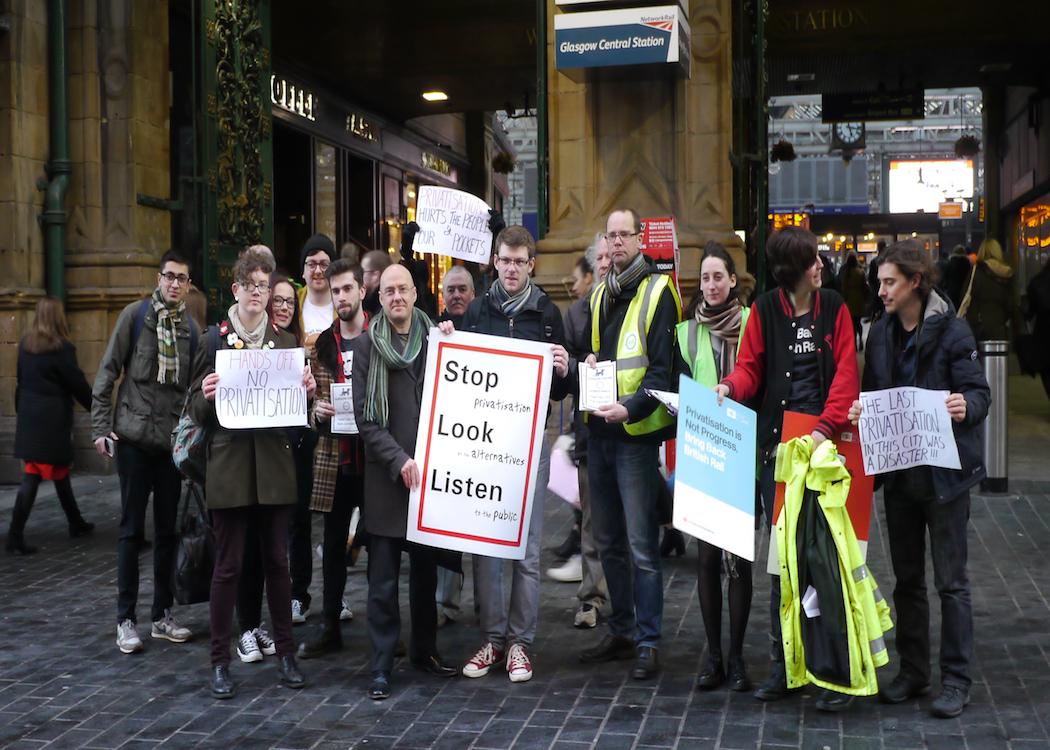 THE POSSIBLE sale of Glasgow Central station is outwith the power of Network Rail, according to the Scottish Government’s transport agency.

The confirmation comes as campaigners gathered at the city’s biggest station on Friday to alert the public to the possibility that it could be privatised.

Network Rail has begun exploring ways of making extra revenue from the public spaces it owns which includes Glasgow Central and Edinburgh Waverley. CitiGroup has been hired to explore options.

Speaking to Commonspace, a Transport Scotland spokeswoman said: “Network Rail would not be able to sell any stations in Scotland without the agreement of Ministers. No approach has been made, nor is one expected.

“Ministers have made clear publicly they are opposed to privatisation of Network Rail. Glasgow Central and Edinburgh Waverley stations are simply not for sale.”

“Scotland can bring its railways back under public ownership in the next session of the Scottish Parliament.” Glasgow MSP Patrick Harvie

Campaigners handed out leaflets to members of the public and gathered signatures in opposition to any possible privatisation of stations.

Glasgow MSP Patrick Harvie, who was among the demonstrators, reacted to Transport Scotland’s statement by saying: “If that’s the position it’s really encouraging. The Scottish Government do now have some ability to feed into the decisions that Network Rail make about its future operations.

“I think they very clearly need to be put on the spot to make sure that this is permanent position, that our stations will not be privatised or even part privatised.”