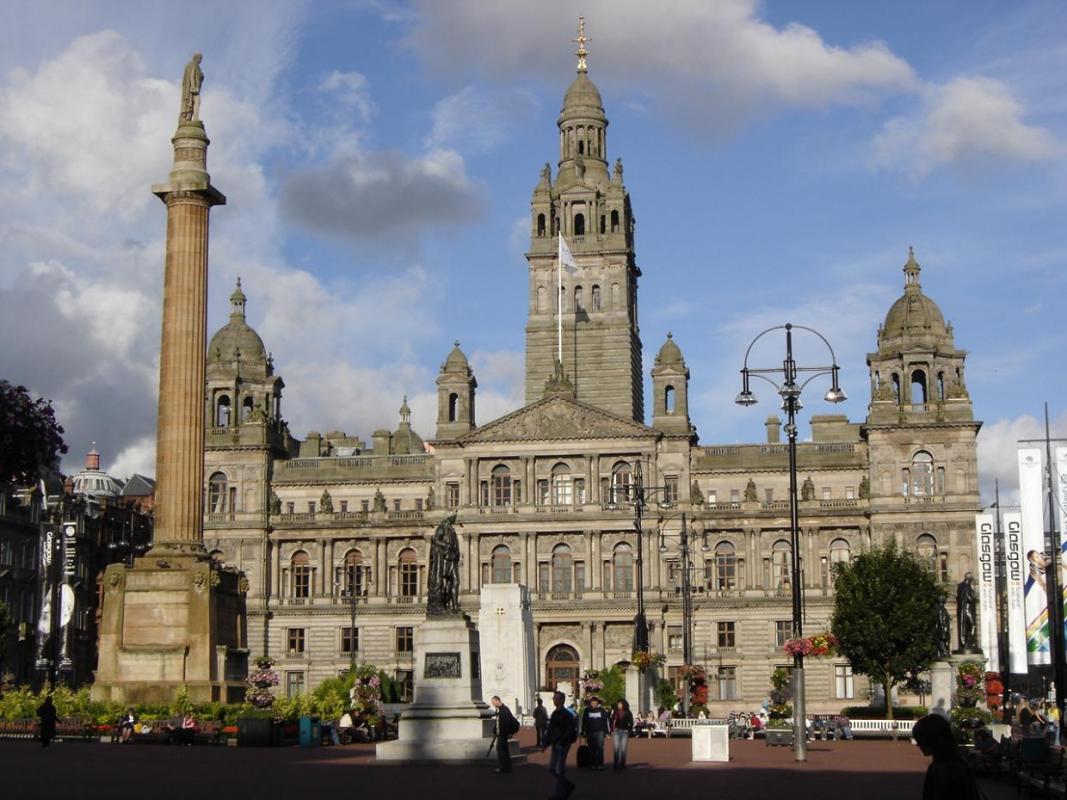 GLASGOW City Council has pledged to make PS29m worth of cuts in a budget passed by councillors on Thursday, despite protests in the city calling for an end to ongoing austerity.

The Labour party administration passed its proposals, which included cuts to education, disability and mental health services, despite opposition from the Scottish National Party group and Glasgow Greens councillors.

Hundreds protested outside the city chambers ahead of the meeting, including those concerned over the closure of two day centres for those with learning disabilities, a rise in school meals prices and reductions in social care budgets for the elderly.

PS2m will be cut from education services for children in hospital, PS1.5m from Glasgow Life, including posts at the Mitchell Library, PS3m from voluntary housing support for the elderly, PS3.4m from voluntary organisations and social work, and PS1m will be raised through unspecificied fees and charges.

School meal prices will increase from PS1.50 to PS1.90 by August 2016. School windows will now only be washed once a year.

Ian Hood, from Learning Disability Alliance Scotland, criticised the budget and stated: “It’s time for the council to change its track.”

Protestor Marion Nisbet, when she chained herself to the City Chambers, told CommonSpace: “The main reason we’re here today is because they’re putting the cuts on the most vulnerable. As a Glasgow girl I want to be on the right side of history and that means standing up for vulnerable.”

The council debating chamber was dominated by who was responsible for the state of city finances. The council administration, the Scottish Government and the Westminster government were all targeted with criticism from councillors.

There were several angry exchanges between the Labour administration and the SNP opposition.

Councillor Paul Rooney, City Treasurer, claimed that GCC had been subject to PS109m of cuts from the Scottish Government since 2007. Every Labour councillor blamed the SNP for the budget cuts.

In response, SNP councillors blamed the Labour party and the cuts to the Scottish Government budget from Westminster.

Councillor Susan Aitken said: “If Glasgow is getting a poor deal, that’s the fault of council leaders failing to negotiate a good deal.”

SNP Councillor David McDonald described the budget as an “unjust and unfair attack against those with the least ability to defend themselves”.

Labour responded by mocking the “unbearable vagueness” of SNP’s alternative budget. Councillor Alistair Watson said: “There is no substance to the SNP budget proposals. There is no detail.”

The Green’s Martin Bartos called for innovation in local trade, by considering a ‘Glasgow currency’ similar to the Bristol pound.

Bartos handed out examples of the Brixton pound in the debating chamber, and joked that they would not constitute a bribe to fellow council officers.

Kieran Wild, also a Green councillor, called on the public to “look beyond the empty tribalism of the SNP and Labour – we need to consider more local taxation.”

Prior to the debate Brian Smith, branch secretary of trade union Unison, supported a “no cuts budget” by removing PS9m from council reserves and adding PS20m to the council’s PS1.6bn debt.

This proposal was not mentioned during the debate, which largely focused on the cause of the cuts rather than alternative solutions to the financial situation.