Trade unions joined forces on Thursday to oppose the move by the council.

The Court of Session ruled last month that the council’s grading system introduced in 2007 may have been unfair to women, meaning they were paid less than male colleagues.

“I think it’s completely disgraceful, it’s a complete contradiction to what they said before the election.” GMB Union

The SNP’s manifesto pledge in the lead-up to the council elections staed they would resolve any pay issues should they be elected.

GMB Spokesperson Hazel Nolan said: “I think it’s completely disgraceful, it’s a complete contradiction to what they said before the election.

“This is the SNP’s first opportunity to show they’re different to the previous administration and, at the moment, they look exactly the same as the one that went before them.”

SNP leader of Glasgow City Council Susan Aitken blamed the previous Labour administration for the dispute, as Labour was in power when it arose.

The SNP manifesto stated they would solve the quarrel if they were voted into power during local elections.

Nolan said staff members “don’t care” who is to blame and they just want it sorted out after losing their time whilst working.

“This council have spent millions fighting them for their own money. It’s been going on over ten years now and it should have been sorted out a decade ago.”

Susan Aitken said the council would settle the women’s claim and keep to her manifesto pledge to shell out.

“Crucially, leave to appeal does not mean appeal.” Susan Aitken

She claimed the permission to appeal the decision was merely a legal process the council had been advised to go through, but it did not mean negotiations would end badly for the women.

Aitken said: ““Any remaining legal proceedings will only be for the purposes of providing clarity. They will not be used to delay or put barriers in the way of reaching a settlement. Crucially, leave to appeal does not mean appeal.”

The council leader claimed the long-running dispute was coming to the “end of the road”. She has already instructed talks to take place.

Aitken said the previous Labour administration had “stuck their heads in the sand” over the issue and denied the women justice. 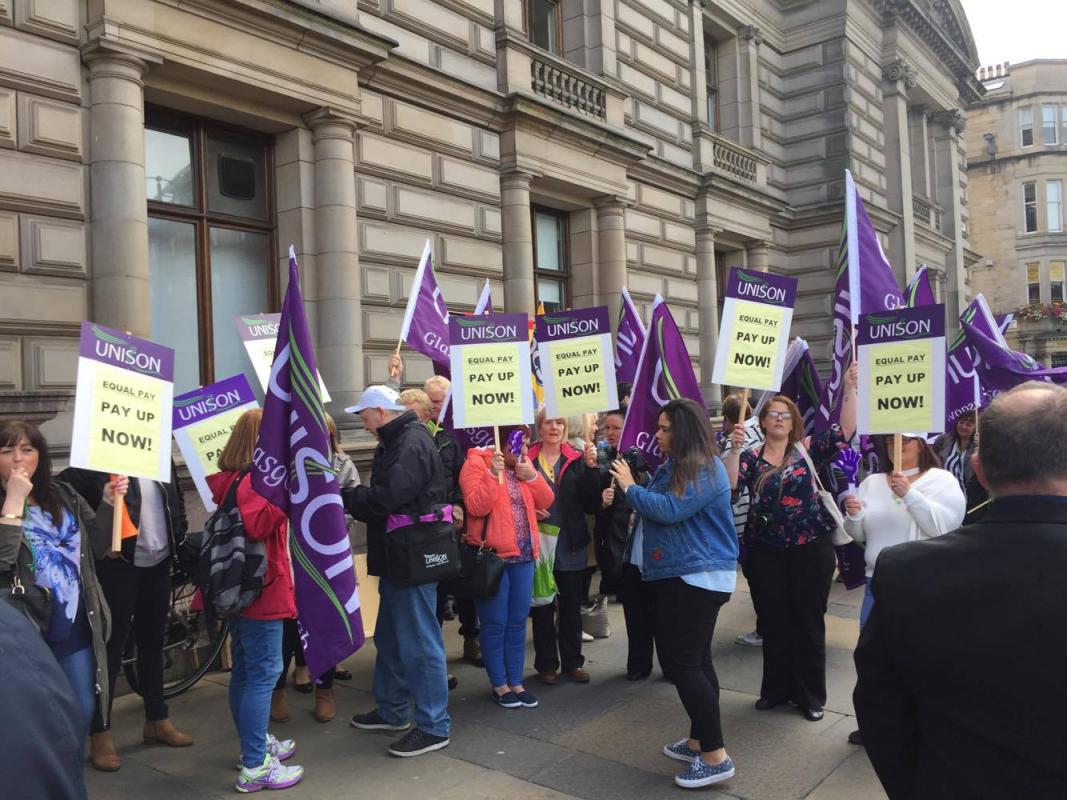 The appeal could cost the council “millions” in legal fees but Aitken claimed it was the “right thing to do.”

“There’s a big sign above George Square that says “People make Glasgow” – these are the women they’re talking about.” GMB Union

“It’s also the right thing to do. We can’t put a figure on how much this will cost as none of that work has ever been done and we hope to have that in the coming months as negotiations progress.”

GMB spokeswoman Nolan said the council has the opportunity to kick the women’s claim “into the long grass” but insisted the union won’t let that happen.

Nolan said: “There’s a big sign above George Square that says “People make Glasgow” – these are the women they’re talking about.

“They feed your children, they clean the schools, they go to look after people when they are sick and need home care.”

Council leader Aitken said: “We will be doing everything we can to protect frontline services and will work to keep this separate from the day to day running of the council.

“We have also begun discussions with other parties, including the Scottish Government, for a potential route out of this.”